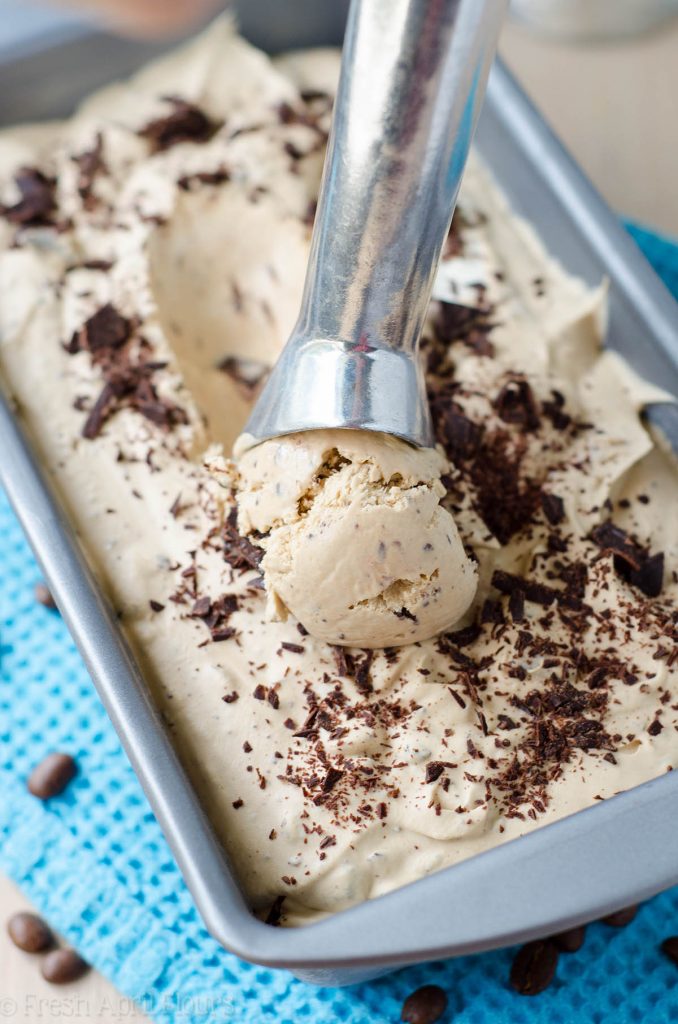 So I didn’t talk too much about the specifics of my pregnancy here, but now that it’s all said and done and everything turned out a-ok, I can!

The last 10 or so weeks were a little worrisome as we found out that our little dude was, in fact, a little dude. Although he always measured proportionate to himself, he measured behind consistently from 20 weeks on.

At around 28 weeks, we started seeing a specialist twice a week (exhausting) to keep track of all kinds of things.

Long story short, he wound up being a 5 pounder at birth, and under 5 pounds when we brought him home. Perfectly healthy, no NICU time, just a tiny guy.

Lucky for him and for all of us, he’s gaining weight like a champion and is already 8 and 1/2 pounds at 6 weeks old!

I make no secret that Matt and I keep a pretty healthy lifestyle around here, and I tried fairly hard to follow suit during my pregnancy. Of course, I had plenty of indulgences along the way, but for the most part, I continued to eat pretty healthy and also kept working out up until 36 weeks.

Once I hit about 32 weeks, though, I noticed a lot more indulgences showed up in our grocery haul. Matt does the cooking in our house, so he also does the grocery shopping.

I don’t normally have too much of an opinion on what we eat, so I just let him do his thing. I started seeing more snacks like crackers and pretzels, the occasional donut or muffin, and most often and surprising– ICE CREAM. 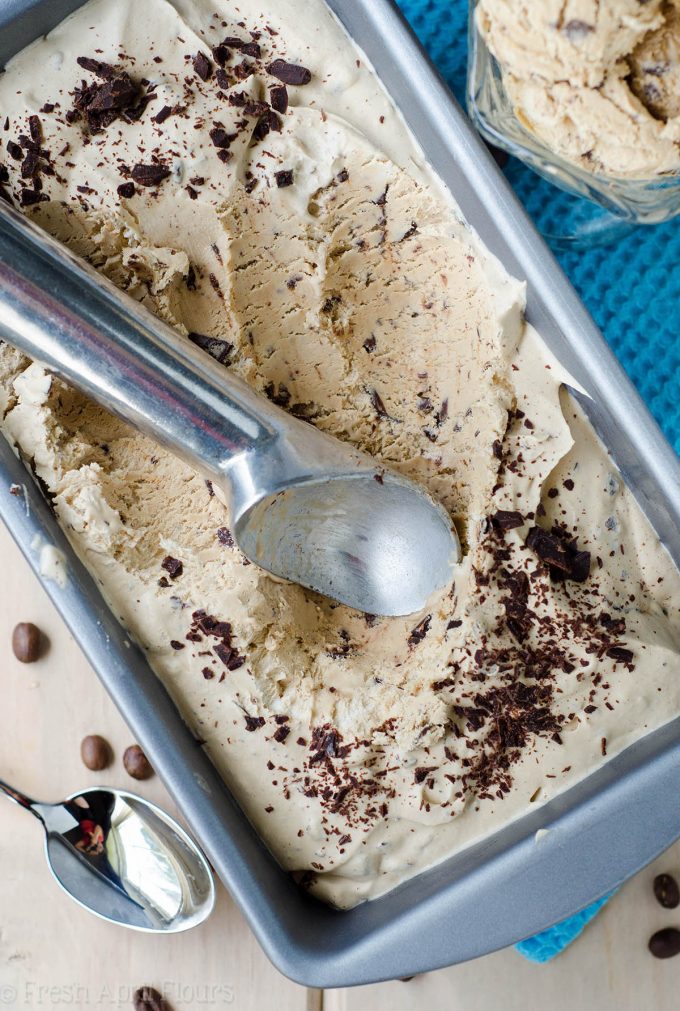 We are not ice cream keepers in the April household. Some people always have some on hand, and those people are smart people. We don’t, because we know that we will just eat it all the time.

Matt had a plan and I didn’t even notice.

He was trying to pump me up with calories to help our little guy grow. I wound up gaining a total of 35 pounds during my pregnancy, and a large portion of it was in the last 6 weeks.

Who knows if this actually helped our little guy gain some weight, but maybe it did. Either way, my tastebuds were so happy during the last leg of my pregnancy, and, thanks to exclusively breastfeeding, they are still pretty happy.

The ice cream flavor that showed up most often in our freezer was both of the coffee varieties of our favorite store-bought gelato. We ate it so often, I was worried that I was increasing my caffeine intake too much!

Since giving birth, we haven’t really had much ice cream around, but I had to recreate that delightful little treat in our kitchen so that I knew we could have it whenever we want.

So I went with that again, since time is not something I have a ton of at the moment, and no churn ice cream takes about 5 minutes to throw together before it just needs time to hang out in the freezer. 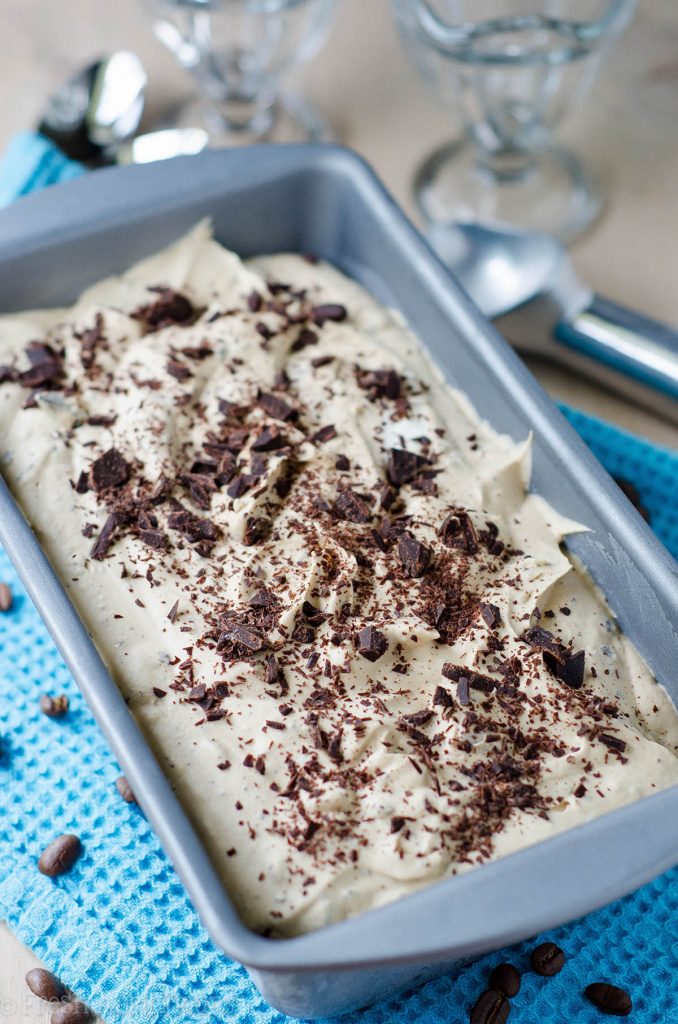 For this no churn coffee ice cream, you need 6 ingredients. And one of them is water. So really, 5 ingredients. And if you don’t want to add chocolate chunks (please, do! You won’t be sorry!), then only 4. You can totally do this.

All you need to do is whip up some heavy cream, sweetened condensed milk, and some vanilla extract.

You’ll whip this for about 3-4 minutes, until it’s thick and smooth. Just be careful not to whip too long– you’ll wind up with sweet butter in a hurry!

After that’s nice a fluffy, you’ll add some coffee. I used a super concentrated form of coffee that I made with water and instant coffee grounds. If you’d like to up the coffee flavor even more, make it even more concentrated.

Less? Use some brewed coffee instead. For me, this amount of instant coffee was the perfect amount. Bold and prominent, not at all an afterthought. 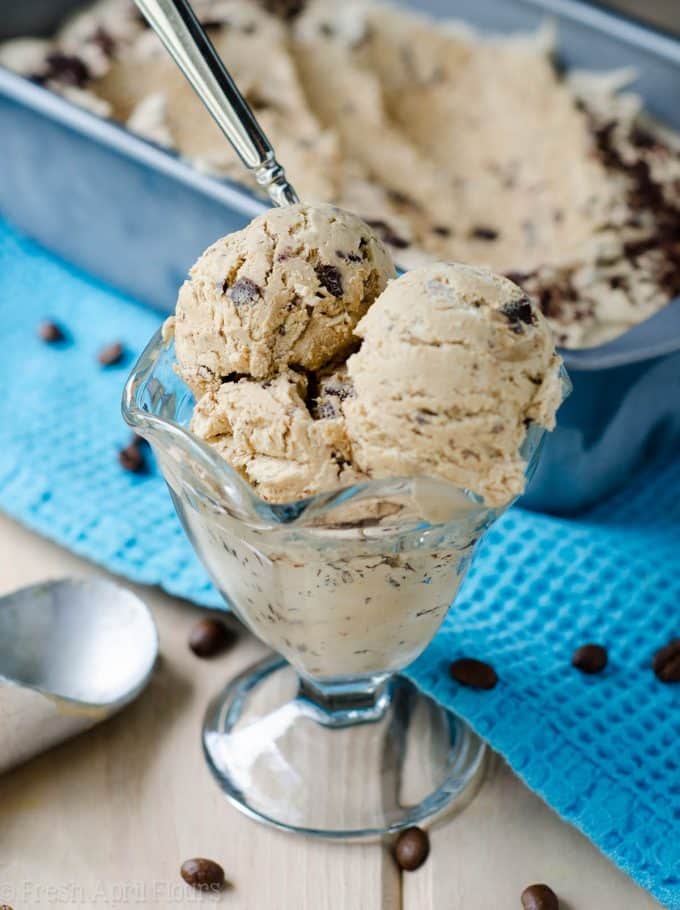 The chocolate chips/chunks/shavings/whatever are totally optional. But, I am a chunky lover, so of course, mine had to have them! I chose to chop up a semi-sweet chocolate bar, but you can totally use chips, chunks, or whatever your coffee and chocolate loving heart desires.

This was one of my favorite treats that I’ve ever made.

It may be because I absolutely love me some coffee, but also, it’s fast, it’s simple, and although it requires a tiny bit of elbow grease, it doesn’t break the bank nearly as much as buying coffee ice cream at the store might if you go through it as quickly as a third trimester mama and her crazy-awesome-metabolism hubs can.

Light and refreshing for summer, yet bold enough to curb that sweet tooth in cold weather just the same. I think that no churn coffee ice cream should be a thing we all have in our freezers from now on, just in case of ice cream emergencies. 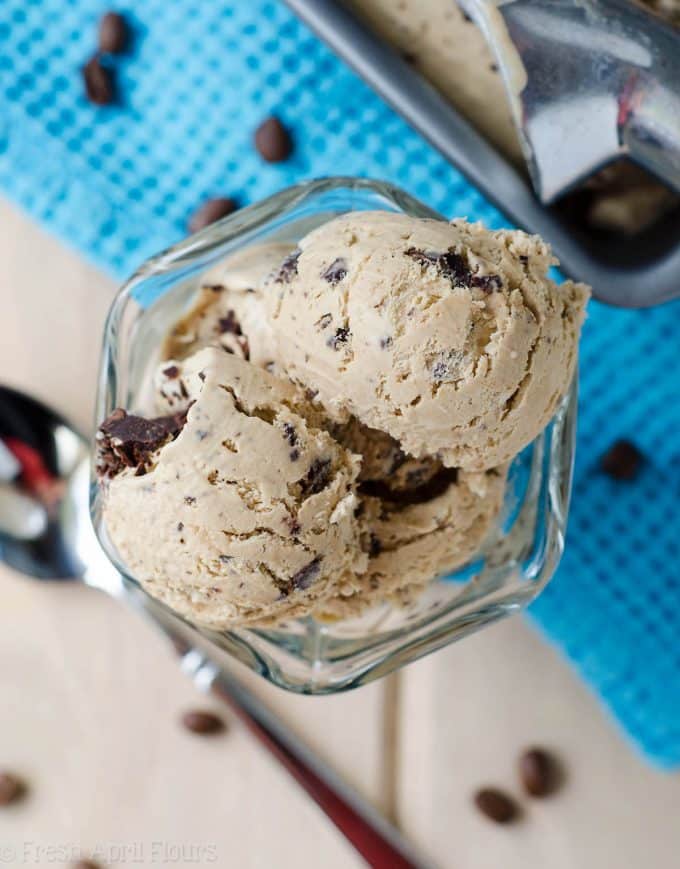 Because ice cream emergencies are a thing and you can never be too prepared. 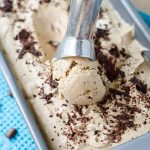 Try my No Churn Peanut Butter Ripple Ice Cream next! 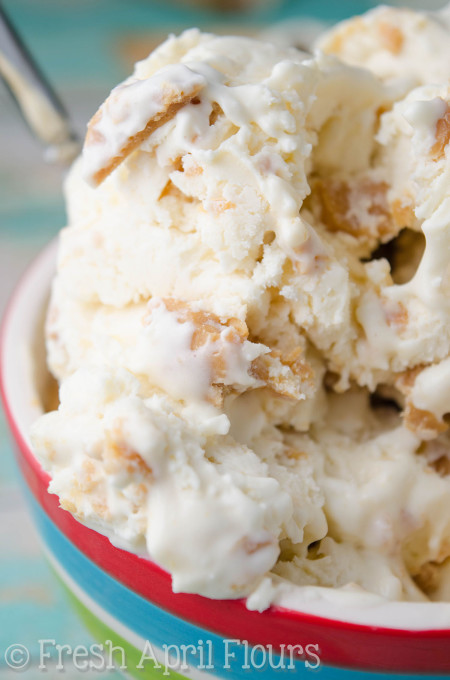 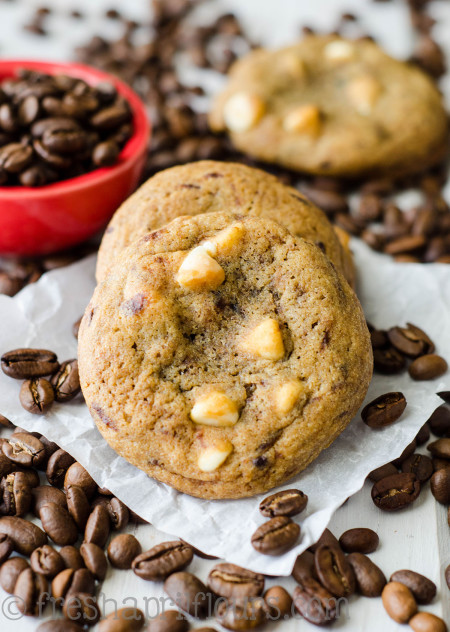 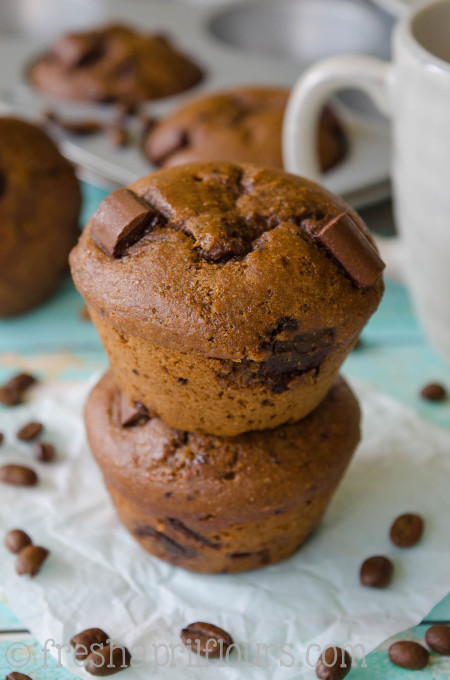 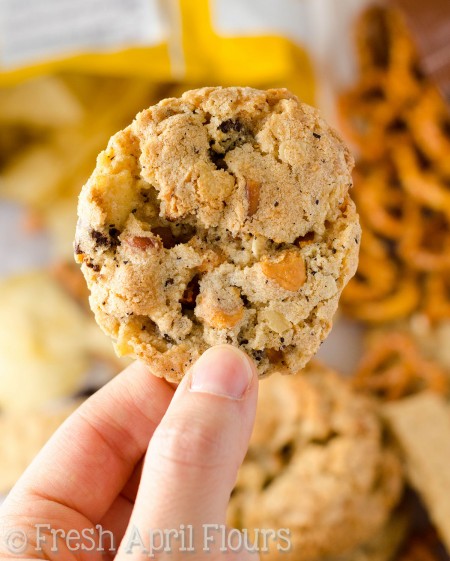 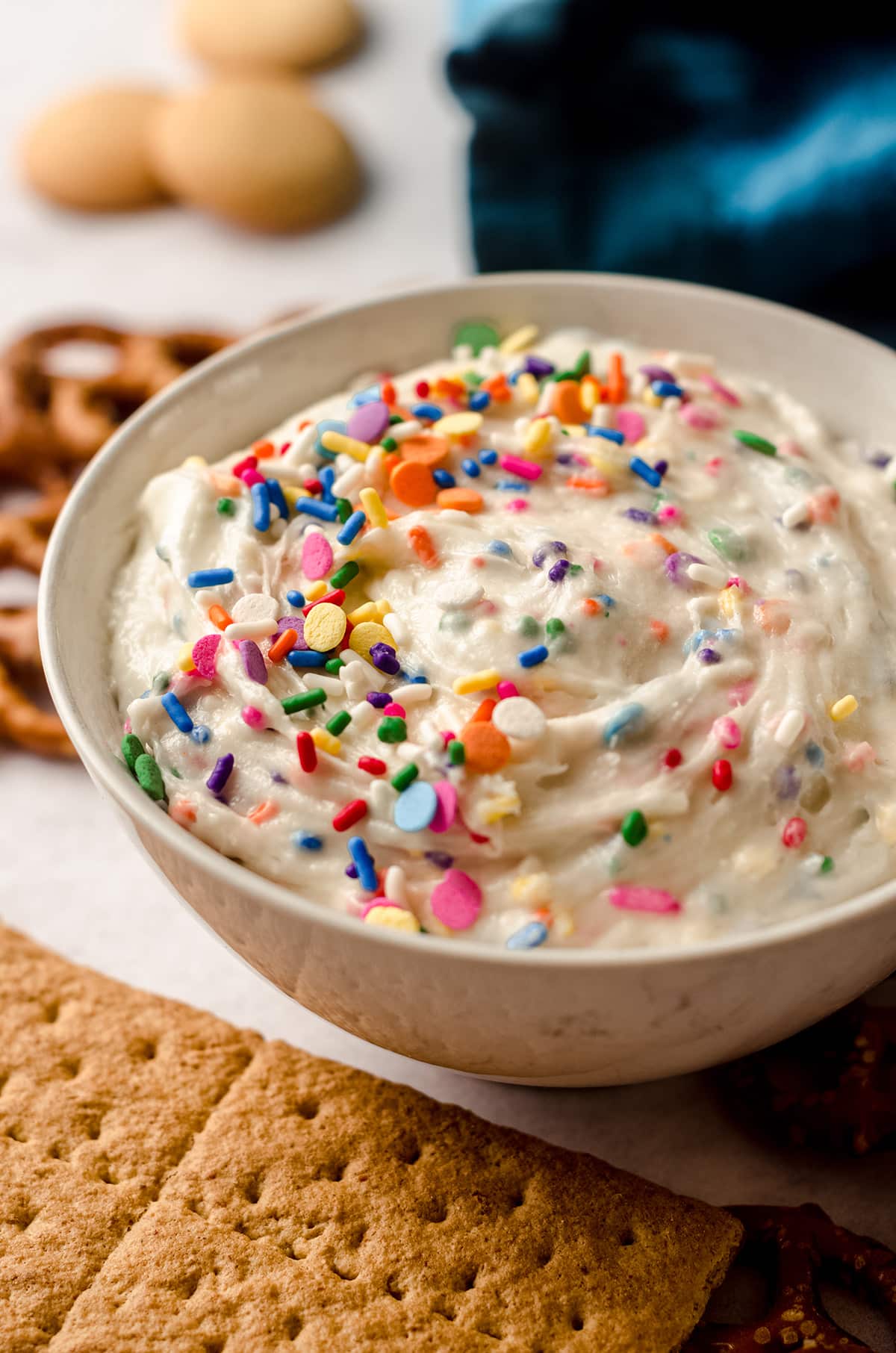 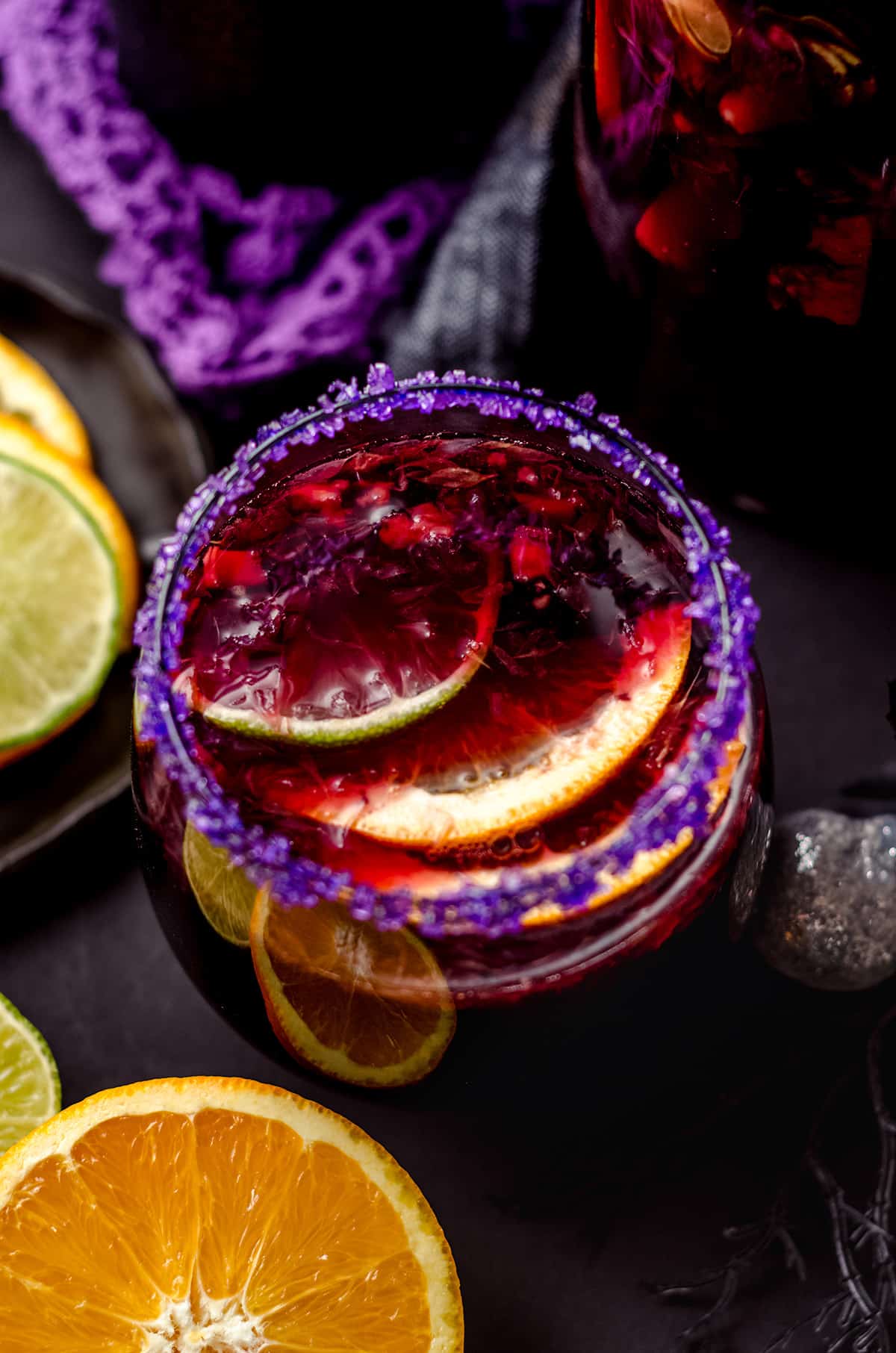 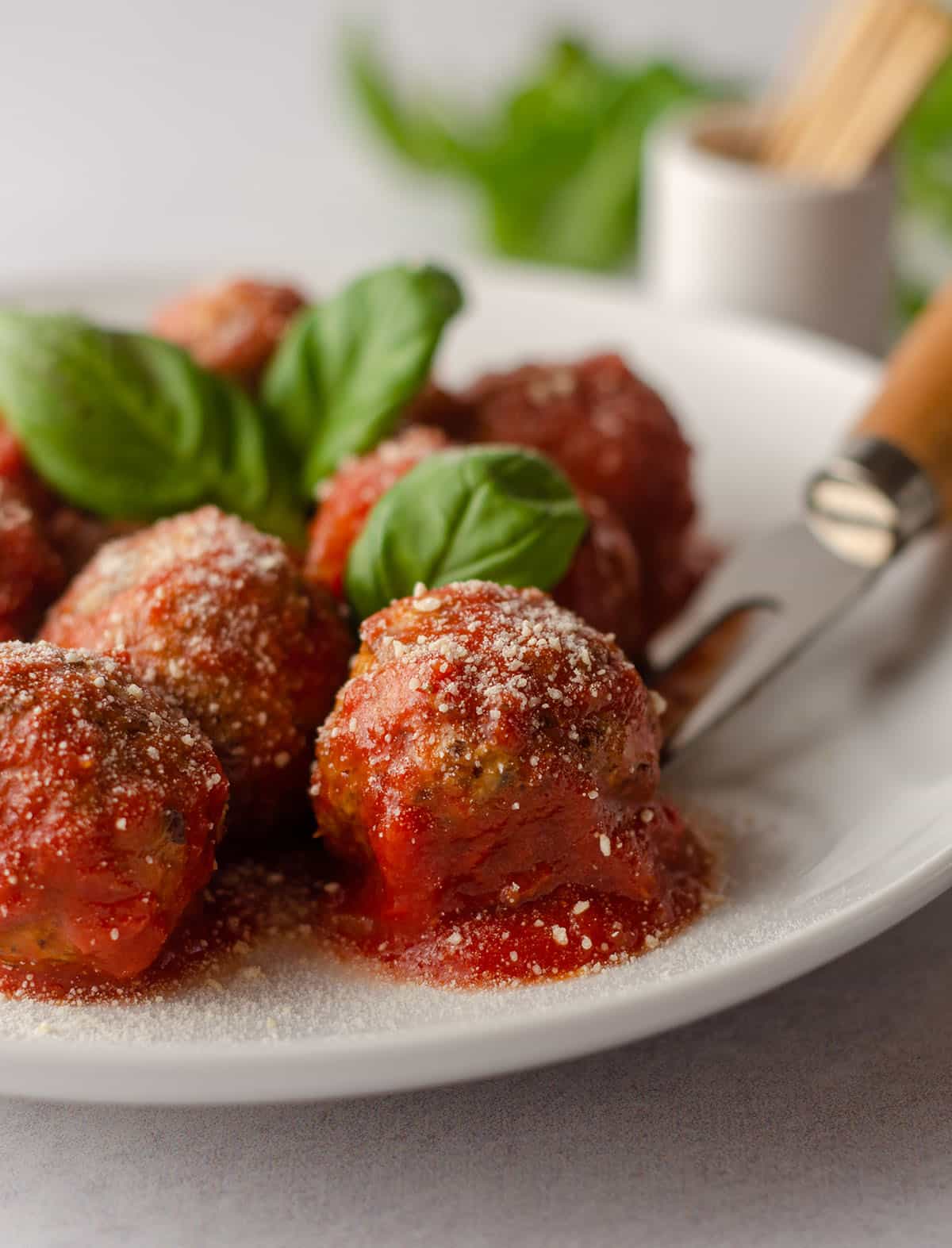 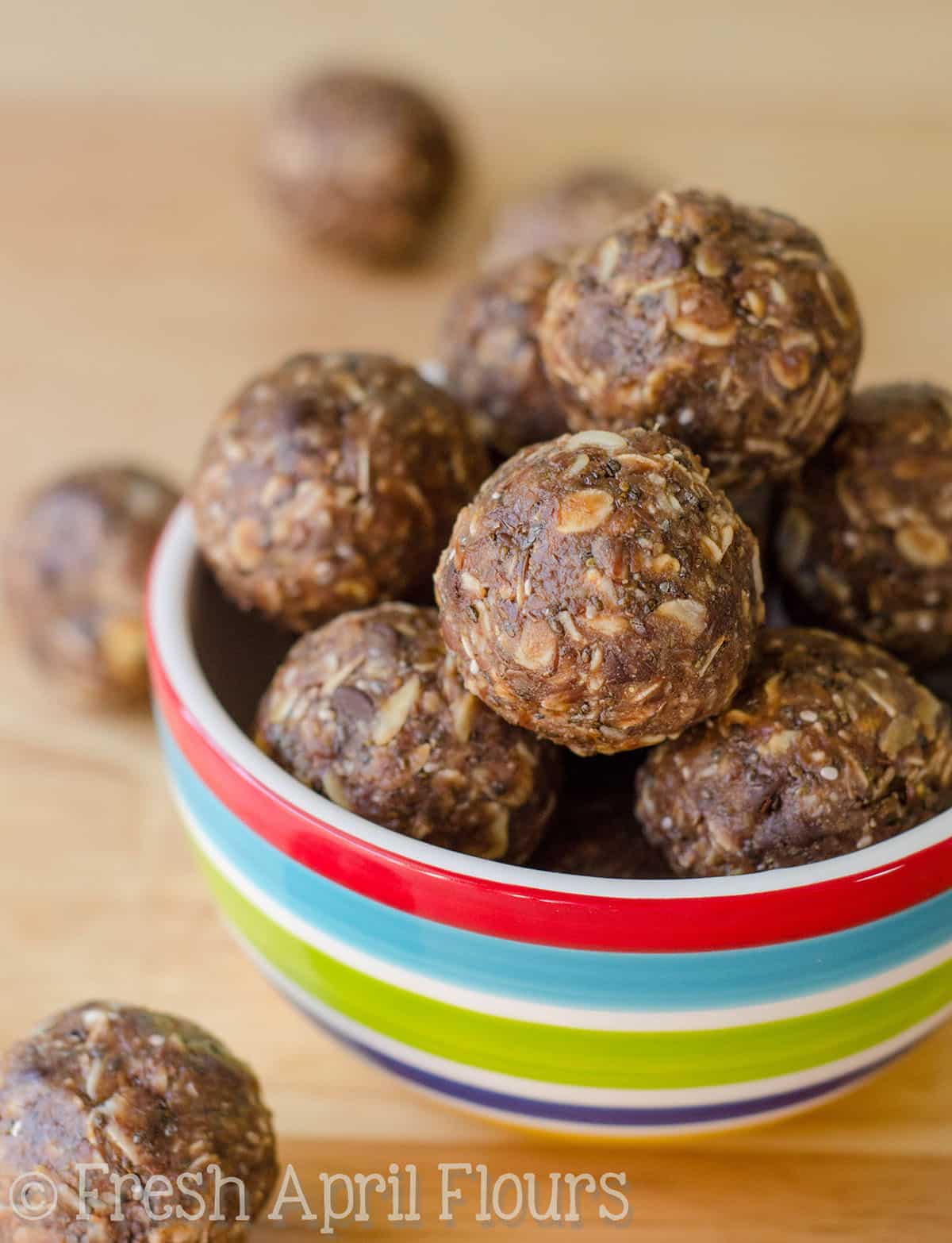 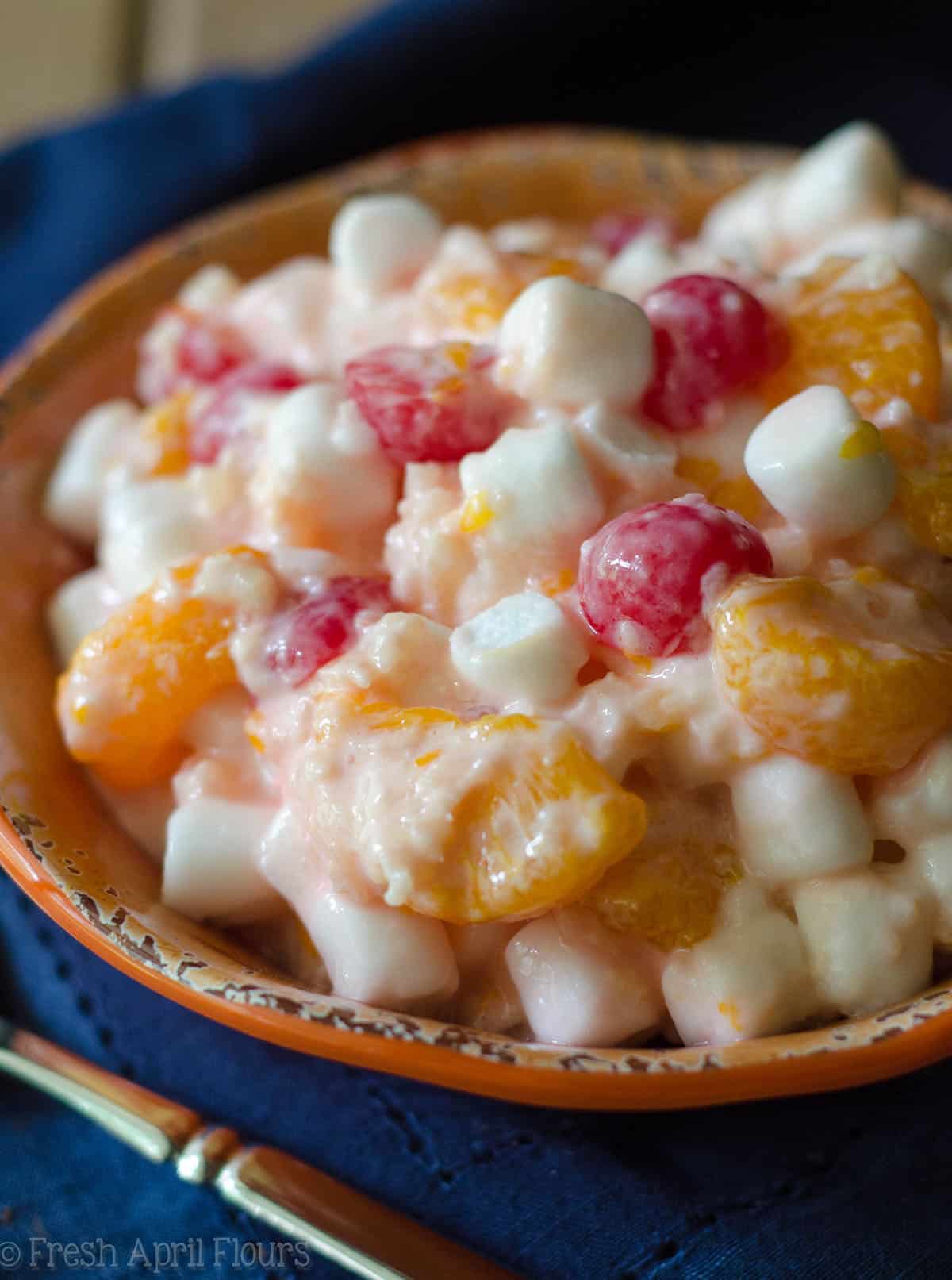 Ice cream can be so dangerous! I definitely have at least one IC – esque treat in the freezer at all times. I’d love to make a coffee version like this one!

OBVIOUSLY I am already obsessed with this, without even trying it. You know us Monicas and our coffee addiction 😉 As soon as I am back on dairy, this is 110% happening. I’ll call it my push present to myself haha.

I love that Matt was secretly trying to plump Joey up by feeding you extra calories. Such a good dad he was before even seeing Joey in person!

YES! Totally the perfect push present, haha!! And yes– such a great dad from the beginning! 🙂

Ice cream emergencies are DEFINITELY a thing, and we should all heed your warning and have coffee ice cream on hand for such times! Matt is so cute trying to get Joey big and strong by feeding Mama Roo ice cream 🙂 This one will be in our freezer before too long I can assure you of that! Knowing my Dad, he will be over quick fast as soon as he hears the cream being whipped!

Definitely a great dad, trying to keep up with all of us! I’m so glad you understand ice cream emergencies too, Amy! 🙂

Hahaha your story made me giggle – what a husband! Sounds like the best 6 weeks ever 😉 Hahaha I just love ice cream but can’t have it on hand either. Chocolate on the other hand… I love this ice cream Lynn! Your photos are gorgeous – pinned!

Absolutely loved it!
Although for me, I didn’t use the full can of condensed milk, I added 4 to 5 more tablespoons of water to the coffee mix, and I used 400 grams of cream.
The quantities were changed a bit, but all in all, it was AMAZING WITH A CAPITAL A!!
Your story, btw, was so funny!

My friend, Lynn, made this with nuts for our women’s group. It was absolutely perfect! Well, except I have been almost totally decaffinated for 30 years. I went to bed at 2:00am, finally asleep at 4:00 (kind of.) My heart felt like I’did been digging ditches. Alas! I’m eager to make my own delight, but using decaf!

Oh man!! That is definitely a caffeine conundrum! I’m glad you liked it though– smart idea about adding nuts! I love that!

This coffee ice cream looks so delicious! I want to make it this summer. I’m sharing your post on my blog at Heart Loves Home this week. I’m writing about creative ways to use coffee.

If I choose to use brewed coffee instead, how much would I need?

Hey, Erin– I’m afraid brewed coffee won’t work quite the same. You can try using 2 Tablespoons of super concentrated coffee (like espresso), but it won’t be as rich of a flavor.

Can I use 30% whipping cream for this recipe?

Hey, Carole– you’ll really want to use the sweetened condensed milk, otherwise there will be no sweetness.