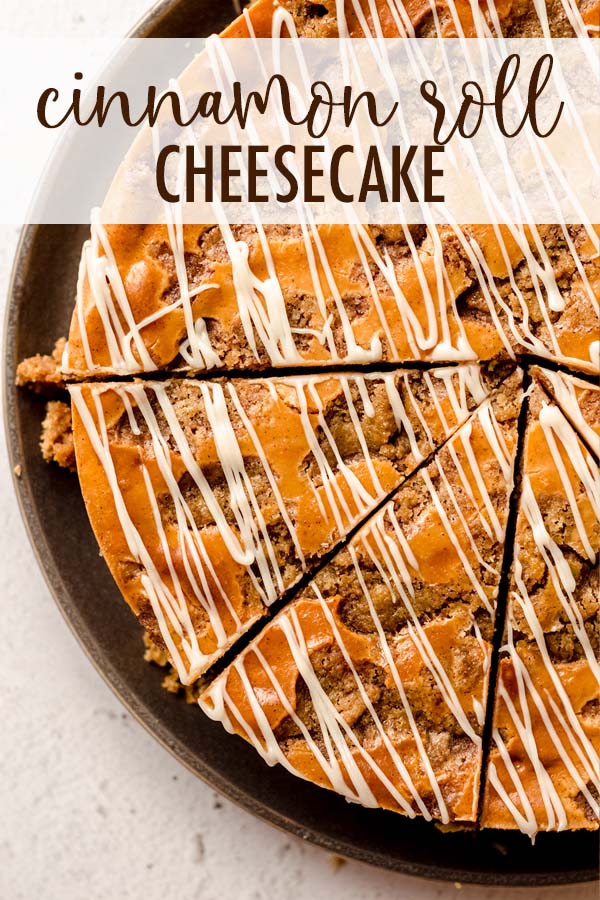 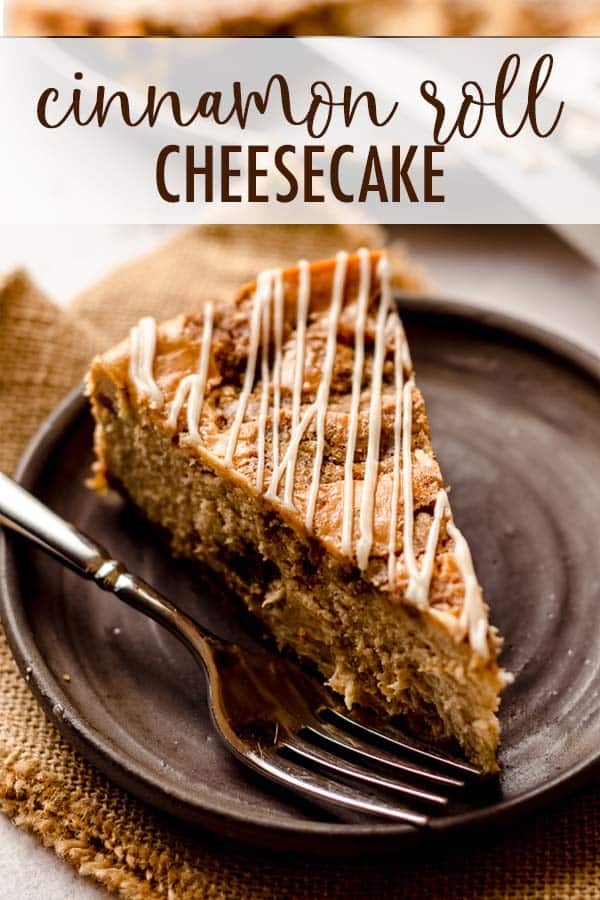 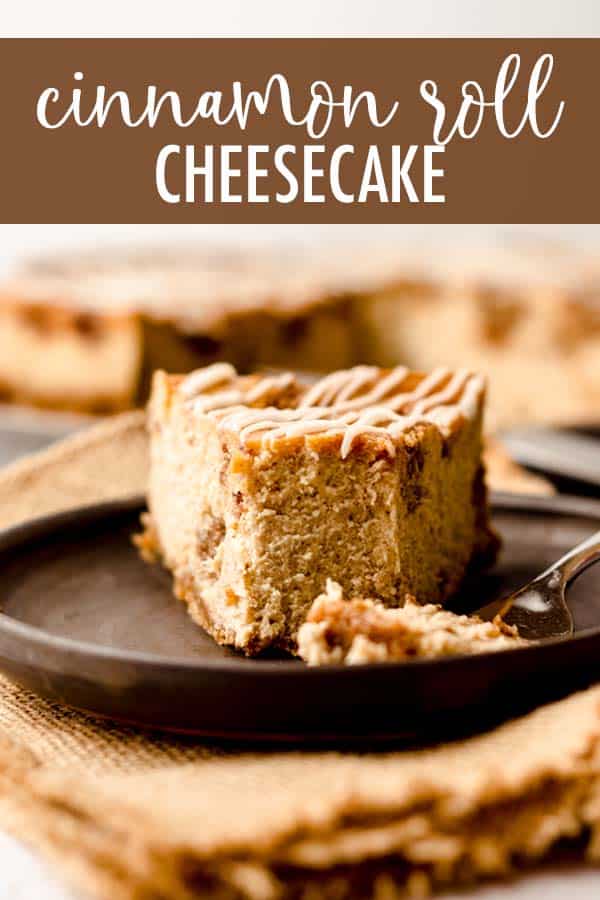 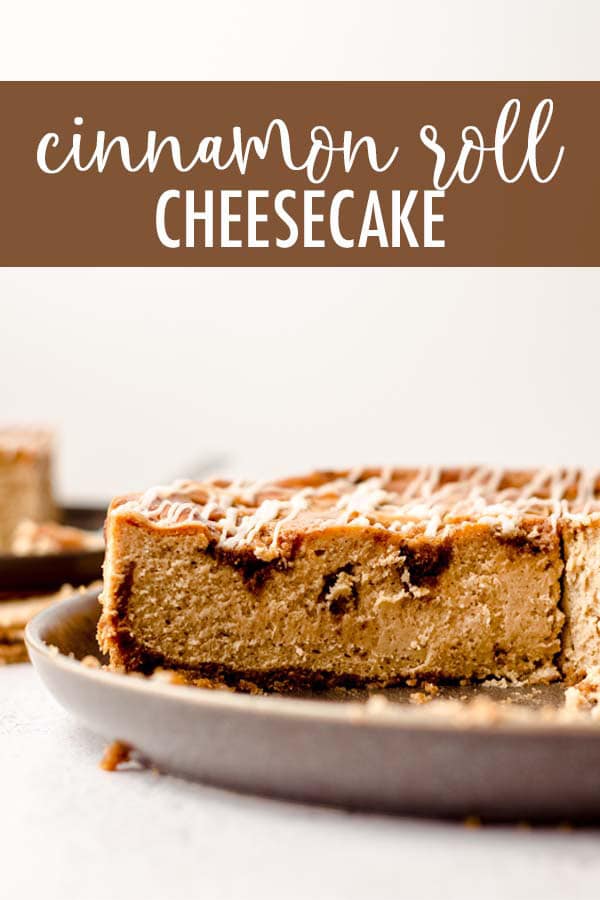 Welcome to #FallFlavors where more than 25 food bloggers are sharing recipes with favorite fall flavors. Our sponsors (Millican Pecan, Dixie Crystals, Melissa’s Produce, Taylor & Colledge, Nairn’s, and Republic of Tea) have furnished participating bloggers with complimentary product to use in their recipe creations that they will be sharing this week. Be sure to follow our Fall Flavors Pinterest account for more inspiration.

If there’s one spice out there that I can just never get enough of, it’s cinnamon. I’ve said it from the beginning of my blog that cinnamon is one of my favorite spices to bake with, and you can find every recipe I have using ground cinnamon right here.

Besides the obvious like cinnamon chip scones, cinnamon streusel coffee cake, sourdough cinnamon rolls, cinnamon honey butter, apple cinnamon oat streusel muffins, and cinnamon babka, I have even found a way to get cinnamon into my peanut butter cookies.

Yeah, I totally love it.

And while I’ve always loved September because it’s my birthday month and I am usually DONE with hot weather come early August, what has made it even better in recent years is seeing all the absolutely delicious recipes my fellow blogging friends create around fall flavors.

Truly, I am a sucker for pretty much anything I see that mentions cinnamon, so when I had to create a fall-inspired recipe for this month, I knew that cinnamon + cheesecake (my newest favorite dessert to bake) just had to happen.

I’ve talked extensively about exactly how to make a cheesecake in my debut cheesecake recipe, funfetti cheesecake. But every good cheesecake follows essentially the same formula.

We need a springform pan, lined with some sort of crust, an epic cream cheese filling, and then either goodies inside the cheesecake filling itself or some kind of fun topping. Simple, right?

I have seen cheesecakes out there with lots of layers or piles of fruit and/or sauces on top and while I will likely branch out into “extravagant cheesecake world” eventually, I like to keep my cheesecake recipes plain and simple for now and really bring the wow with flavor in each individual aspect of the cheesecake.

Let me tell you what I mean.

I wanted the crust of this cinnamon roll cheesecake to differ a bit from the traditional cheesecake, so I played with the flavor a bit. While there is nothing wrong with going with a traditional graham cracker crust, I highly recommend kicking the vanilla flavor up a notch and grabbing some Nilla Wafers.

(You can dip your remaining Nilla Wafers into cake batter dip, pumpkin dip, or gingerbread dip!)

Press into a springform pan, then bake for 6-8 minutes. While that’s baking and cooling, you have two fillings to tackle.

The filling for this cinnamon roll cheesecake is absolutely where the magic happens. You’ll want to prepare it before diving into the cheesecake filling part so that it’s ready to go when it comes time to pour the filling into the crust.

This cinnamon roll filling is made from butter, brown sugar, and cinnamon for flavor. You’ll also add some flour to sort of bind things together and create chunks of cinnamon filling.

These chunks of filling will come into play in a bit. Set the filling aside for now.

You’ll notice that the cheesecake filling for this cinnamon cheesecake recipe calls for 23 ounces of cream cheese. And you might be asking… But, Lynn. What the heck is going on? Why not 24 ounces, or 3 full blocks of cream cheese?

If for whatever reason you don’t want cream cheese frosting on top, go ahead and use all 24 ounces. This will not alter the recipe enough to make any other adjustments.

The cheesecake filling also gets sweetened with brown sugar and spiced with a hefty dose of cinnamon.

You’ll need all of these ingredients at room temperature, which is key in creating that silky smooth cheesecake filling. Any lumps and bumps will show up in the final baked cheesecake, so make sure everything is nice and soft before combining it all.

HOW TO MAKE CINNAMON ROLL CHEESECAKE

Once your cheesecake filling is ready, you’ll grab it along with the cinnamon filling you already prepared.

Start by layering in about ⅓ of the cheesecake batter. Break your cinnamon filling into three equal chunks, then crumble one chunk into smaller pieces and scatter them around on top of the filling.

Your third and final layer will mean that the top of your gooey cinnamon roll cheesecake will have what I affectionately called “cinnamon craters,” as the cinnamon filling will melt slightly but still keep its chunky shape, and indent slightly into the top of the cheesecake.

My best tip for transferring a cheesecake from the springform platform to a plate: loosen the crust from the platform with a large metal spatula, then use that metal spatula + a flat spatula to lift and move. Work quickly but carefully.

I chose to drizzle my entire cheesecake with cream cheese frosting, but the recipe makes enough that you can also RE-drizzle slices to cater to the taster’s preference, or you can completely forego drizzling the whole thing and just drizzle per slice as you serve it.

Either way, I urge you to use it, but I promise this cinnamon roll cheesecake recipe can totally stand alone without any frosting if you prefer not to use it.

My friends, this easy cinnamon roll cheesecake blew my expectations out of the water, and I wish I had pictures or a video of what happened when I took it to a gathering.

I placed it on the table with a cake dome over top of it, and it sat for a bit before someone said “by the way, Lynn made this,” which prompted someone else to come over and remove the lid.

Once that lid was off and folks got a whiff of what was happening under there, all bets were off. Slices were flying off the plate and forkfuls were being devoured before some people even grabbed their slice.

It did not last long AT ALL.

Personally, I admit to taking 80% of the cheesecake to that gathering because I knew if it stayed at our house, I would not be trusted with it. And that’s saying a lot, since I don’t have the biggest sweet tooth.

It’s that cinnamon, man. It gets me every time!

And I would be willing to bet that if you also enjoy yourself some warm cinnamon notes and also enjoy cheesecake, you will also be chomping at the bit to dig your fork into this stuff ASAP.

Your fall baking lineup needs it. And I can’t wait for you to try it! 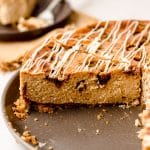 Disclaimer: These posts and recipes are part of the week long event (#FallFlavors). All opinions are my own. Thank you to our amazing sponsors for providing the prize packs for our giveaways and also products to the #FallFlavors bloggers to use in their recipes.

More of my favorite cinnamon goodies! 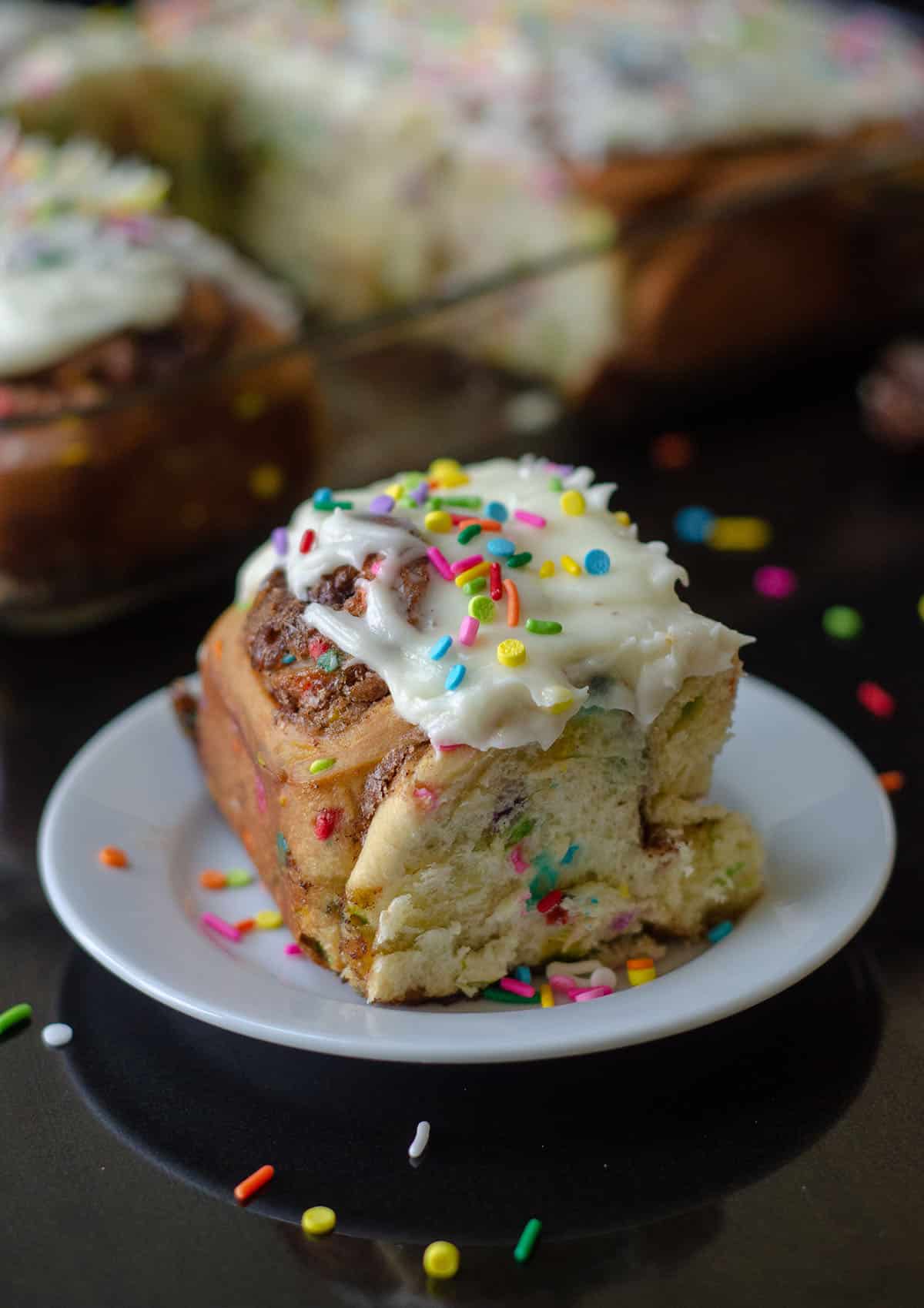 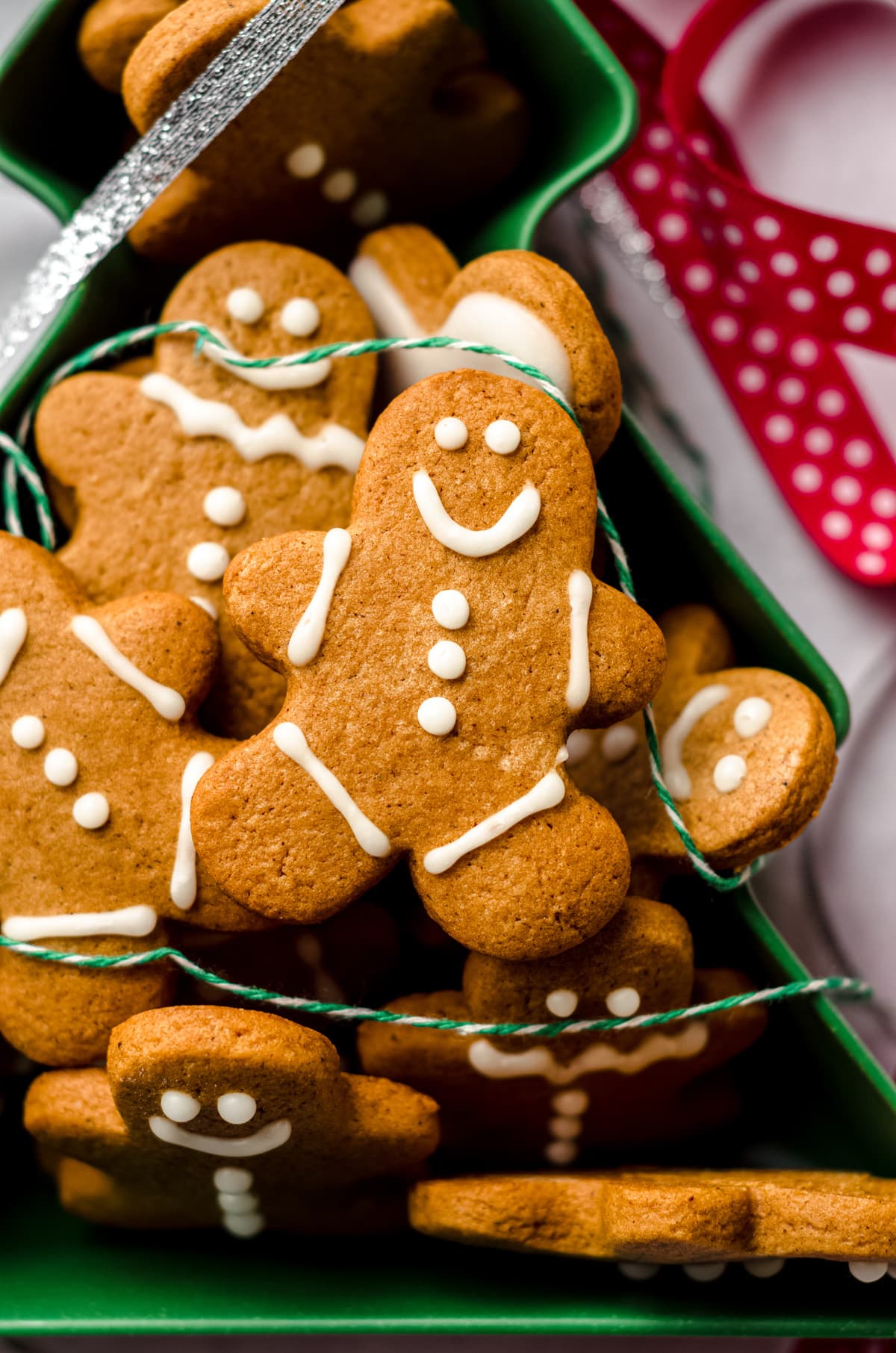 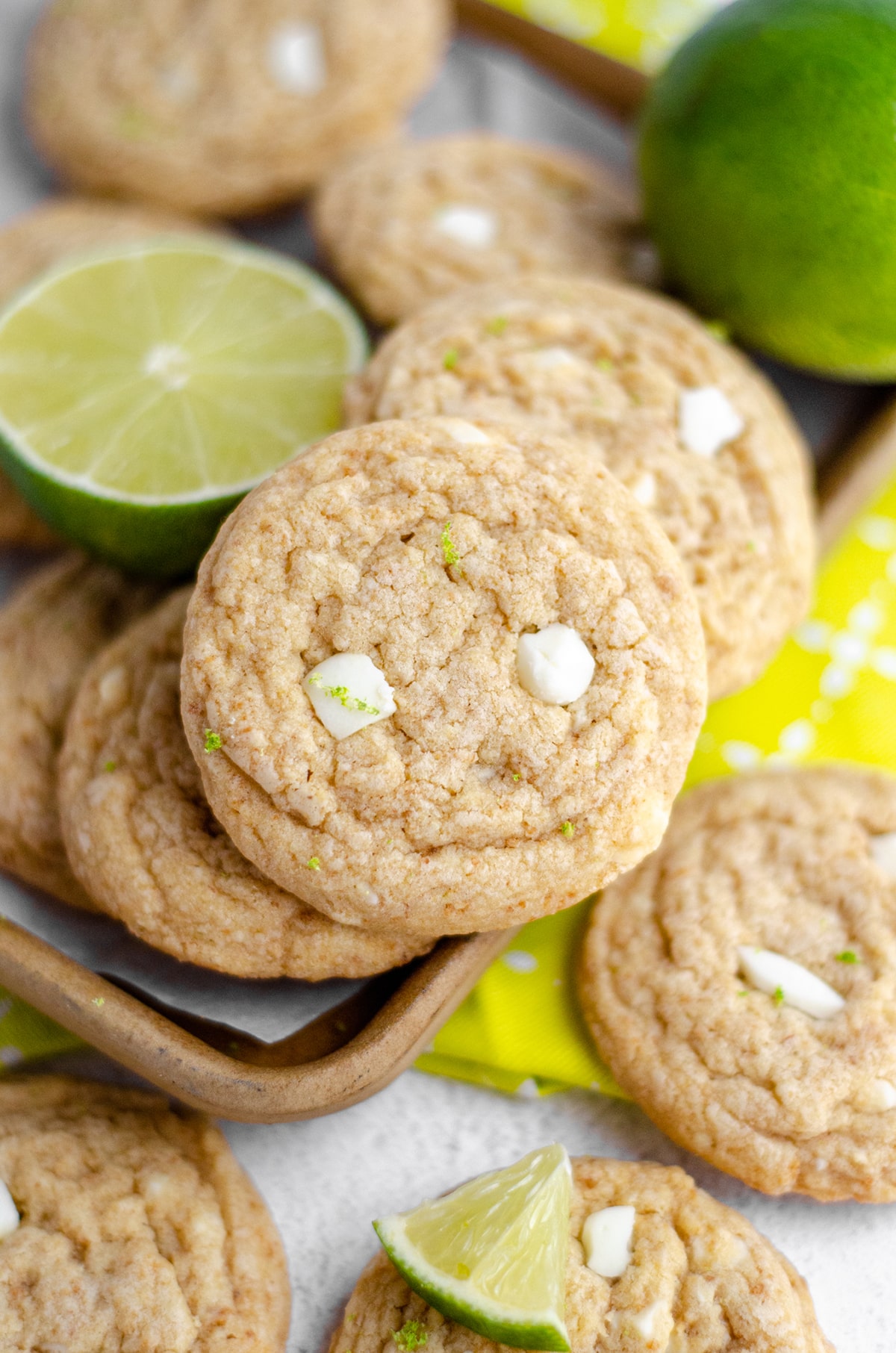 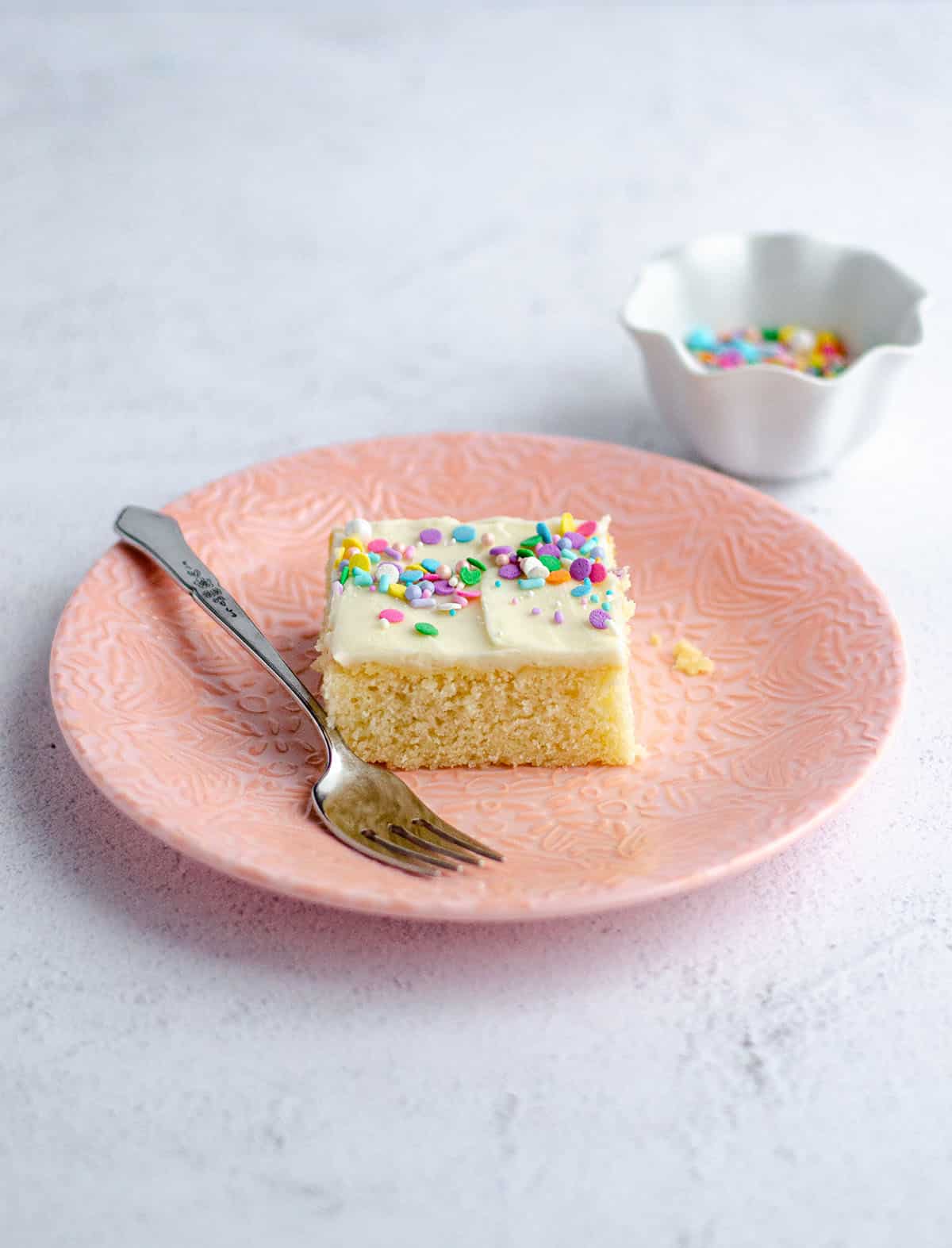 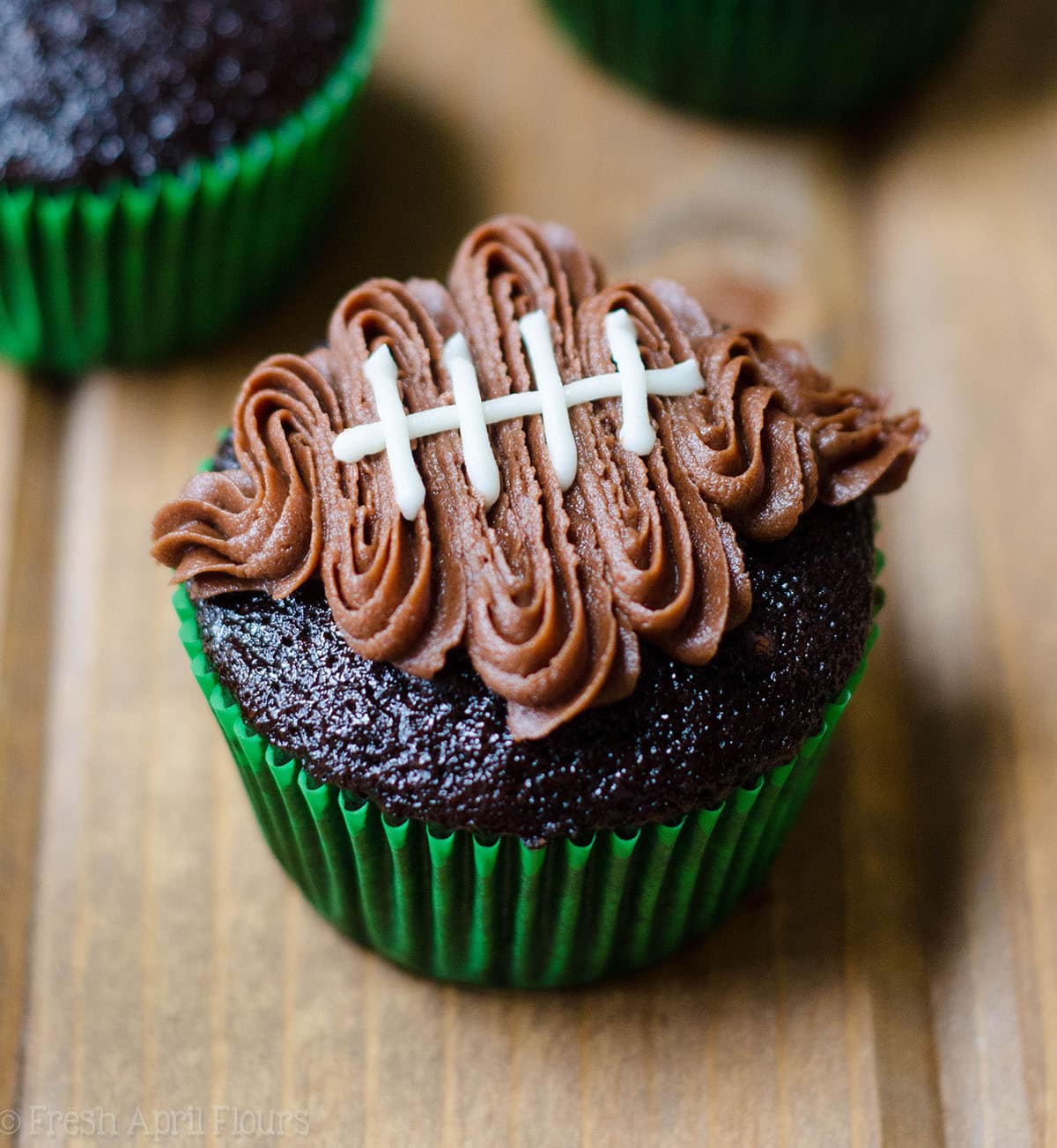 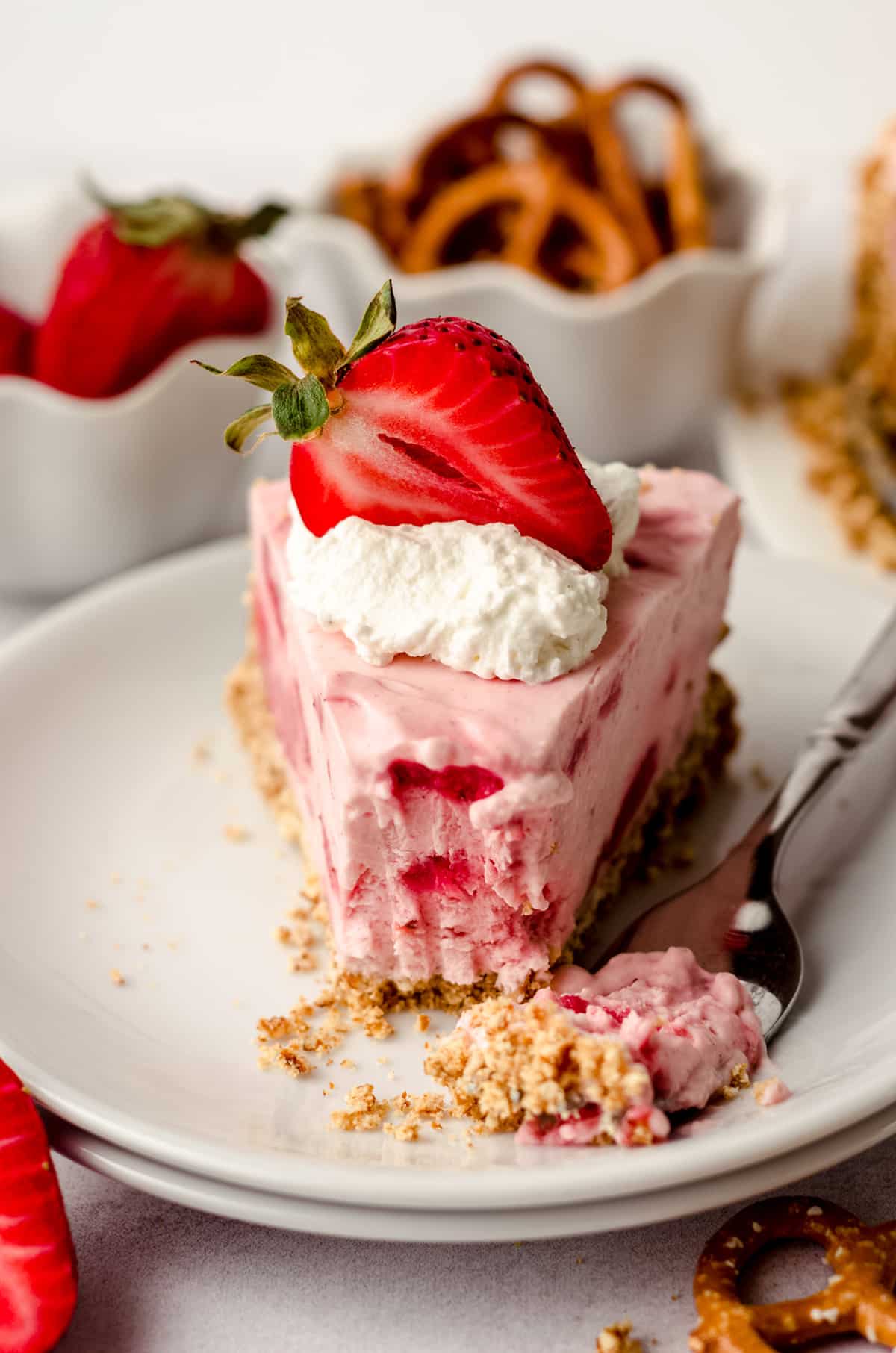 That looks amazing. I love cinnamon rolls and cheesecake so I am going to have to give this a try for sure.

This recipe has my name all over it! I just love cinnamon rolls and cheesecake and you’ve combined them for a stellar recipe!

You have GOT to try this, Julie!

Oh my deliciousness! You just took my favorite dessert and breakfast and put them together. This is awesome.

What a great combination! I’ve been loving cheesecake lately and this is a fun flavor.

That cinnamon filling looks amazing, each part of this recipe is something I could eat alone, let alone put it all together!

I always feel like cinnamon takes a backseat to pumpkin in the fall. It’s like apples to me, it smells like fall. This sounds amazing and will add it to my baking list for sure.

Wow 2 of my favorite desserts together! I’m in!

My mouth was watering just reading this recipe, I knew I had to make it! This was a perfect fall dessert! The cinnamon filling and cheese cream icing topping were perfection!

I love this! All the flavors of both in one! Perfection.

This looks divine! This is both my favorites and I amgoing to make it!

I am going to win Wife of the Year with this one, his favorite dessert in cheesecake form!

Such a great combo! Guess I need to try this as mini cheesecakes 🙂

I’m obsessed with this cheesecake! Every time I see it, I wish I had it. It looks amazing!

This is legitimately the cheesecake of my dream. The creamy cheesecake with the cinnamon spice is perfection! And the glaze on top is just so pretty and really sends it home!