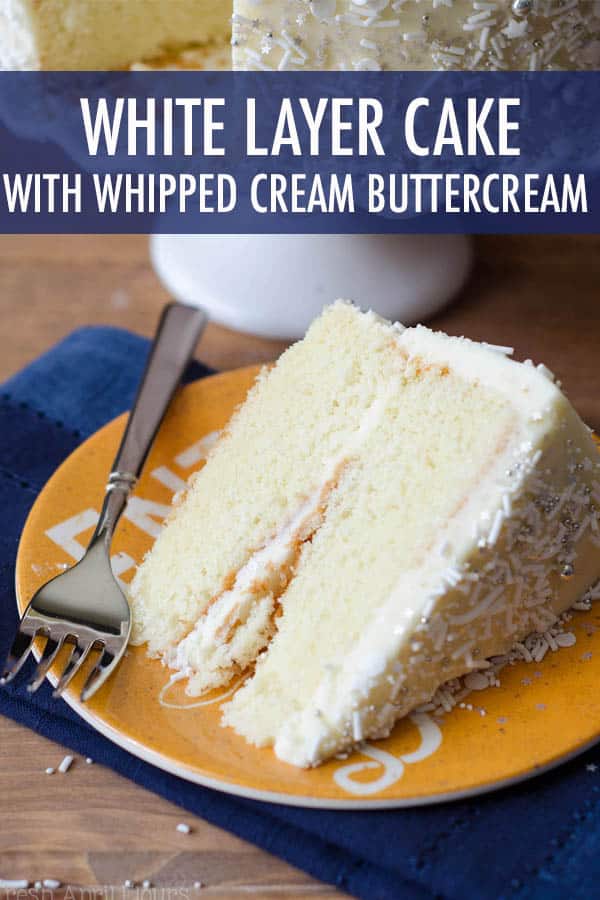 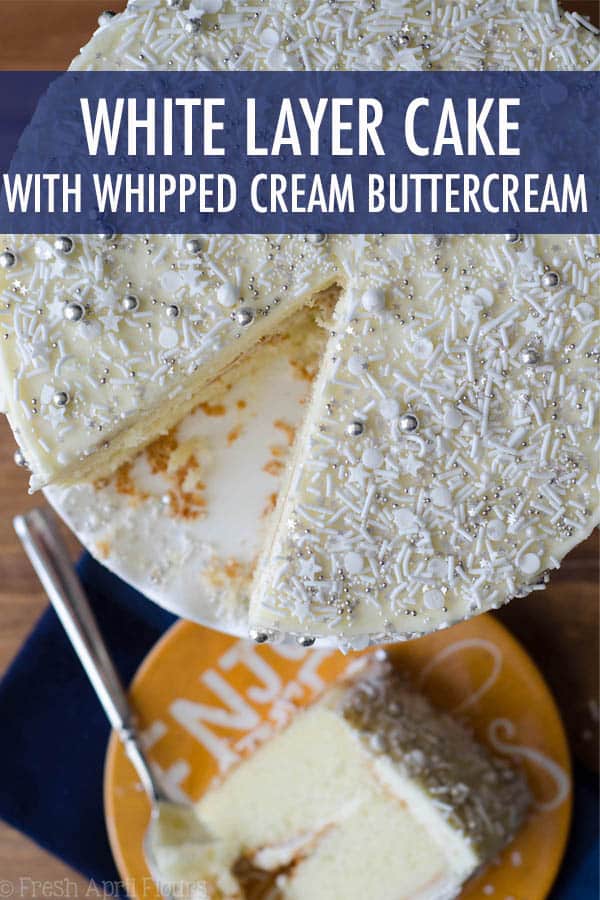 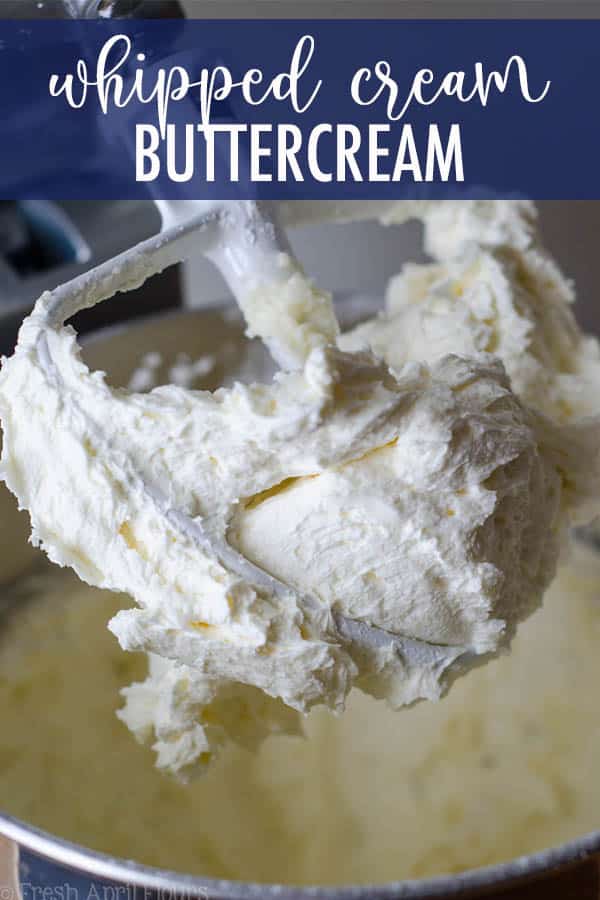 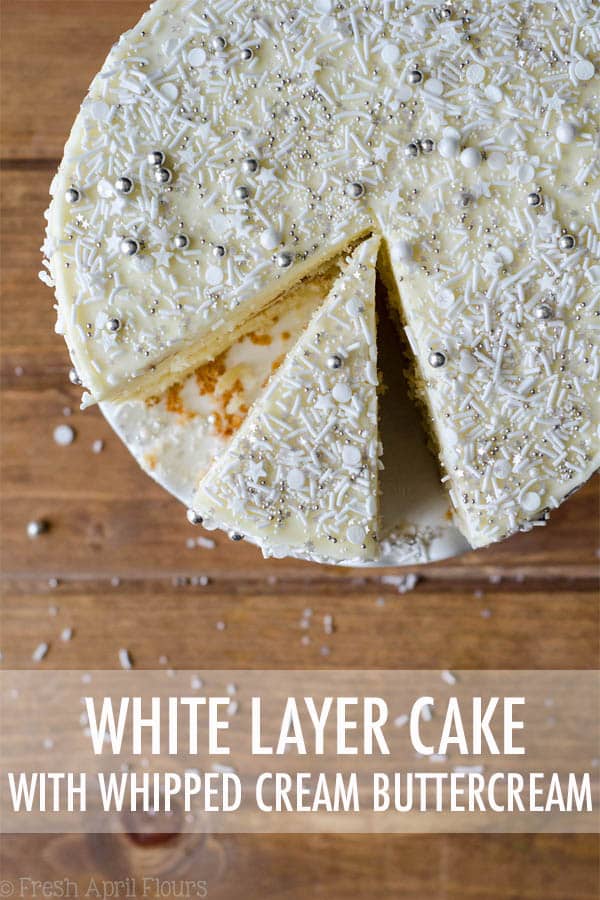 Another month, another cake. Hop on in, folks– it’s about to get all sweet and heavenly up in here!

I’m back for March’s edition of Cake of The Month with a little elaboration on January’s yellow layer cake.

I mentioned in that post how yellow, white, and vanilla cake are often confused with each other and how they’re all different. I’ve also brought you vanilla cake in the past, so now we’re going to complete the trifecta with what I like to deem “wedding cake.”

WHAT FLAVOR IS WHITE CAKE?

I used this recipe to make many many cakes for customers back in my cake baking/decorating days, and it was often referred to as “that wedding cake flavor” when I would ask customers to be specific when asking for a “white” cake (spoiler alert: often times, they really wanted yellow).

Do you know the cake I’m talking about? Dense but not heavy, the perfect amount of moisture, a tight crumb that flows seamlessly into the filling and/or frosting surrounding it?

Hopefully you’ve tried the cake I’m describing, and you’re nodding your head in wedding cake delight. Are we on the same cake page now?

WHAT EXACTLY IS “WHITE” CAKE?

So white cake. It’s, well, white. It’s not quite angel food cake white, since it does use plenty of butter, but you won’t be adding any egg yolks to this cake batter, so the batter stays fairly white, especially in comparison to its cousin cake, the yellow cake.

Egg whites are the bulk of the glue that holds this whole cake business together, and you’ll need 6 of them for this two layer cake. I know, that’s a lot of wasted egg yolks, but save them! Or toss them in an egg casserole.

You’ll also do something a bit different for this white cake than you normally would for a cake batter.

HOW TO MAKE WHITE CAKE

Instead of creaming together butter and sugar, you’re actually going to mix together your flour, sugar, cornstarch, baking powder, and salt and then add room temperature butter right there into the mix.

This is called “reverse creaming.”

You’ll wind up with a sand-like mixture. Here’s a visual for you:

To that sandy mixture, you’ll slowlyyyyy add your solution of heavy cream, egg whites, and a hefty dose of vanilla.

Much like we did with our orange creamsicle cake, you’ll add half of this wet mixture to the dry, allow it to fully incorporate, then add the remaining half of the liquid.

WHY ADD THE LIQUID TO THE DRY INGREDIENTS SLOWLY?

Your batter can only absorb so much liquid at one time. In order not to overload it with too much at once, adding it in two parts ensures there’s enough room for everyone to be happy and work together properly.

It may seem like an unnecessary step, but trust me, it is crucial in producing the perfect texture for this cake.

The cake will bake up nice and brown on the outside, but the inside will be a perfectly white color with a soft vanilla flavor perfect for pairing with just about any kind of frosting.

Side note: I actually used this white cake to make a berry cake, and it was a fabulous decision on my part. I hope you’ll try that cake, too!

Grab my classic white buttercream, go for some chocolate buttercream, or even try out some orange cream cheese frosting. OOOOOOOOH, or fill it with homemade lemon curd and lather it up with lemon buttercream!

Or. ORRRR, my friend… Cover this perfectly white cake with some out-of-this-world whipped cream buttercream. Ohhhh, yes. Yes, this is the stuff you’re going to want to douse every last crumb of cake with, because it. Is. Magical.

You’ll find that the recipe for this whipped cream buttercream is pretty similar to my classic buttercream frosting recipe.

That frosting is simply buttercream frosting with heavy cream as the liquid for thinning.

However, instead of just plain adding liquid to the butter/powdered sugar/vanilla extract business, you’re going to whip this buttercream with heavy whipping cream.

You’ll watch for the frosting to just start getting fluffy. Then, it’s perfectly whipped and ready to use.

GIVE THE BUTTERCREAM A TOUCH OF FLAVOR

Just know that the tiniest bit of it can add a whole new dimension to your buttercream game. Just think about it.

If you prefer your frosting a little thinner to make spreadability a bit easier, thin it out with some more heavy cream, but decrease the mixer speed to low at this point.

You definitely don’t want to over-whip your cream, otherwise you’re well on your way to butter all over again. Not what you want.

As always, allow your cake layers to cool completely before assembling, and remember that no cake is complete without sprinkles.

Lots and lots. And lots.

If you’re looking for a very easy, basic white cake, this is totally it. It is easily paired with many flavors and makes a great plain canvas for serving with your favorite ice cream or even fresh fruit.

There is no wrong way to eat white cake, wedding or no wedding, so definitely tuck this recipe away for safe-keeping.

And don’t forget, now you’re fully equipped with the cake trifecta (white, yellow, and vanilla), so while you’re at it, might as well make a weekend out of cake baking and eating! 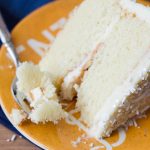 I had the same issue.
I made the cake twice I even read your instructions on measuring properly and switched to the spoon method with the flour.

The cake sank in the middle and failed both times.

It had a wonderful flavor.

I will add I used a 8in 3imch deep Wilton pan so I was using the entire batter as one level.

Not sure if the issue is too much moisture in the recipe or too much baking soda.

I understand you have made it multiple times so are the expert but I am not sure what would cause such failure.

I have made and decorated a lot of cakes and am an experienced baker and have never had something like this happen.

Do you think it has to do with not dividing it?

Hey, Jane! Thanks for your detailed troubleshooting. It sounds like not splitting the batter is the culprit. The cake is on the denser side of cakes with a very moist crumb, so that’s a lot of cake to put in one spot. If you try it again, I would definitely split it into two pans or just halve the recipe.

Re: the frosting ONLY
I usually use only 1 stick of butter in an amount of buttercream that would frost a 2-layer cake. You have 2 sticks of butter… have you ever used just 1? I’d like to try but wasn’t sure if you had and if there is a real reason for 2 sticks…

I’ve not tried that way– I just like the texture and flavor of 2 sticks.

Wonderful! Thanks so much for the feedback. Yes, I do use both extracts when I make it. The vanilla is the star, but I like the little secret something that a bit of almond extract adds.

Can you half this recipe if you are only looking for one layer cake? Being in quarantine and it being my birthday, I don’t want too much cake!

Absolutely! I hope you’re able to enjoy your birthday, Leah!

Would it be possible to divide the batter into 4 to make thinner layers? Would it still cook alright? I’m trying to make a rainbow cake, but 1 foot seems TALL and I’d rather not half all the cakes (and have to make a second) if I don’t have to. It would be easier to make thinner layers of each colour to begin with, if it’s possible.

Hey, Natalie– to answer your first question: you could definitely bake thinner layers, though I can’t guarantee on bake time. If you’re only making 4 layers, your cake would only be about 8″ tall IF you didn’t trim your layers at all. This batter just comes out nicely in my 6″ pans, so they don’t need to be trimmed. I do wind up trimming them in 8″ pans.

Second, if you add in yolks, you’re now on your way to a yellow cake, thus adding yellow to all of your colors. Using white cake as the base for a rainbow cake insures you don’t have any yellowing of colors. Hope this helps!

We have some aspiring bakers\cake decorators in our house and today we had a little cake bake-off between my husband and 5 year old daughter. My hubby made the full recipe made a 2 layer cake and I halved the recipe for my daughter and she made a single layer. My hubby made a double batch of the buttercream frosting for both cakes. Other then my daughter adding a little too much flour and having a drier cake, both cakes turned out very well. It was a denser cake then expected (despite Lynn saying it’s a dense cake) so my hubby thought maybe it was cooked a bit too long? Are there other reasons why it might have ended up denser? Also they had hoped to do more decorating \piping but didn’t have enough frosting, do you recommend making a certain\different amount of frosting if more then just covering it?

Hey, Kim– this is definitely a denser cake. Using the reverse creaming method gives a slightly tighter crumb. And if you want leftover buttercream for decorating, I usually 1.5x the recipe!

The cake itself turned out just perfect, but make sure to not put too much almond extract in the buttercream or it will turn out extremely sweet 🙂 My family loved it though

This is a FABULOUS dessert. It has the perfect amount of moisture and the flavor of vanilla and almond are divine.

Thanks so much, Carnia!