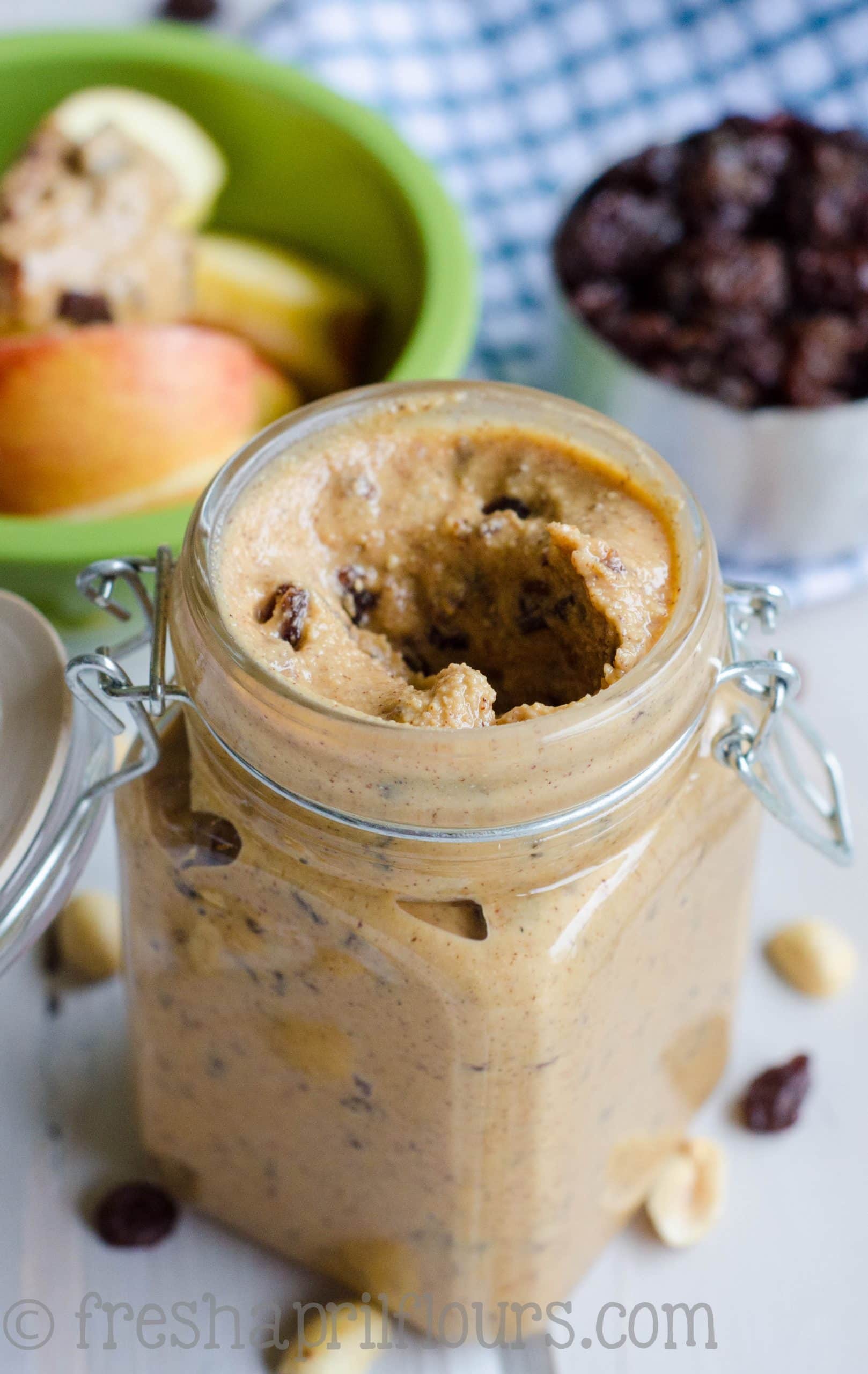 Mouthwatering homemade peanut butter that is lightly spiced with cinnamon and sweetened up with raisins. 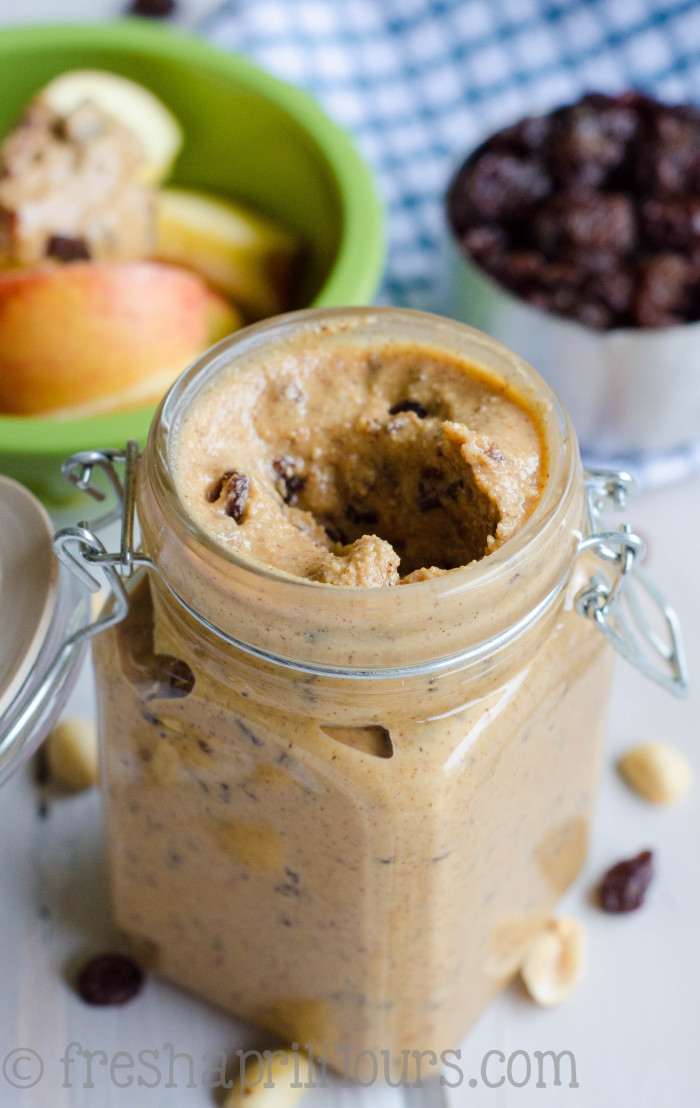 Are you full? Of the cookies, wine, brownies, candy, and more cookies that have taken over your life in the past month or two? Yeah, me too. I would be ok with never seeing another cookie ever again.

Kiddinggggg! Cookies are why I go to spin class.

All kidding aside though, I’m going to try to keep January a bit on the healthier side. As much as we all love the sweet stuff, sometimes it’s just too much, and we need a little detoxing. Not to worry… My kitchen and blog are here to help. 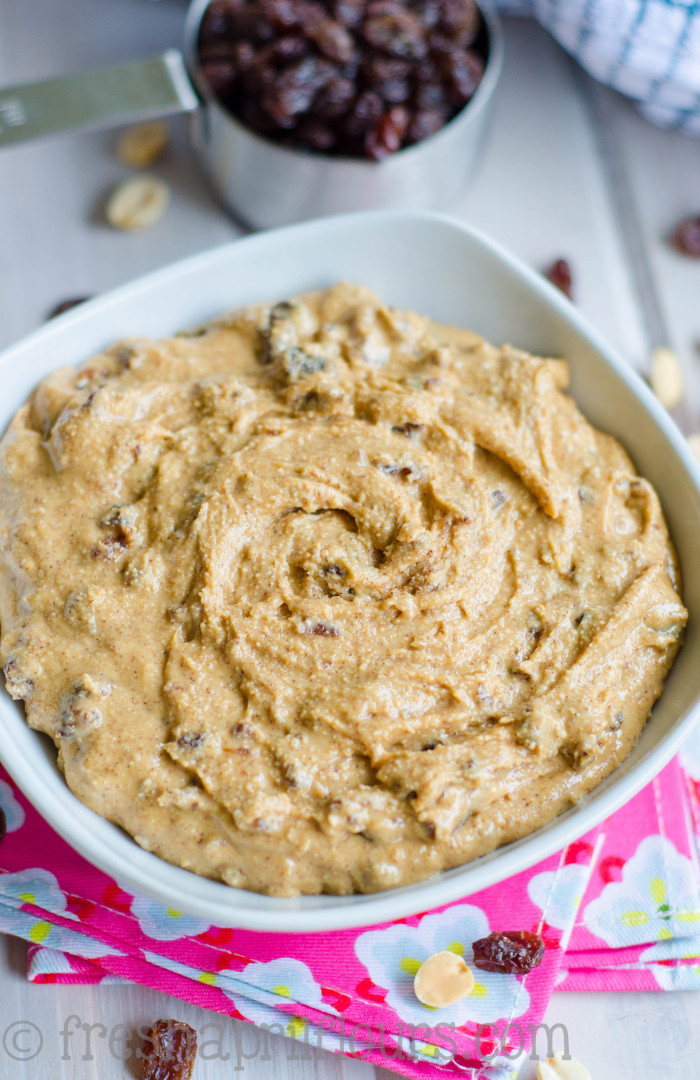 I will be honest… I was not quite feeling the kitchen/my oven this weekend. It was rainy, cold, dreary, and all I wanted to do was curl up on the couch with my darling husband and watch movies. So that’s what we did. Don’t judge us. We went to the gym a lot of those days, too, I promise.

That being said, I still wanted to bring you all a recipe that was quick, easy, tasty, and healthy. And so my cinnamon raisin peanut butter was born.

Before you call me a genius (well, you still can if you want), I didn’t make this up. I’ve totally eaten it before (it’s from the same company who inspired my other favorite jazzy peanut butter flavor), and it’s just way too easy to make at home.

If you’ve checked out my homemade white chocolate peanut butter, you know it’s crazy simple to turn peanuts into peanut butter at home. It takes, like, 3 minutes. It takes about 8 minutes if you stop to take pictures, but since you’re probably not going to do that, let’s call it less than 3 minutes. 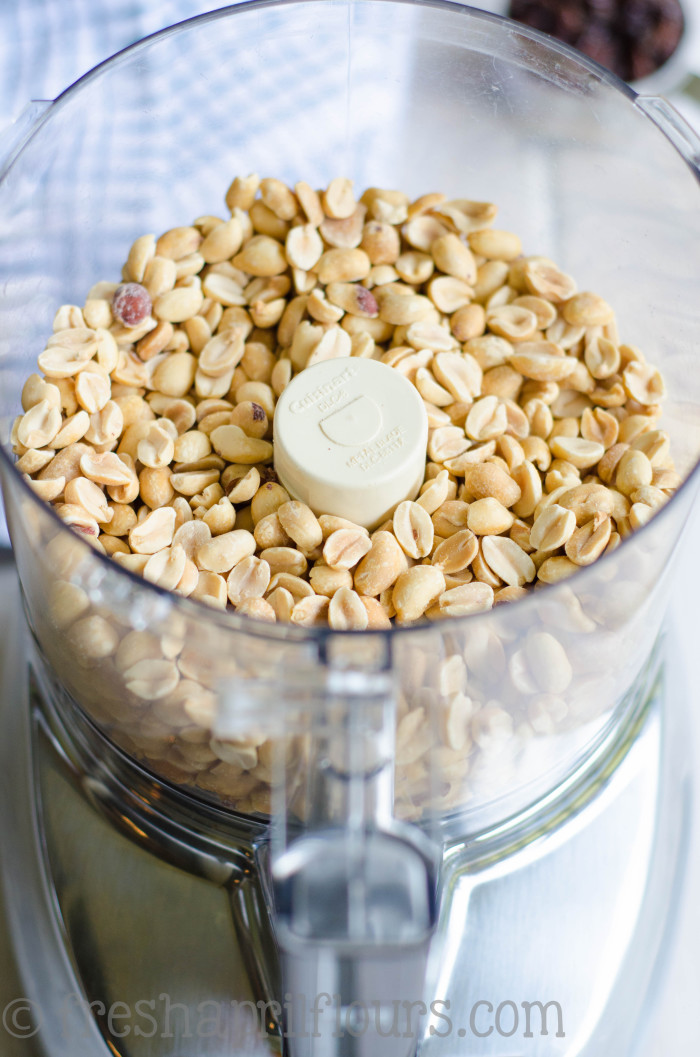 If you don’t like raisins or cinnamon, then I love you for still reading… And I urge you to just make some peanut butter.

If you REALLY like cinnamon and/or raisins, load up on either or both! Are you seeing how simple this is?

[Look at all that spicy, swirly cinnamon! ↓↓↓ Have I mentioned how much I love cinnamon?] 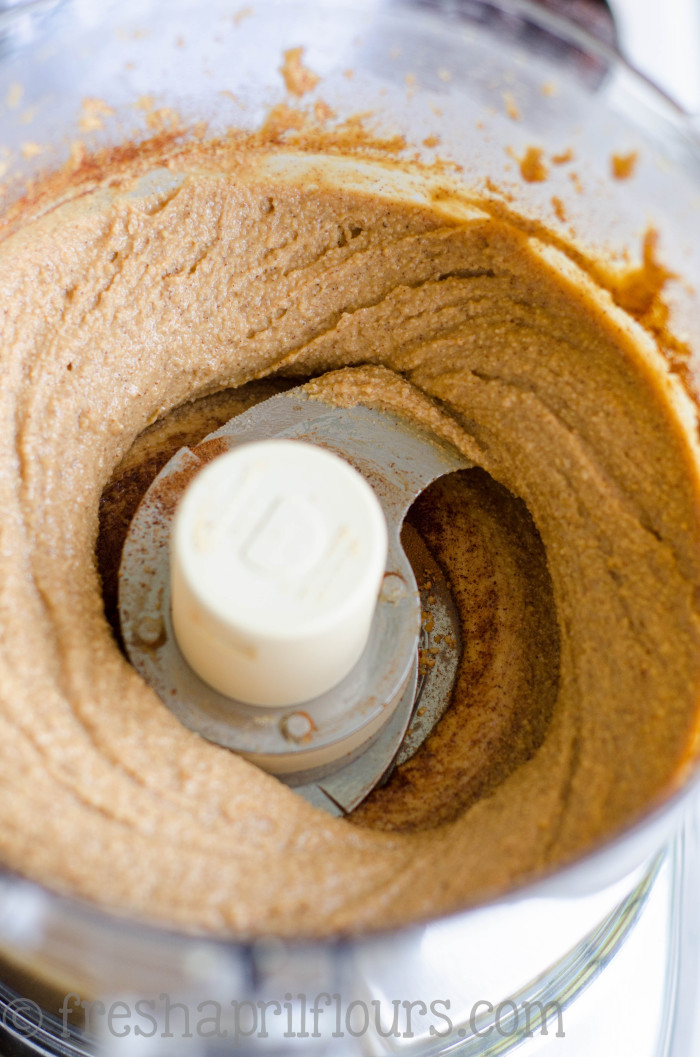 I really love raisins (a lot), so I put a lot of them in my cinnamon raisin peanut butter, and I find that I get enough sweetness from them in each bite. If you prefer your peanut butter sweeter, add some honey. It’s a great way to add sweet naturally! 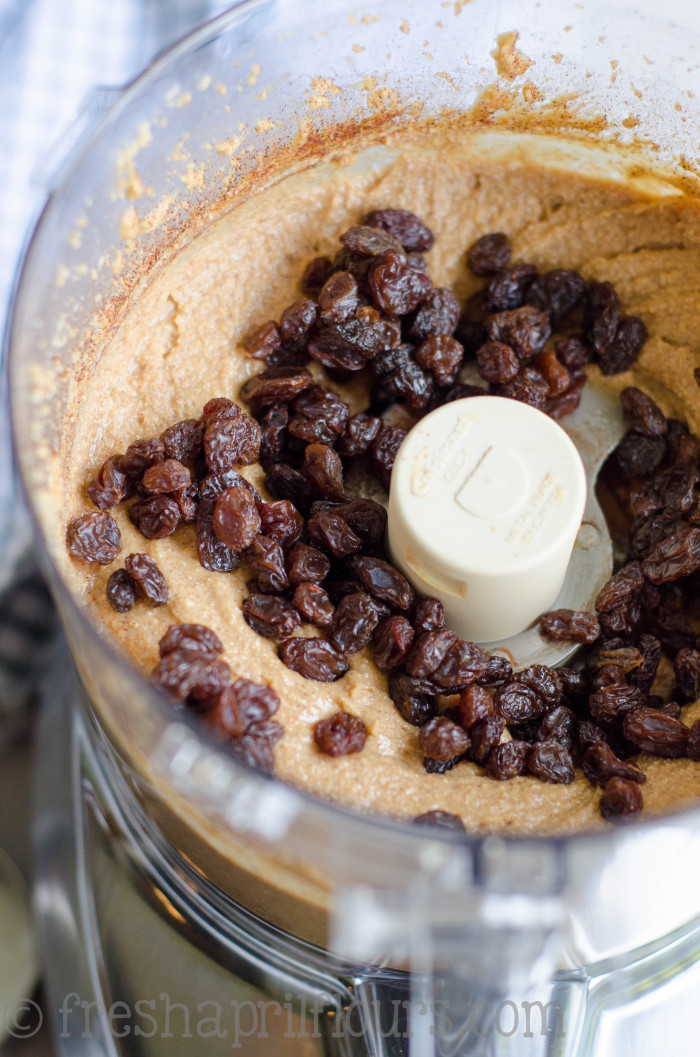 I urge you to try this super easy and mouthwatering peanut butter in your own kitchen. Invite some friends over for the greatest snack-taste-test party ever! 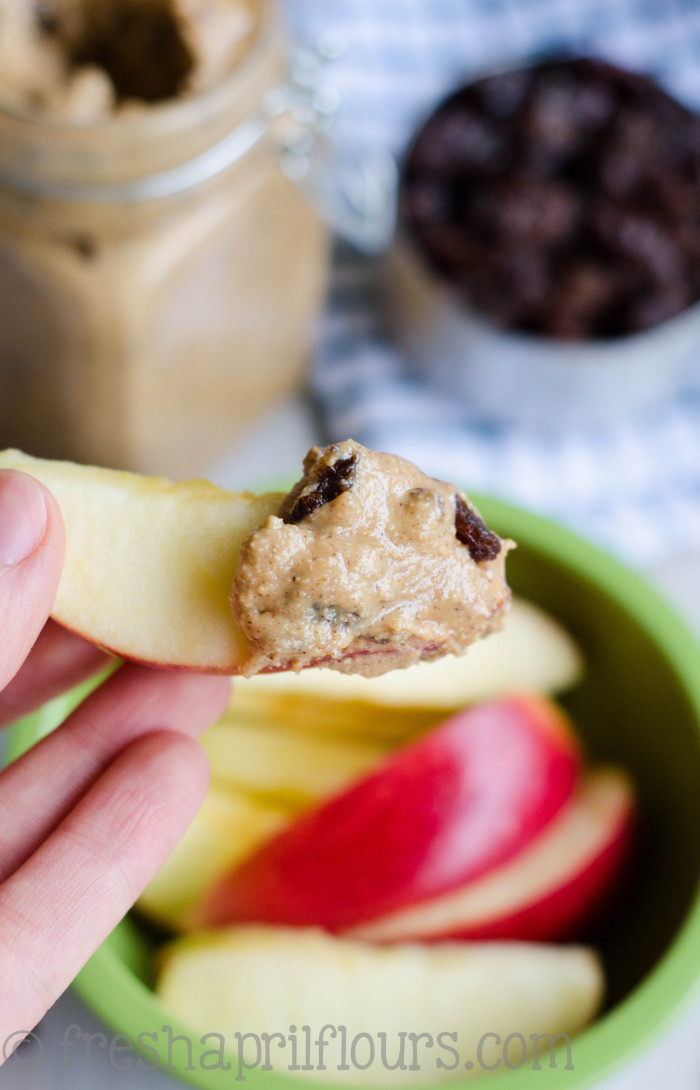 Try it on apples, bread, bagels, crackers, SPOONS, FINGERS, bananas… Seriously, guys, I will keep posting homemade nut butter recipes until you all believe me that they’re so easy to make at home and I convince you to never buy another jar from the grocery store.

Ok, that was a little extreme. We definitely still buy our own occasionally… But I prefer my own peanut butter to raisin ratio the best! 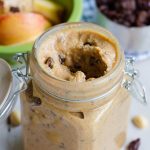