Yesterday, I shared the best of 2014 for FAF. We discussed how on earth a dessert-heavy blog ended up featured in a list of creative ways to use cauliflower, how to jazz up coffee, and yet another wonderful way to enjoy everyone’s favorite flavor combination: chocolate and peanut butter.

You may take a look at my blog and think that I get it right every time. The truth of the matter is, I fail plenty. Like… Often. Here’s a little math for you: I bake probably 3ish times a week, and I have a fail probably every 5-6 times. That’s, like, 30 fails in a year. No joke.

Since I am self-taught, I experiment a lot. I try techniques and flavor combinations that I may not have a lot of experience with, and when they turn out, I get really pumped. When they fail… I try to see it as a learning experience. If a recipe comes out great the first time, I may be tempted to tweak it. If it fails, I know what not to do to it, so a lot of times, the 2nd or 3rd attempt are that much better.

I’m so optimistic it hurts sometimes.

As a side note, I don’t have pictures of all of my fails. I thought of this plan just a few weeks ago, and a lot of my fails aren’t documented because I just got too mad. Goal for 2015: fail a lot and take a ton of pictures of it. 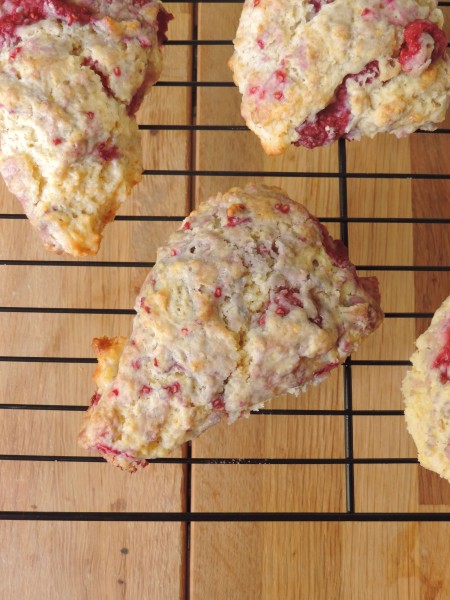 Although these tasted great, they looked awful. I made these scones 3 times, and all 3 times, they turned out blue (I spoke of this incident here). After the first time, I did some research and found out that baking soda/powder reacts with the natural coloring in raspberries and turns them blue. WTF? So I made some adjustments and it still wasn’t happening. I will get this recipe right someday, but until then, my taste testers will just have to keep their eyes closed while eating them. It’s kind of like the green ketchup phenomenon. Until I get it right, just put something else in your scones. 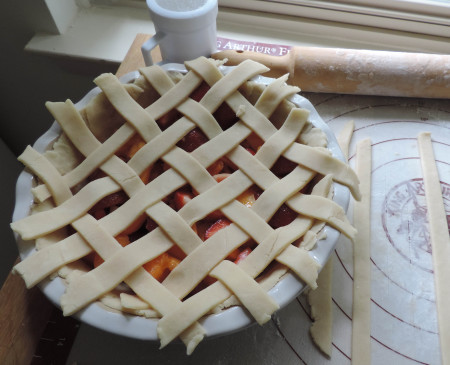 This one was a half fail. I used some of the photos for my buttermilk pie crust recipe, but this pie was just… Not right. I decided to use, like, no sugar for the filling and just use the “essence” of the fruit to make a delicious pie. Yeah, no. It was good, but it was just not a pie. More of an excuse to eat pie crust with a bowl of fresh fruit. Plus, it was nowhere near as full as it should have been, so the bites were very pie crusty and not very fruity. Bad filling:crust ratio… HOWEVER, I learned how easy it is to do a lattice top, so there was that.

PEACH BLUEBERRY SCONES
No picture of this one because I was furious. And it’s a shame, because the scones were gorgeous! I followed a very-famous-company-who-will-remain-nameless’s recipe to a T and it tasted like a baking soda breakfast item. There might as well not have been any fruit in them… Because they tasted like metal. It was like having braces all over again, except maybe sometimes the braces were laced with fruit bits. Maybe I’m just doomed to put fruit in my scones…

STRAWBERRY OAT BARS
Matt claims these were good, but I claim they were terrible. Strawberry goo, soggy oats, and I threw in some white chocolate chips to make it all better, but it turned out the white chocolate chips were stale (thank you, grocery store, for advertising a “discontinued item” sale and tricking me into buying 3 bags of chips for like, dirt cheap) so they kind of tasted like plastic. Fruity, plastic oatmeal bars is what these were. No picture. But Matt ate essentially all of them. 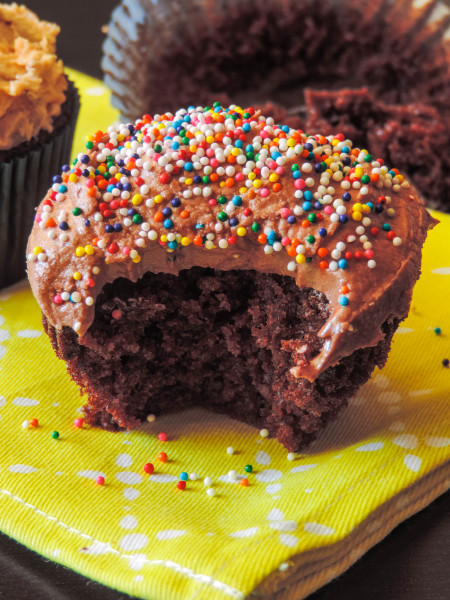 This one looks like it was a success, but I guarantee you it was not. I wanted to create a recipe that makes a small amount of cupcakes, because sometimes, you just want one!! I tried to divide my chocolate cake recipe by something crazy like 16 and got… A terrible recipe. The texture was like a sponge and there was like 100x more sugar than there should have been… Or something. Bright side: cute pictures. 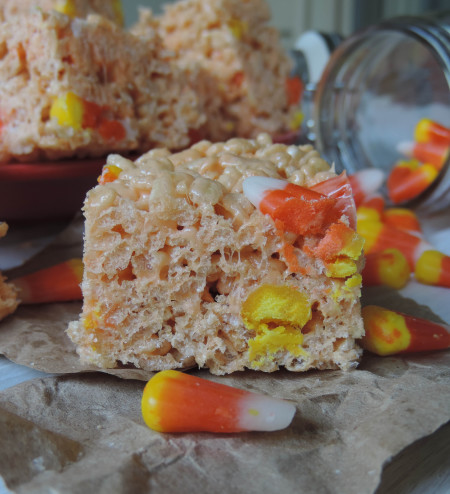 This was one of those recipes I could tell was going sour from the beginning, but I still went with it anyway and even did a full-size photo shoot. I decided to melt down a bunch of candy corn with marshmallows to make the “glue” for these treats, and it made them rock.hard. They had a really great taste, but you would need dentures by the end of the batch if you decided to dive right in. While I was cutting them, I should have been wearing safety goggles to protect me from the flying Rice Krispies bits. I took them into work and we found that if you put them in the microwave for a bit, they softened up and were just right. But who wants to write “you are going to have to nuke these to make them edible” in a recipe? Maybe next year. 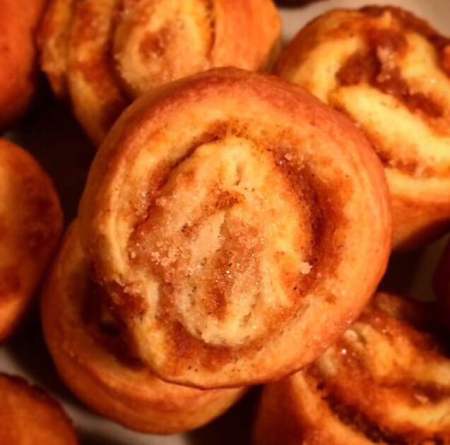 I attempted to make mini-cinnamon rolls filled with pumpkin goodness from Pillsbury Crescent Rolls. I saw the crescent-rolls-into-a-million-different-things bit all over Pinterest, so I whipped up a pumpkin cream cheese filling and got to work. They were delicious, but tasted exactly like I thought they might… A crescent roll filled with pumpkin cream cheese. That’s not a cinnamon roll, people. Just… Stop with the crescent roll business. Unless we’re putting a little hot dog in them. Then in that case… Carry on, please!

PUMPKIN FUDGE, TAKE 1
Also not one I photographed, because I was too busy throwing it in the trash. It was completely liquid and although it had great taste, was something like Jabba The Hut in gooey pumpkin form. It was awful. Thankfully, takes 2 and then 3 turned out perfect. 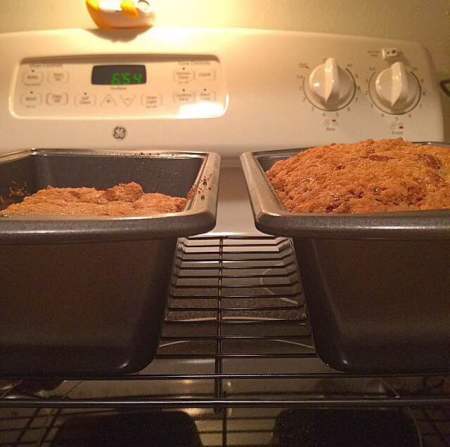 I was so excited for this bread… I had been brainstorming all day about what ingredients to use and in what amounts… I had it all written down, even the baking soda/powder. But in my excitement, I completely forgot to add the leaveners, and what resulted was a gooey (and not in the good way), apple-y, sticky (also not the good kind), flat, mushy… Thing. I can’t even call it bread. The worst part was, I realized I left out some essential ingredients just as the bread was going into the oven… And I baked it anyway, just to see what would happen. The streusel on top was on point, but everything under it was garbage. Literally right into the trash. But not before Matt got a hold of it and ate some of it and told me it was still delicious. Yeah, he’s a great husband. Thankfully, take 2 had the right ingredients. 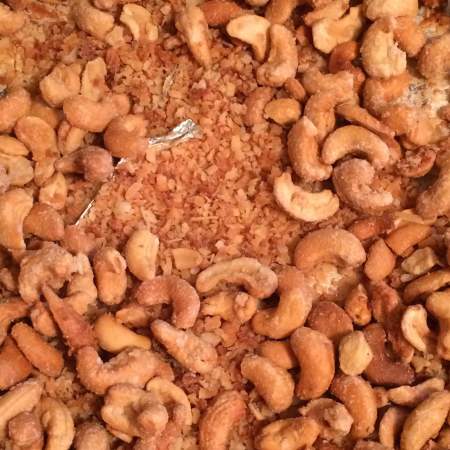 This was going really well until I started stirring it. My coconut was perfectly toasted, my cream of coconut was melted just right… But there was not enough “glue,” and when I started moving everything around on the baking sheet, all hell broke loose and everyone decided to abort mission. The good part was, this baking fail was still edible and still delicious. But just like the Rice Krispies treats, you don’t want to have to add “enjoy by putting cashews in one hand and coconut in the other and eating them both at the same time” to the recipe. I’ll get this one eventually!

So, friends, there you have it. I’m not perfect, and I hope that you enjoyed some revisiting of my best (worst?) moments in the kitchen.

Here’s to 2015: the year of more success with fruit in baked goods and more photos of when things don’t work out. Cheers!

QUESTION: What’s your biggest baking fail of the year? 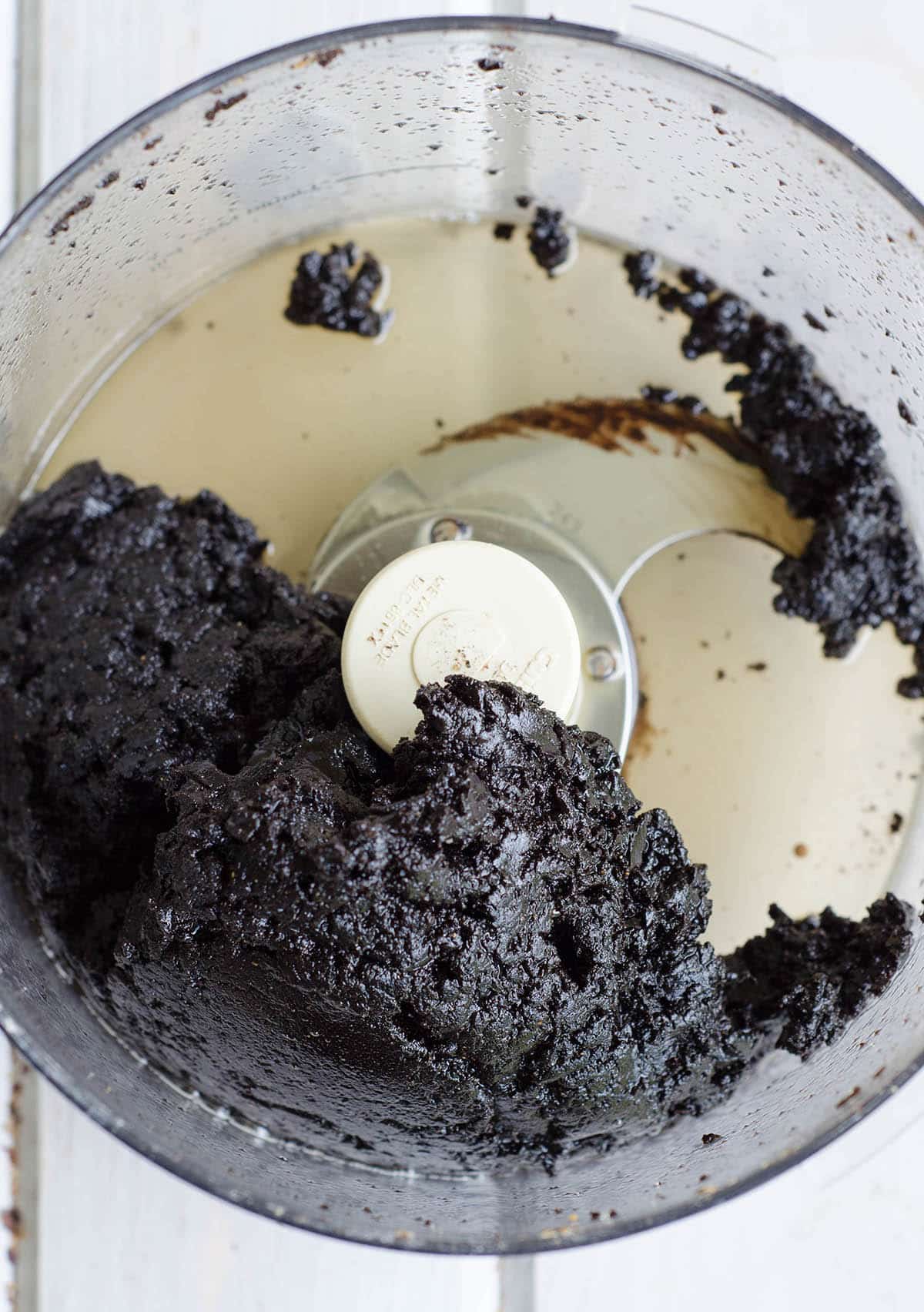 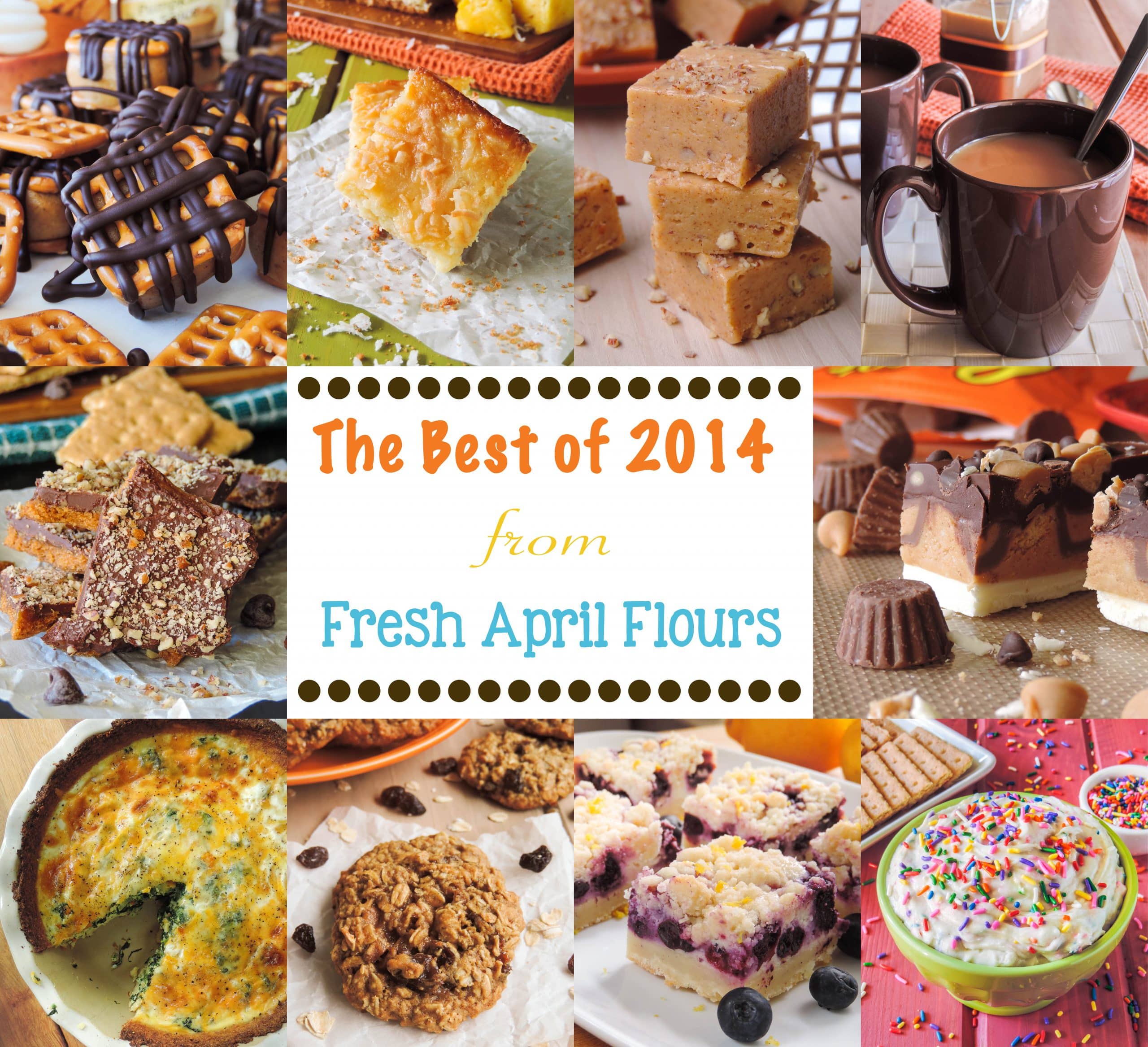 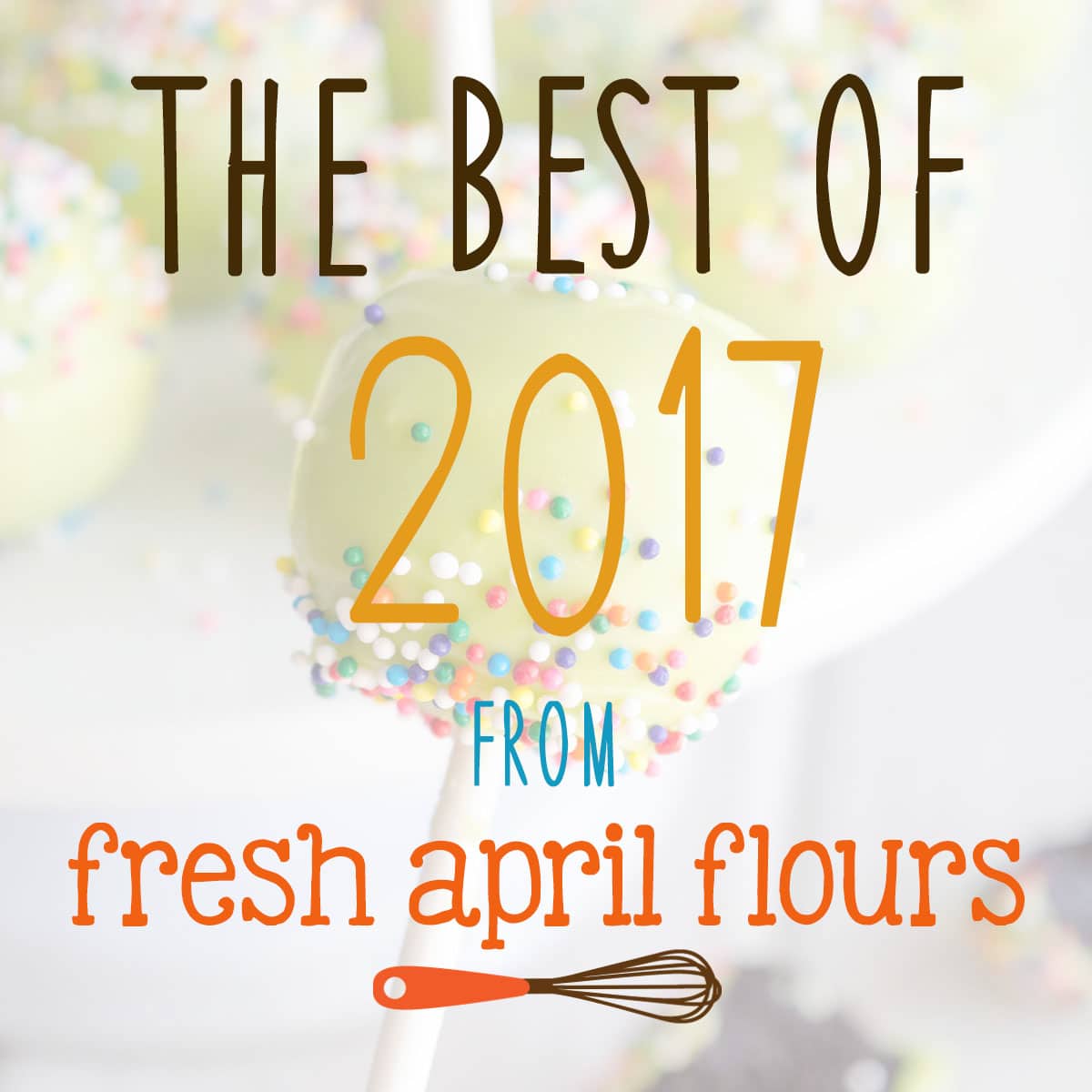 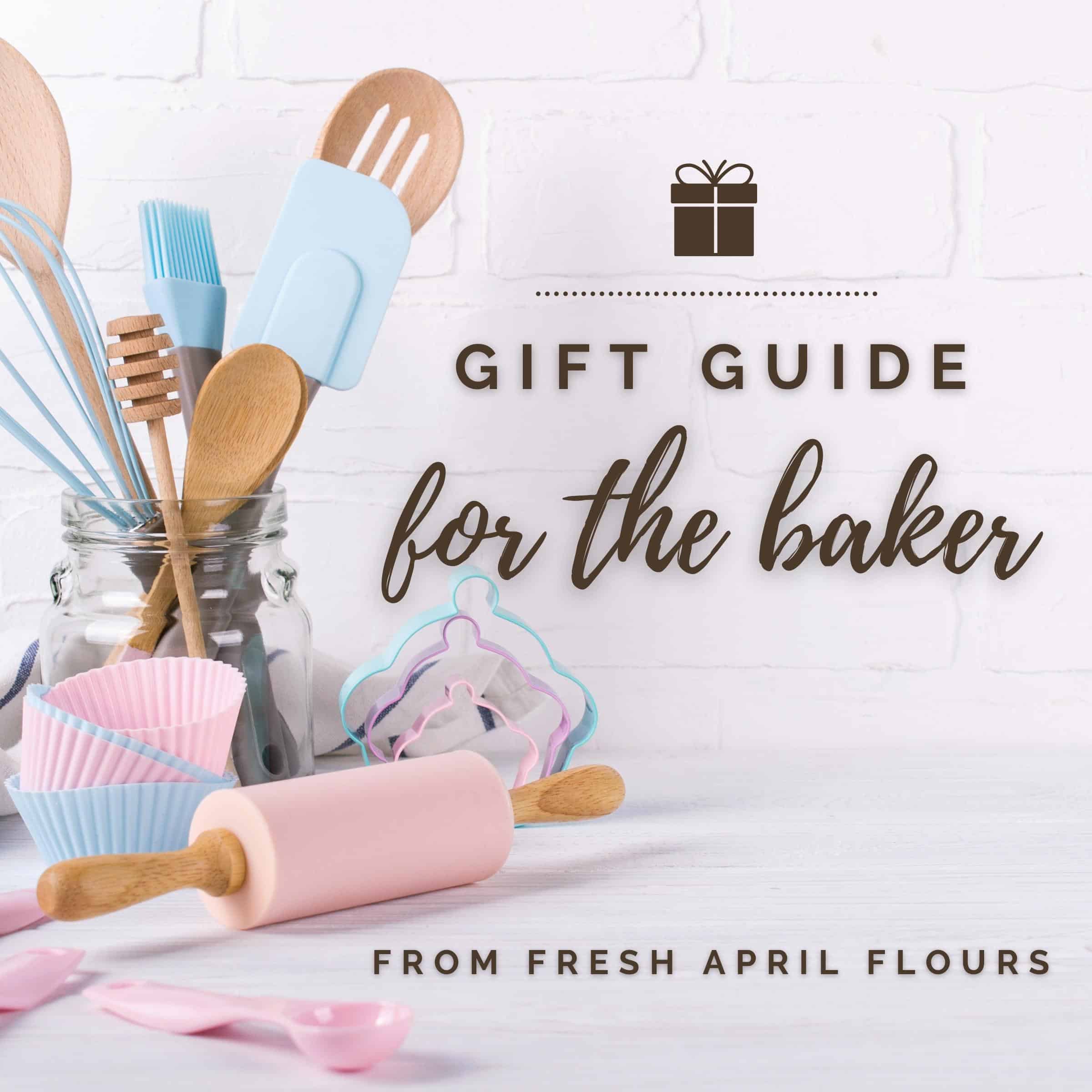 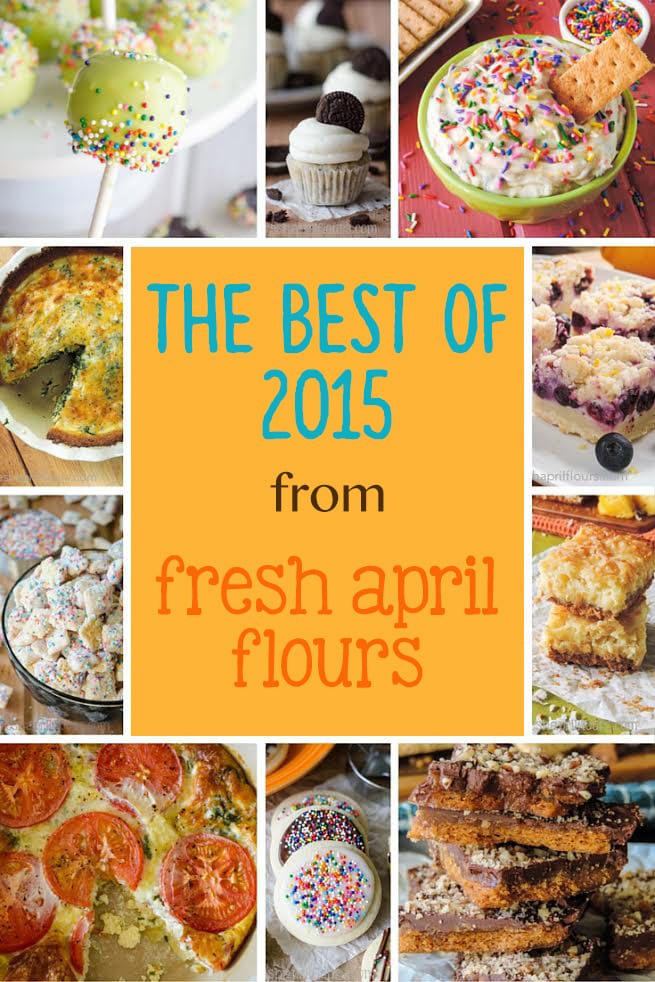 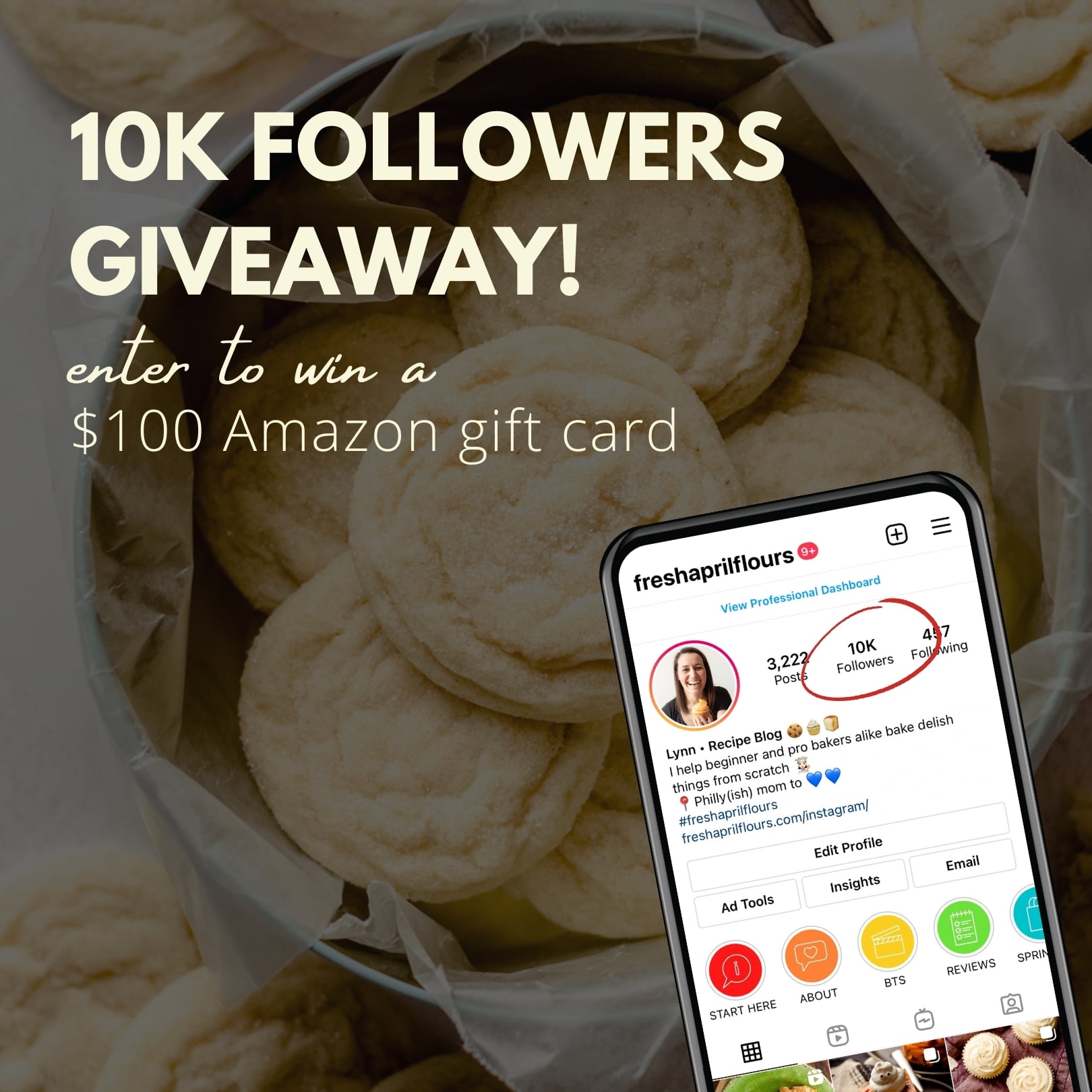 I love this so much! It’s so important to remember that the best recipes come from years of experience and lots of disasters along the way. I actually made it through 2014 with no baking fails, short of some awfully crunchy, crumbly lemon cookies which I was able to save by grinding up and using as the crust for a blueberry tart, but I cooked a LOT of things that will never be repeated again.

Most of what we like to eat usually takes over an hour to prepare, but it’s not really practical given that I don’t get home from lab until after 8 and try to be in bed by 10:30 so I can get up and go to the gym in the morning. I tried what seems like hundreds of casseroles/crock pot meals/one pot dishes that could be prepared ahead of time this year, and they were all AWFUL. Boring and bland and just not enjoyable. I even followed a lot of recipes to the T from cookbooks and food bloggers I trust, and hated every single one. Maybe I’m just not a casserole person…

Julie, you’re so resourceful! I’m glad you were able to salvage your baking fail and repurpose it! I need to get better at that one.

Ah… Following recipes from cookbooks and fav bloggers… Sometimes, you just can’t win and don’t understand why. Funny enough, casseroles are the only thing I CAN cook, because they’re like baking, but usually savory. It’s like I’m tricking myself! I hope you have better luck with those in 2015, haha. Happy New Year! 🙂

I always love posts like these – I find solace in them since my own kitchen failures can leave me quite bummed out! I too had a very bad scone failure last year involving fresh berries that turned the end result a blueish purple. I tried 3 different batches with different methods and still never quite got the result I was hoping for…but at least they tasted fantastic!

Yes, that’s exactly what happened to me! What the heck? I am determined to get it down this year… Even if it takes me another several batches of scones!