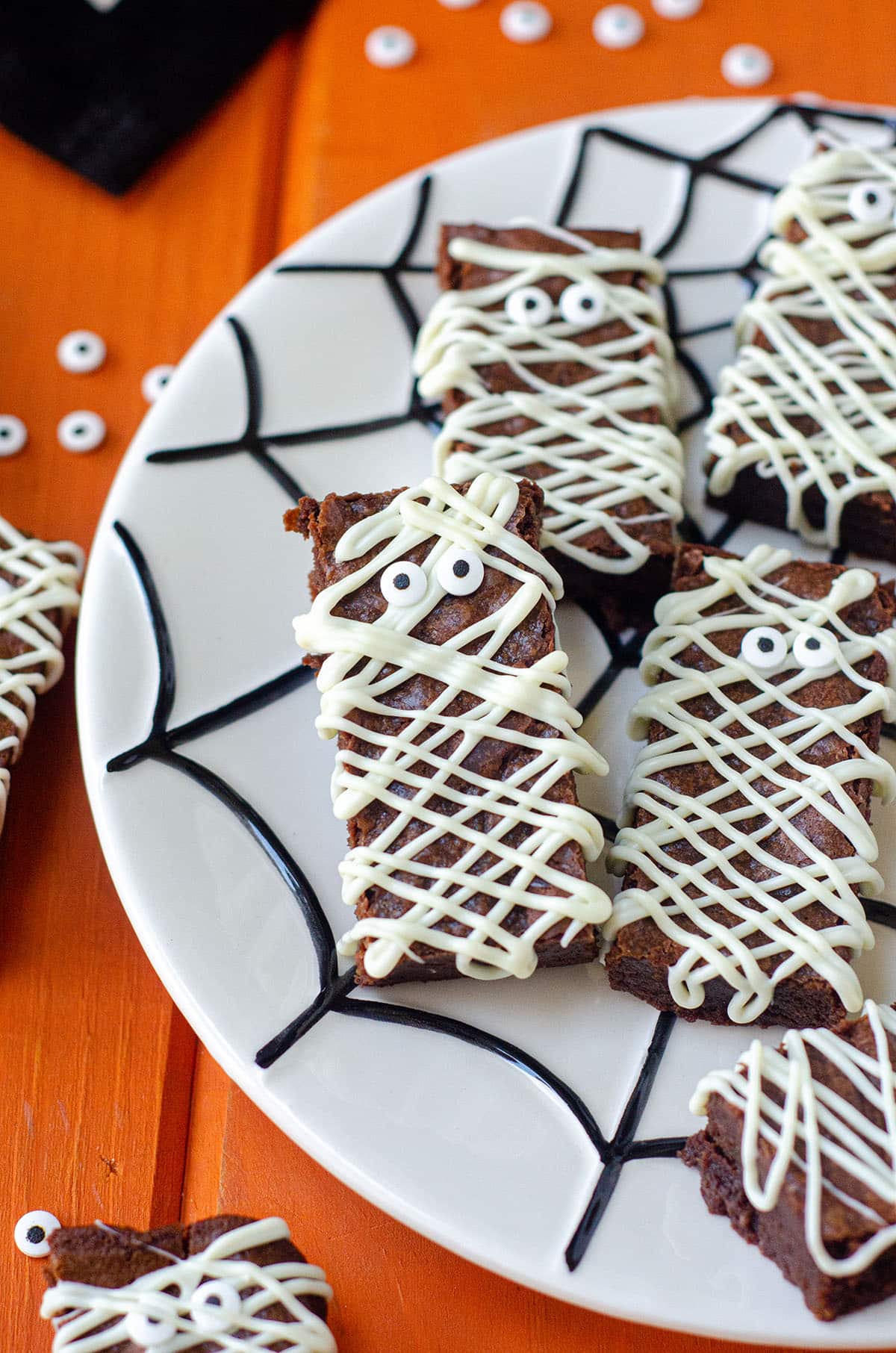 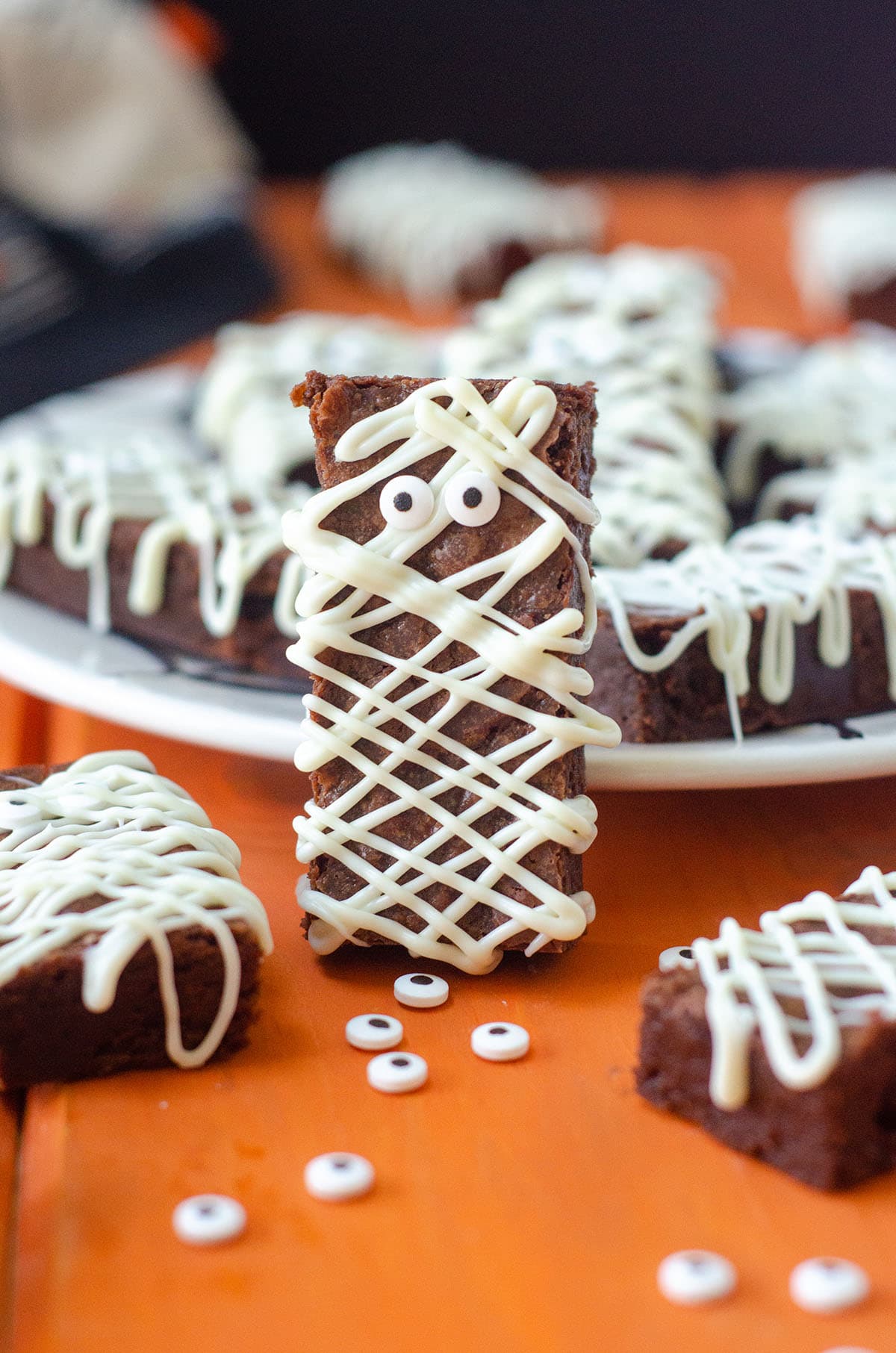 Turn ordinary from-scratch brownies into a seasonally spooky treat! With white chocolate and candy eyeballs, you’ll be the most popular monster at the mash! 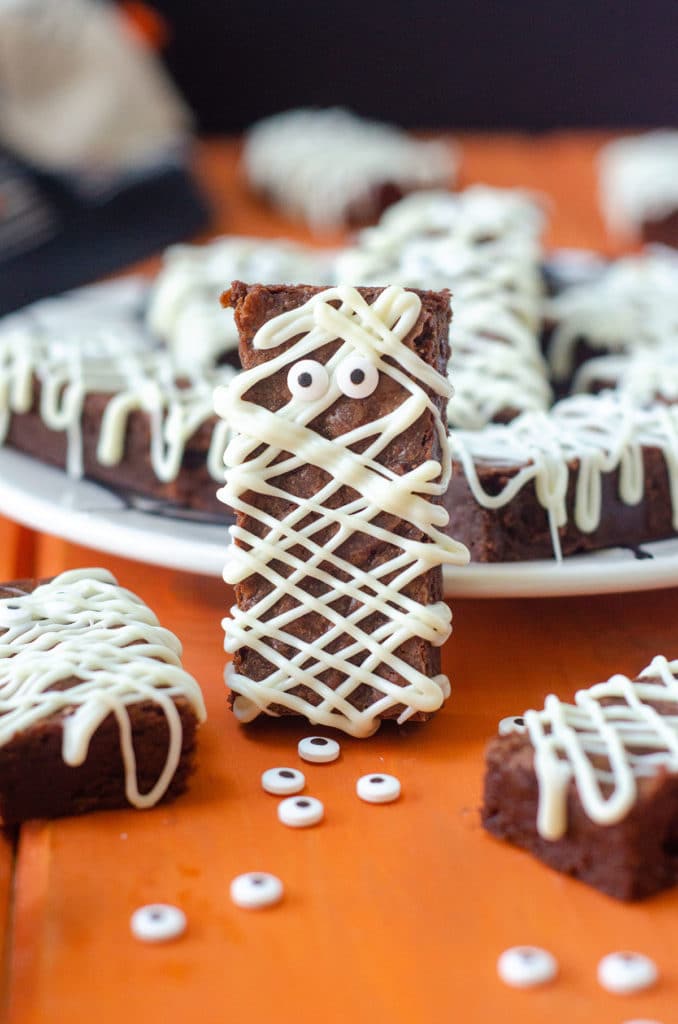 It’s already the end of October and already time to get our spooky bakes on!

What have you been baking this month? If you’re a subscriber to my emails, you know I’ve been reminding you that my fall flavors come in many shapes and sizes, both savory and sweet.

We’ve been revisiting apple and pumpkin alike, because fall can’t exist with just one, but today we’re putting all fall flavors aside to hone in on SPOOKY and HALLOWEENY.

Today I present to you the cutest little mummies I ever did see.

Because as if these homemade scratch brownies with white chocolate “wraps” and candy eyeballs weren’t easy enough, the video will show you that you, too, can create these Halloween treats even with two toddlers running around your feet (really happened).

For starters, the base for these mummy brownies is a brownie recipe you’ve seen here many many times. In fact, you’ll find it in…

I’ve said it before and I’ll say it again (and again, most definitely): scratch brownies are not hard.

And again for the people in the back…

SCRATCH BROWNIES ARE NOT HARD. 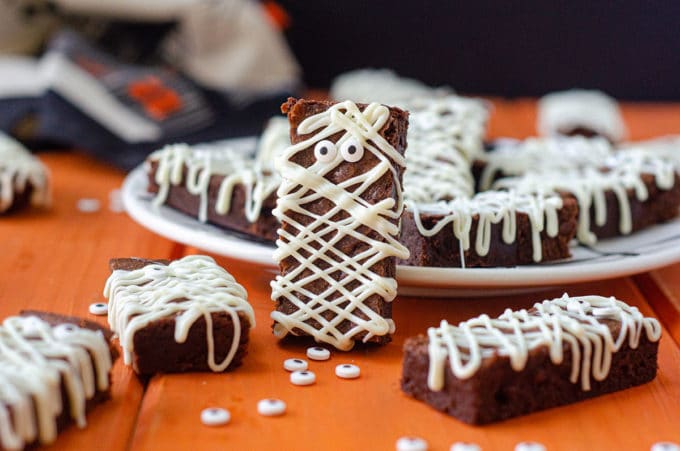 In fact, they’re super simple. And I find them loads better than any box brownies I’ve ever tried. My tried and true recipe will give you dense, fudgy brownies in only a little more time than it would take you to do a box mix.

There is plenty of fudginess going on in these homemade brownies to rival that box. I promise. Give ’em a try and tell me what you think! 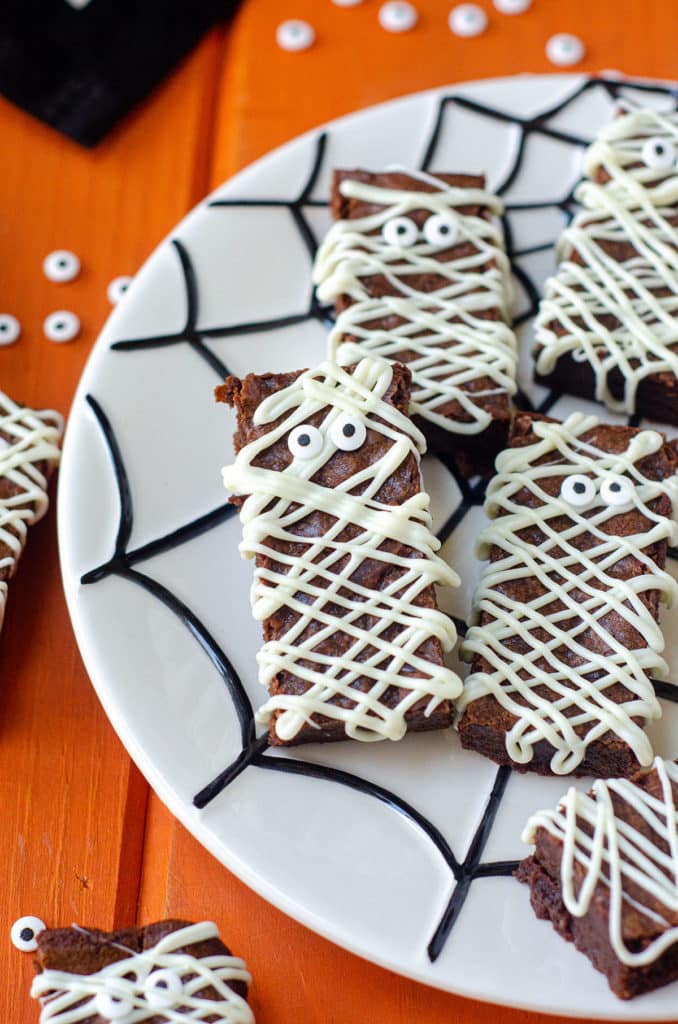 Chopped chocolate, butter, eggs, sugar, flour… Y’ALL. This is not tough. I wouldn’t lie to you, especially about baked goods.

Once your brownies are baked and cooled, getting them into “mummy shape” is also not difficult.

Cut the whole brownie block into equal thirds, and then cut each third into 6 rectangular pieces. 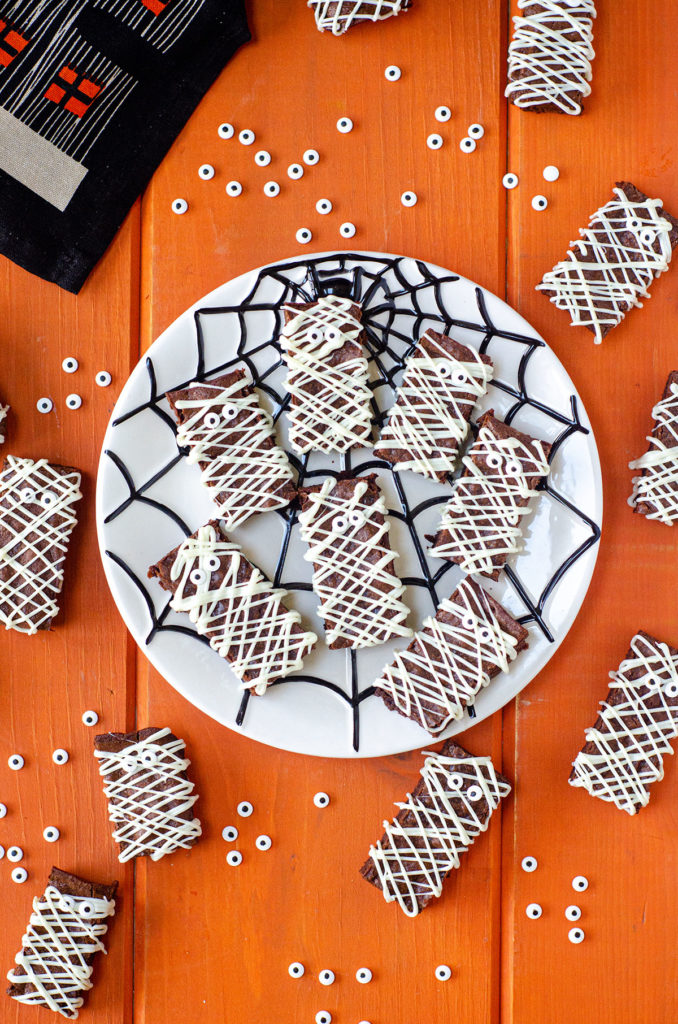 And guess what– it doesn’t need to be perfect, because they’re mummies. Pretty sure whomever wrapped mummies didn’t GAF about what it looked like. Plus, we’re going more for cute than historically accurate here.

We took these to a Halloween party and got lots of “ohhhs” and “ahhhs,” and if everyone really knew just how easy they were… They’d have made them, too!

So there you have it– my favorite scratch brownie recipe for the billionth (and definitely not last) time on the blog all spookied up for the best kickoff to the best baking season we’ve got. 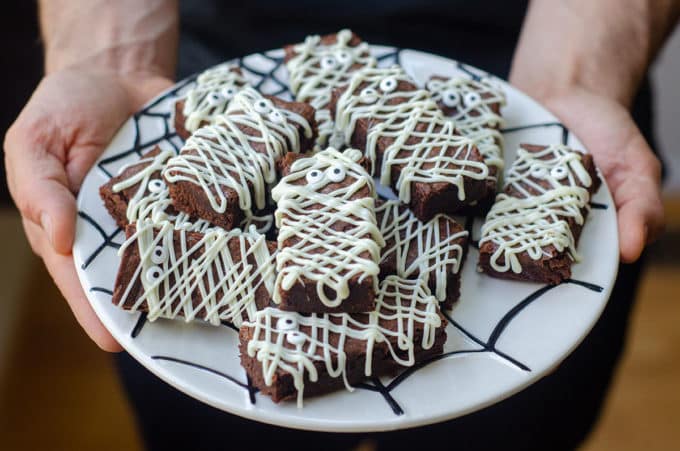 Cheers to easy and adorbs! 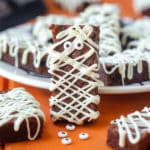 How To Make Mummy Brownies

*Room temperature eggs incorporate into batter much more easily than cold eggs, although this is not absolutely necessary. Adapted from homemade fudgy brownies
Did you make this recipe?Mention @freshaprilflours on Instagram or tag #freshaprilflours!