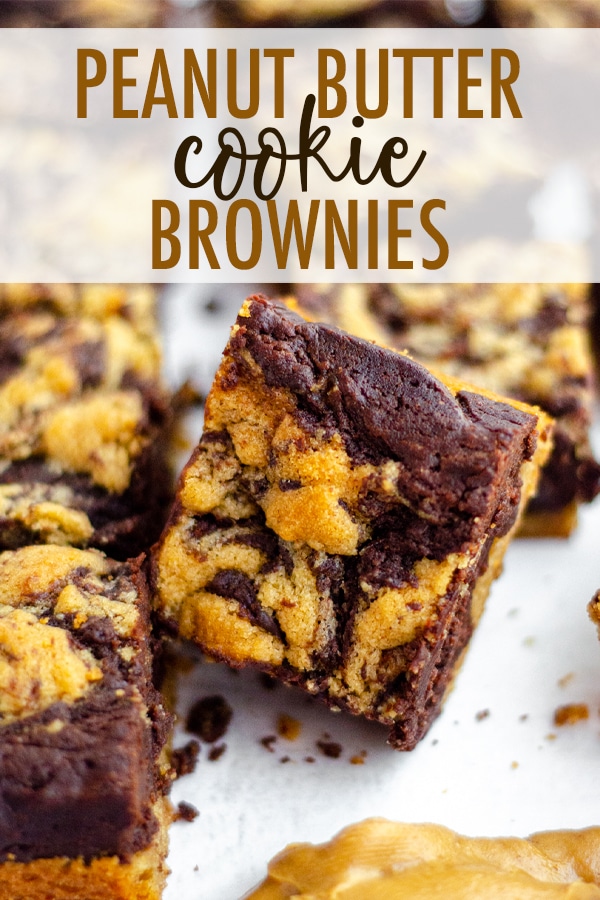 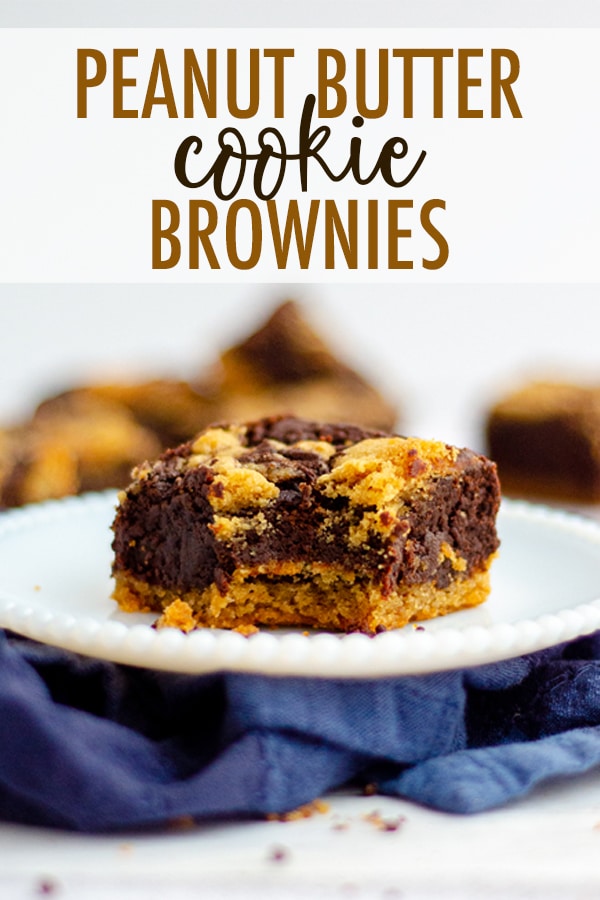 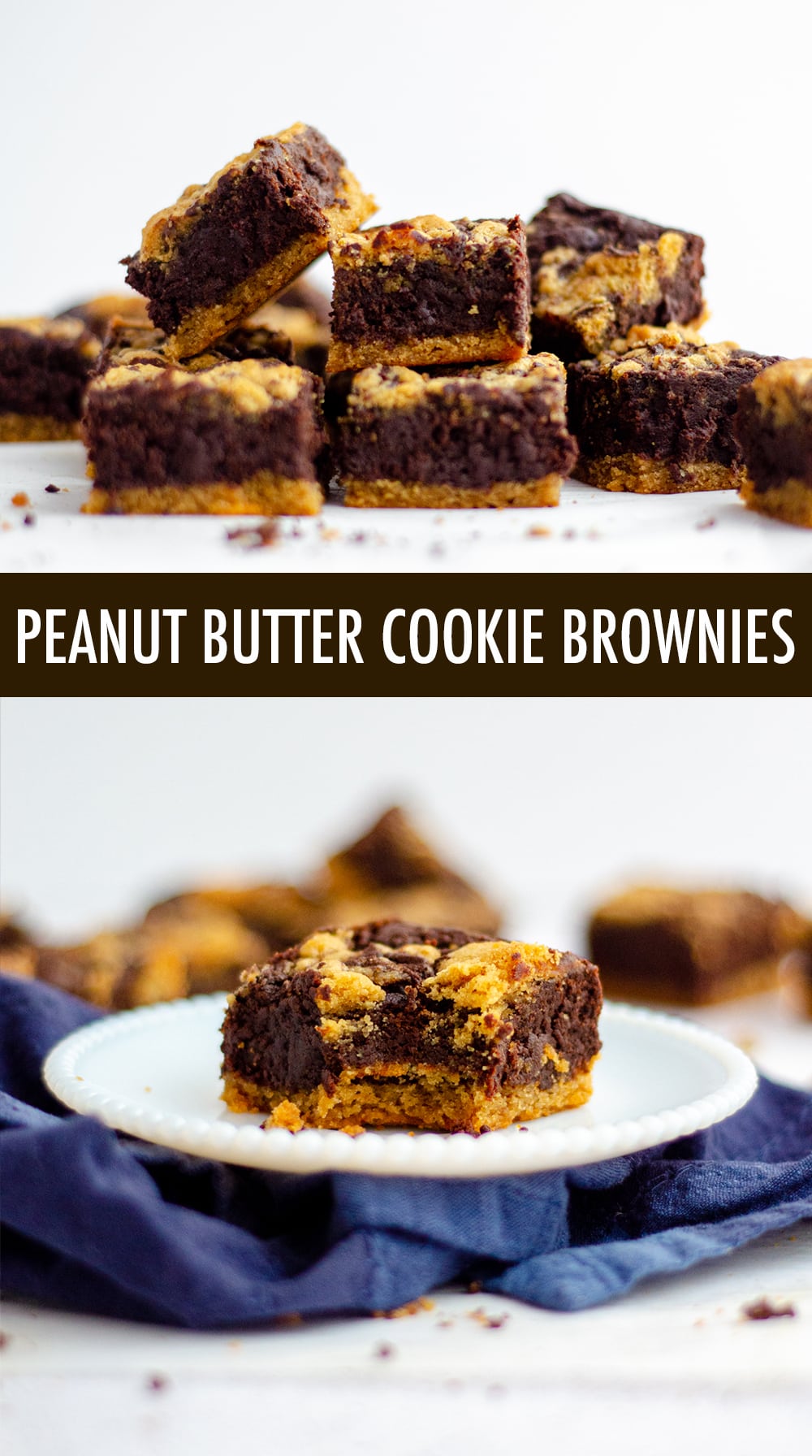 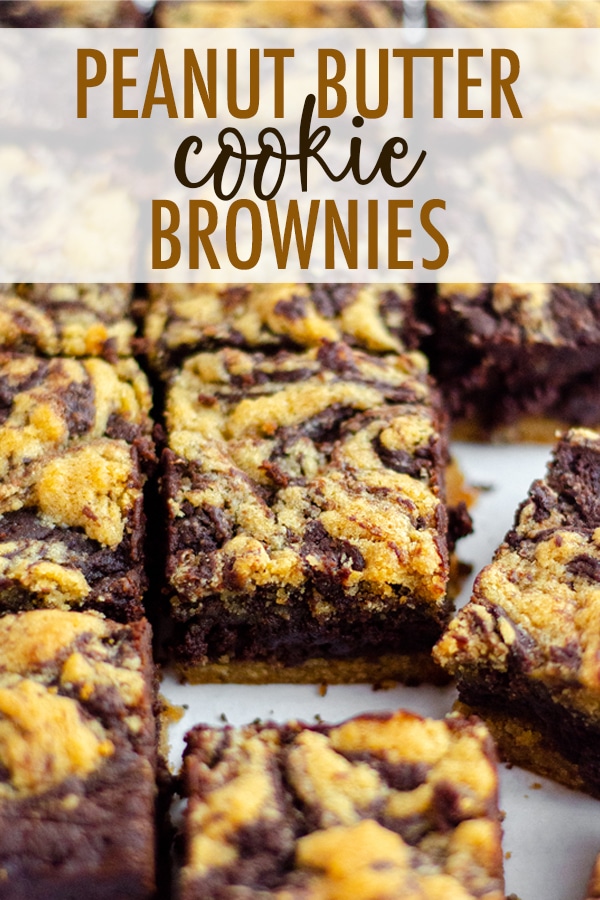 We’re talking the ultimate duo today, friends. Chocolate + peanut butter is one of those combos that always gets a lot of attention when I post a recipe that features it.

The love is real.

Today’s brownie recipe is the 6th installment in my Brownie of The Month series, which means we’re halfway through the brownie adventure! Have you been having a blast?

Have you made any yet? Which one was your favorite?

I wanted to feature peanut butter in a slightly unconventional way and also add a brownie to the Brownie of The Month club that was a little different than the ones before it.

A lightbulb went off when I wondered how I could get my favorite peanut butter blossom cookie base (which I used to create these top notch ultimate peanut butter cookies) all up in my classic, no fail, tried and true homemade fudgy brownie recipe.

You know I love me a good “remix” on a recipe that already exists.

My brownie batter remains unchanged here, and it all goes in at once, right on top of the peanut butter cookie dough base.

I was left with about 7 Tablespoons of cookie dough, which I dolloped all over the surface of the brownie batter.

The batter is a little on the thick side (not like the smooth red velvet cupcake element we swirled into our red velvet brownies), but with a patient hand, swirling the cookie dough into the brownie batter worked wonderfully.

The brownies baked up beautifully, and once they were cooled and cut, I feasted my eyes on exactly what I was looking for in a peanut butter brownie: a fudgy brownie wrapped in a peanut butter cookie hug, and one that was unlike any brownie I’d made or had before.

The peanut butter cookie dough stays soft and chewy, and the brownies remain mostly dense and fudgy. While the brownies take on a TAD more of a cakey texture, this is sort of expected, since we’re adding more flour to the brownie batter with the cookie dough (remember: little flour = fudgy brownies, a lot of flour = cakey brownies).

Needless to say when I emerged from the kitchen with a plate of peanut butter cookie brownies, I was everyone’s favorite for the 2 minutes it took for them to inhale them.

I’d love for you to try these brownies and see that they’re not your typical peanut butter brownies using brownie mix. They take a little extra time and elbow grease, but if I’ve learned anything from making brownies from scratch for many years, that extra effort is always worth it.

Plus, any excuse to get a jar of non-natural peanut butter (we call it “candy peanut butter” in our house) in the pantry for a bit? Sign me up for all the after-dinner spoonfuls! 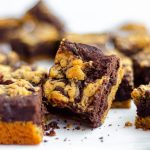 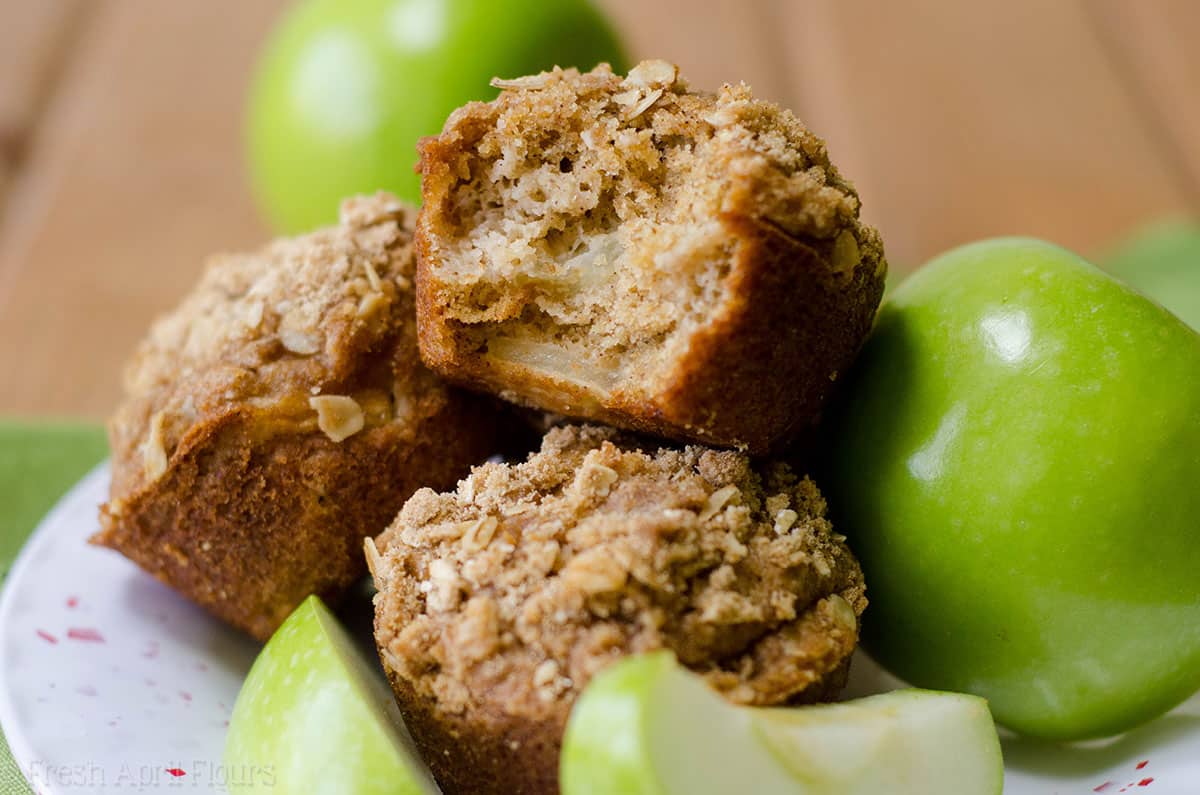 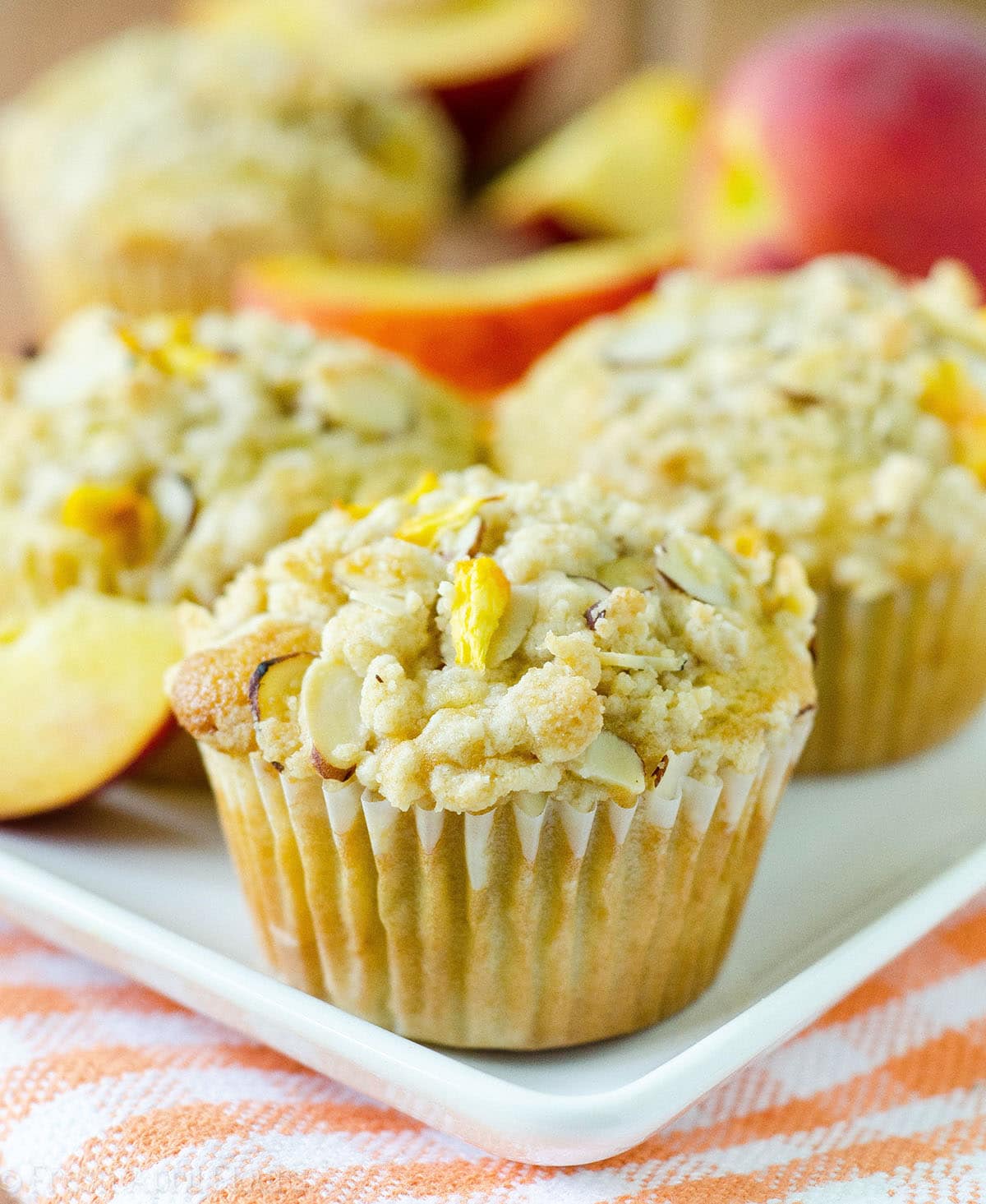 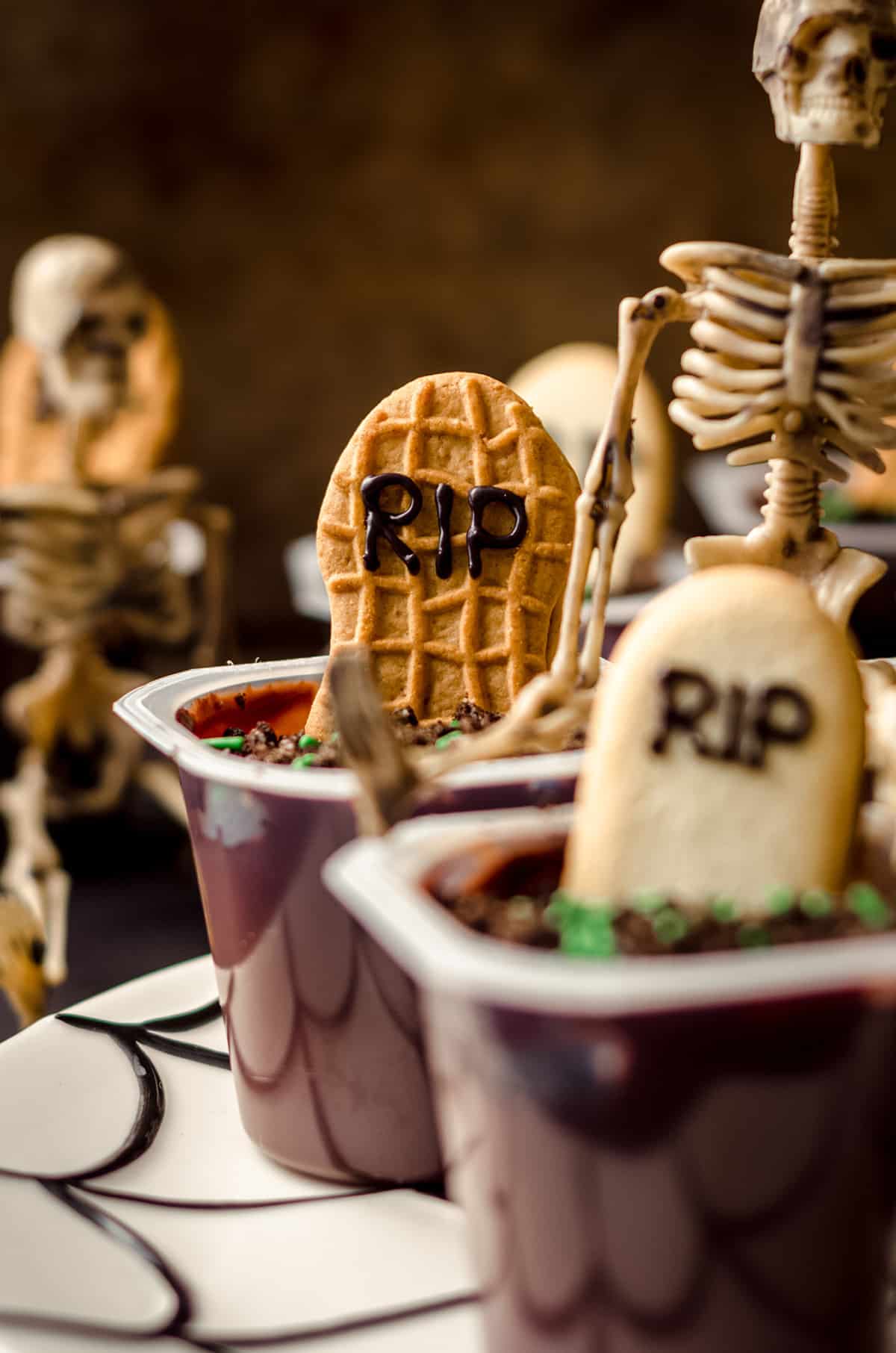 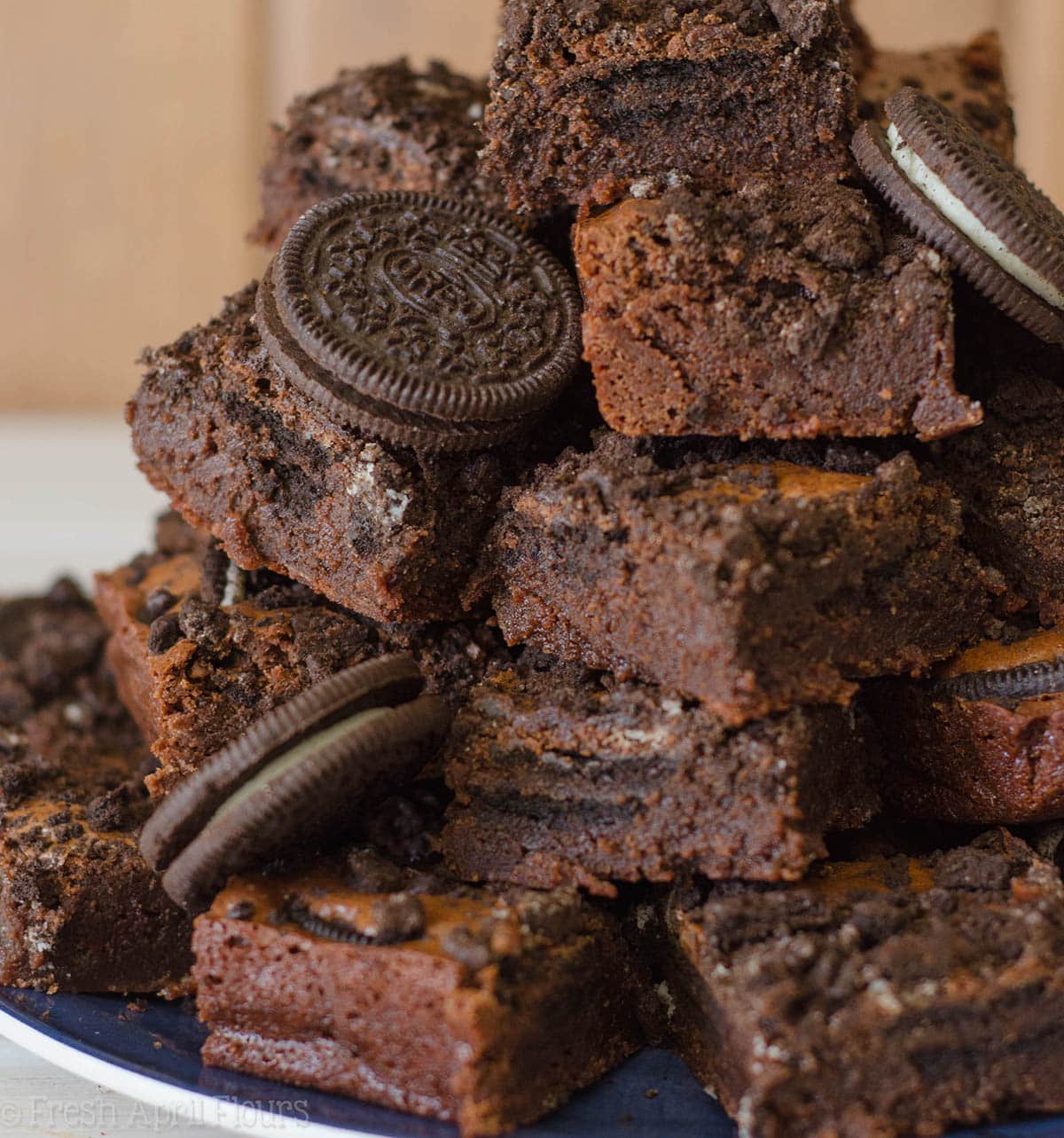 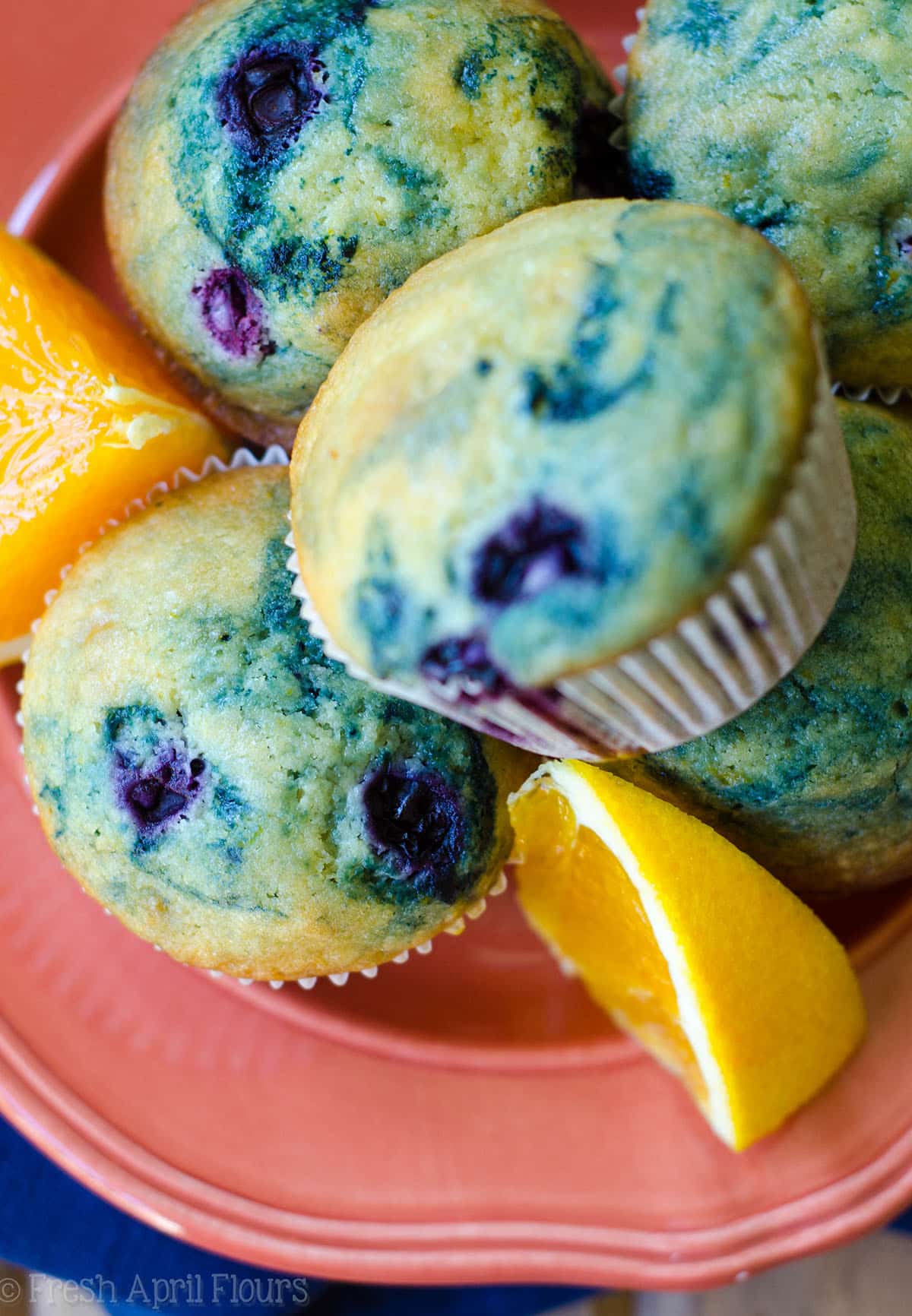 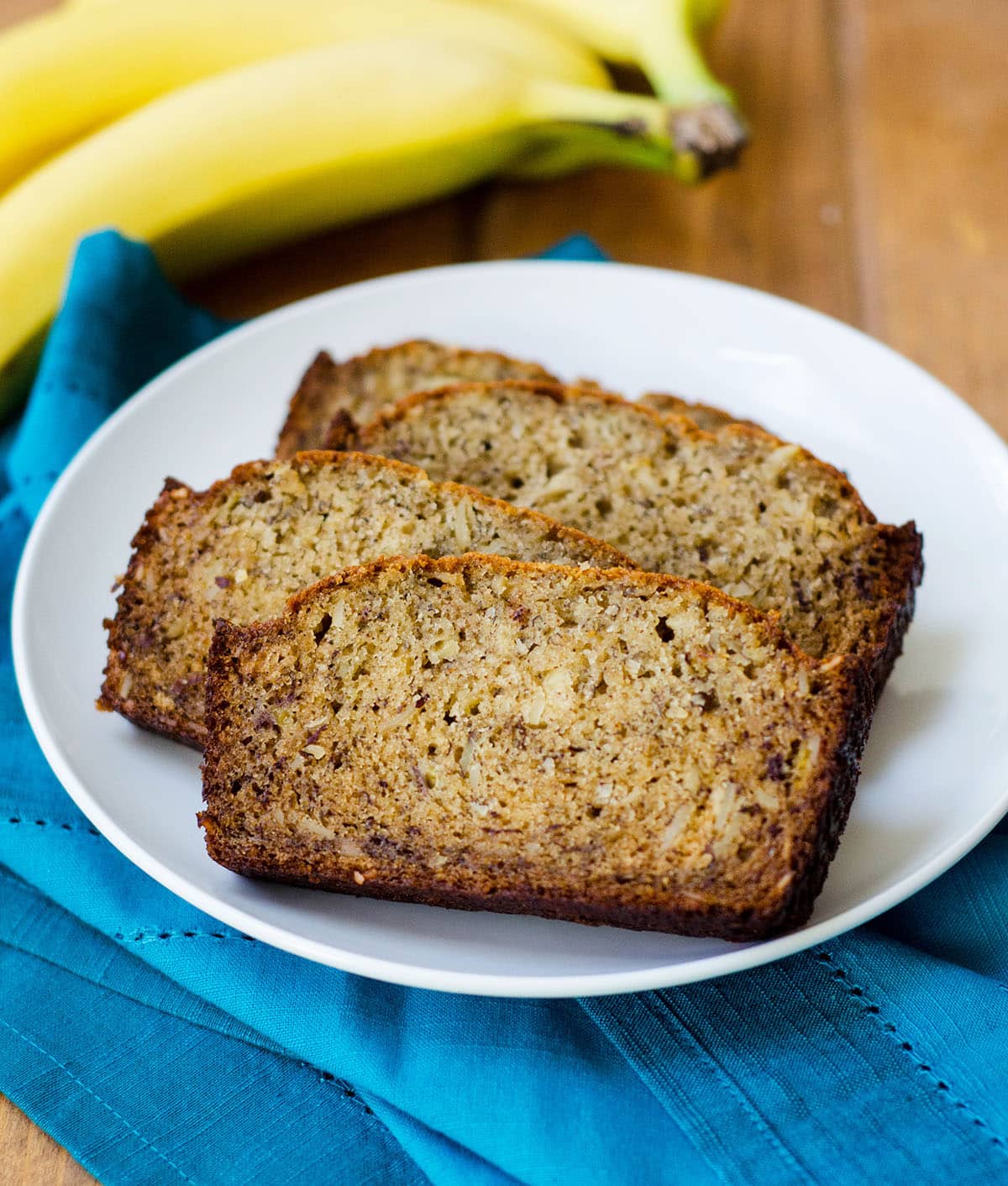