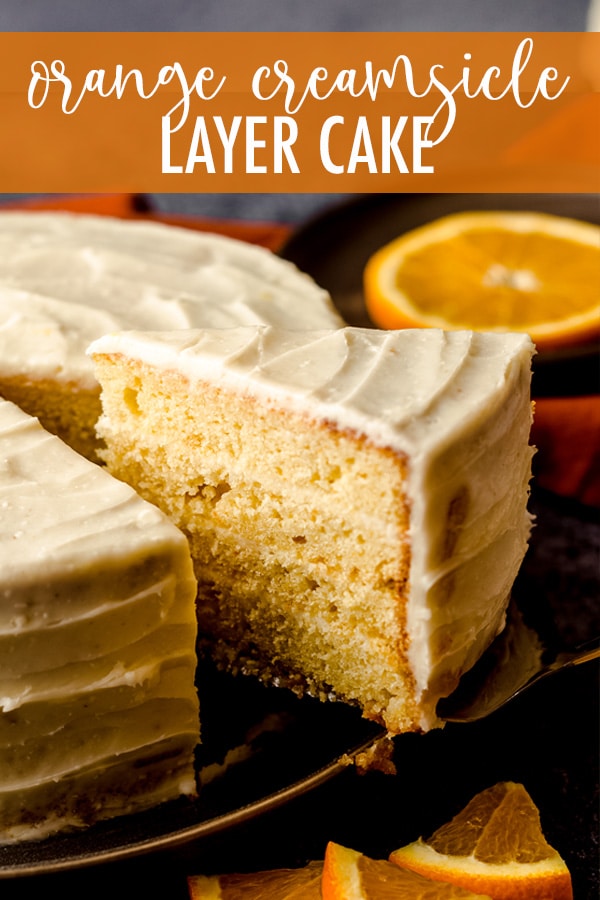 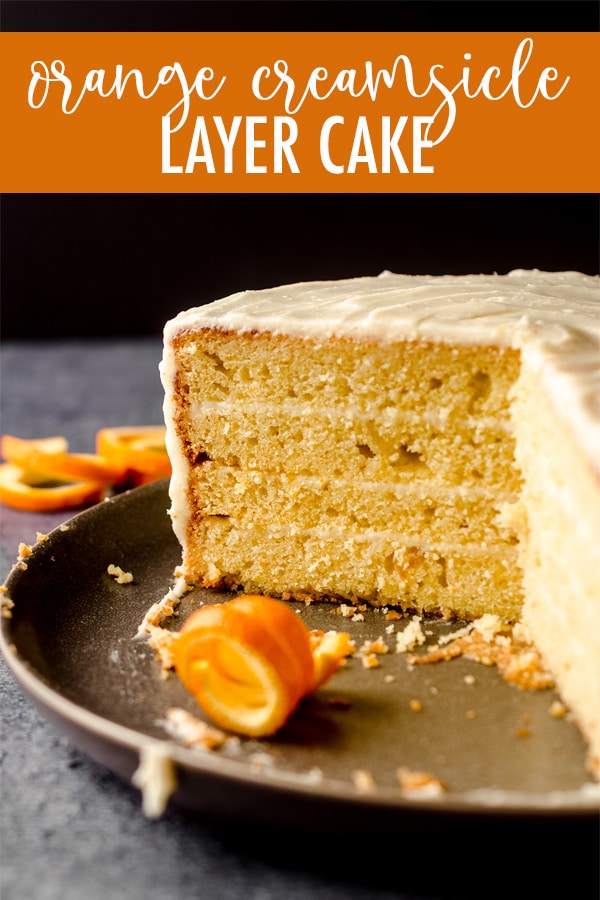 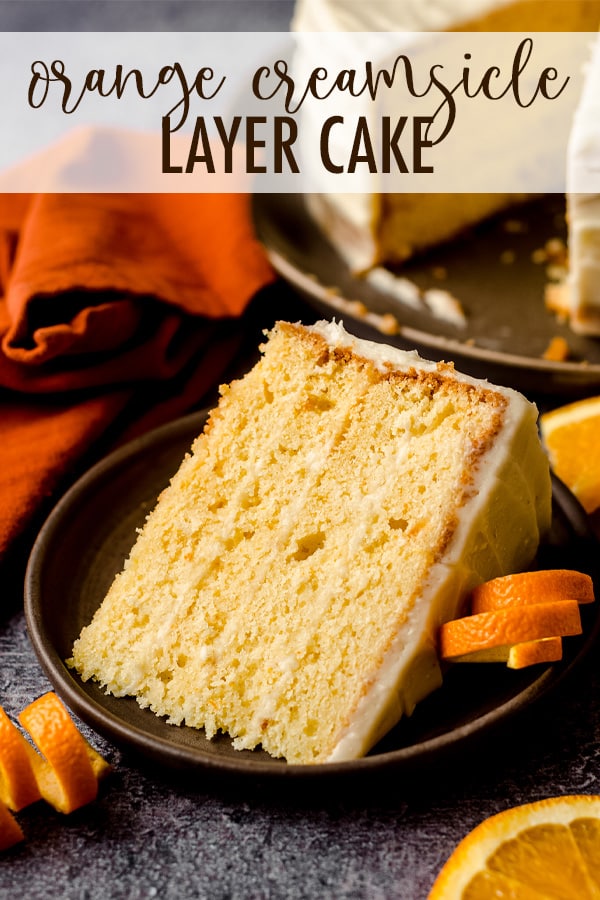 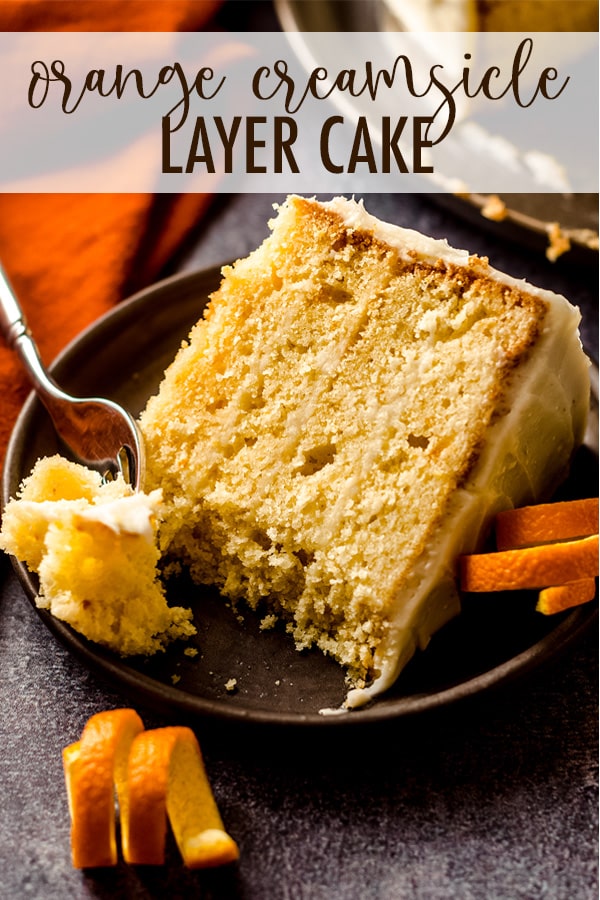 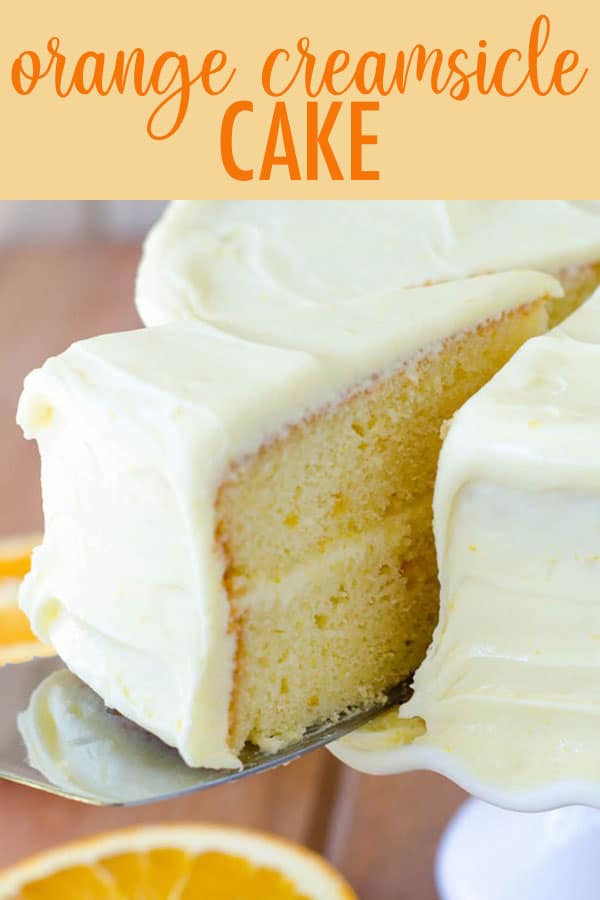 I am so excited to be refreshing this recipe for you, because since its establishment in 2016, it has been one of the most popular recipes on my entire blog.

Shortly after I published it, it went semi-viral on Pinterest and has since brought lots of people to it who are looking for an orange vanilla cake. And as you can see from the reviews, many manyyyy 5 star ratings!

The first time I made this cake was for Easter when I was pregnant with our first son. It usually gets a bump in traffic around Easter, all summer long, and again in the winter when oranges pop back up in season.

Though there’s never a bad time for orange (in my opinion), this orange cake recipe usually makes me think of spring, so let’s bring on the sunshine, shall we?

Quite some time ago, I published a recipe for blueberry lemon cupcakes, which I had made for my brother-in-law’s wedding.

This orange and vanilla cake is almost identical to that cupcake base, with just a couple tweaks to involve plenty of orange and lots and lots of crannies (not these kinds of crannies) for orange zest.

HOW TO MAKE ORANGE CREAMSICLE CAKE

This cake is really, really easy. No fancy ingredients, nothing you can’t handle, and plenty of flavor and impressability (is that a word?) to turn you into a fabulous cake baker.

So let’s break it down:

You’ll start by creaming together butter, sugar, and some orange marmalade. Butter + sugar is a pretty standard start to a cake, but I add in the orange marmalade here to help bring out ultra orange flavor. All that creaming with the orange zest really does something fancy to that base!

ROOM TEMPERATURE INGREDIENTS ARE A MUST

You’ll add each egg in separately and beat it into the creamed butter/sugar/marmalade.

A hefty dose of vanilla extract and some additional orange zest are added to the party to really amp up the orange creamsicle flavor.

It’s also best to have room temperature orange marmalade as well as milk, and you can prep these by setting them out when you set out your butter to soften.

WHY DO WE ALTERNATE ADDING WET AND DRY INGREDIENTS?

Since the base of this cake is quite buttery and also contains marmalade and a whole 4 eggs, it’s quite wet. You can only add so much more liquid to this mixture before it just can’t absorb any more.

It’s likely to separate if there’s too much liquid introduced into this wet base before there’s anything there to help absorb it. If we start with a little bit of flour, we have a bit more of a vehicle for adding more liquid.

I have made this cake (and into cupcakes) several ways, and I always find the lightest crumb with my alternating additions method. This isn’t always the method when it comes to making a cake, but the ratios in this batter benefit from it.

Your cakes will only take about 30ish minutes in the oven.

Not long at all! And while we’re talking about baking those beautiful layers, I have to give a little shoutout to one of my favorite cake baking tools to ever exist: homemade cake release.

I have been using this stuff from day 2 of scratch cake baking. Day 1? I greased and floured. I just do not love that method.

I swear by this cake release, and I urge you to try it. Your cakes will literally fall out of your pans, leaving behind little to no crumbs.

You may have no problem with the grease and flour method, and in that case, please… Carry on! Just know that this is my tried and true.

After the cake comes the creamiest, orangiest, heavenliest cream cheese frosting that ever existed.

I always have to stop myself from eating all of the leftover frosting. It is unreal good.

Nothing too crazy there either: a stick of butter, a block of cream cheese, some powdered sugar, orange zest or orange marmalade, and a touch of vanilla.

If you’re not so much into all that extra orange flavor (you cray!), feel free to leave out the added zest/marmalade. Whatever your tastebuds are feeling works just fine.

Once your cakes are completely cool, you’re ready to assemble. If you’ve never assembled a layer cake before, please do not be intimidated. It’s not as daunting as it may seem.

MY BEST TIPS FOR ASSEMBLING A LAYER CAKE

I always start by leveling my cakes. You can do this with a serrated knife (not my favorite way) or a cake leveler. I have used this cake leveler since I began baking cakes.

It is adjustable, durable, and it doesn’t take up a lot of space. And it’s super inexpensive. It makes leveling cakes a cinch, and I prefer it to a knife a million times over.

Once you’re leveled, place one layer on a cake stand or serving plate, spread a decent amount of frosting evenly on top, place the second level (cut side down) on top of that, and refrigerate for about 10 minutes.

I like to chill the whole cake before I frost the entire thing because it sturdies everything up a bit. Otherwise, I find that things can start to slide and then it’s all kinds of messy.

Feel free to refrigerate for longer, especially if you have the time!

Spread the remaining frosting on the top and all around the sides, pop in the refrigerator for about 30 minutes to allow everything to set, and you are ready to serve up the most delightful little orange creamsicle cake your tastebuds ever laid tastes on (what?).

If you want a 4 layer cake, simply split each layer into 2, and layer as instructed until you run out of layers.

I have made this cake several times over the years, and it is always met with people who can’t stop nibbling.

I actually had someone on this most recent round of tasting say:

Each bite of this orange creamsicle cake is filled with a burst of orange flavor, a soft, moist crumb, and surrounded by luscious cream cheese frosting that adds just the perfect amount of additional orange flavor to categorize this cake as “dreamy.”

My favorite bites are the ones with chunks of orange zest from the marmalade, because they add texture and a tangy punch of orange. The BEST!

I seriously love this cake: not too fancy, not too difficult, and sure to dazzle anyone who tries it!

It’s perfect for spring or summer, but let’s be honest, there really is never a bad time for orange, especially when it comes in the form of cake that reminds you of that childhood popsicle you could never get enough of.

Give it a try! I can almost guarantee you’ll be impressing yourself (and your friends) in no time with your ability to make a fabulous orange creamsicle cake from scratch! 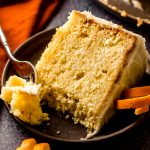 This recipe also fits in a bundt pan. Bake time is approximately 40 minutes. Top with a simple glaze or half the recipe of the orange cream cheese buttercream.
Did you make this recipe?Mention @freshaprilflours on Instagram or tag #freshaprilflours!

I made this cake to bring to Easter this year and it was incredible. I always see recipes for lemon flavored cakes but orange was so nice and different I had to try it. Instructions were easy to follow- I even learned how to properly measure flour *thank you!!* I think that really made a difference. The icing was delicious and easy to spread on the cake. Give this one a try!

Thanks so much, Amanda! I’m so happy to hear you learned about measuring flour properly. Can’t wait to hear about your blackberry adventure with this one!