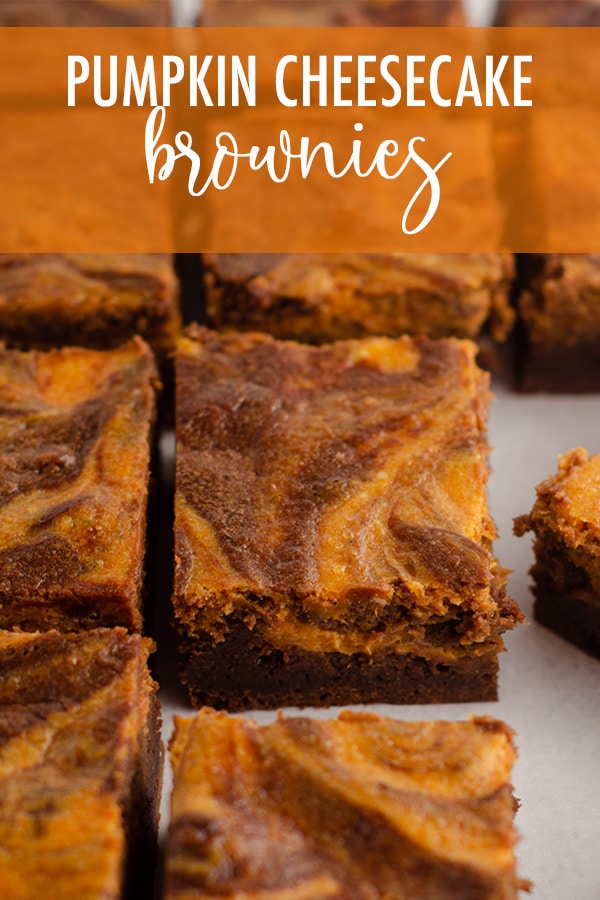 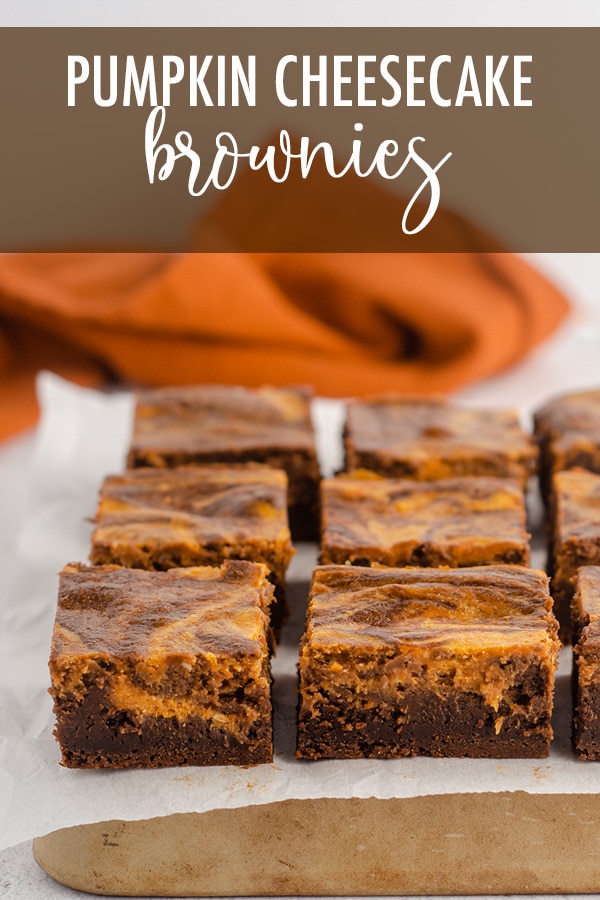 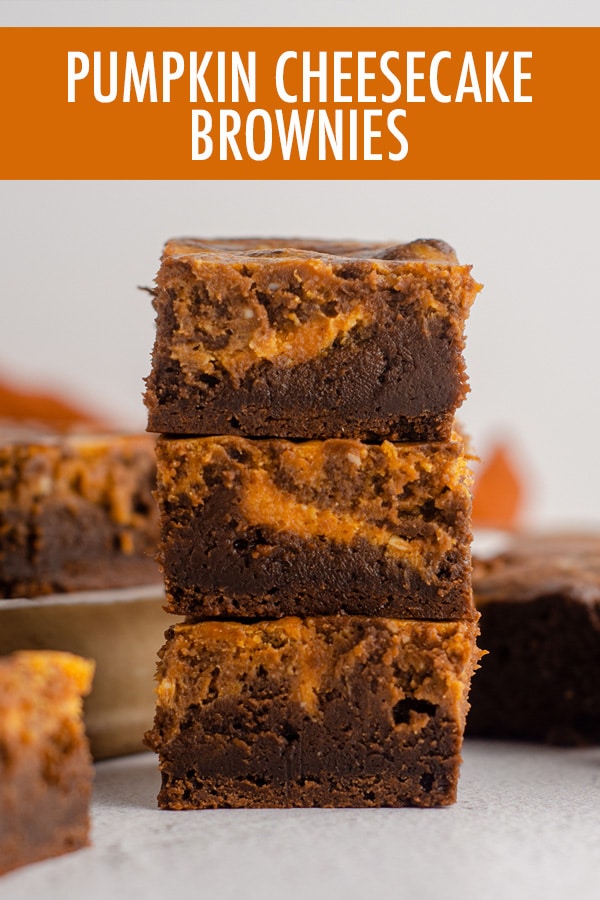 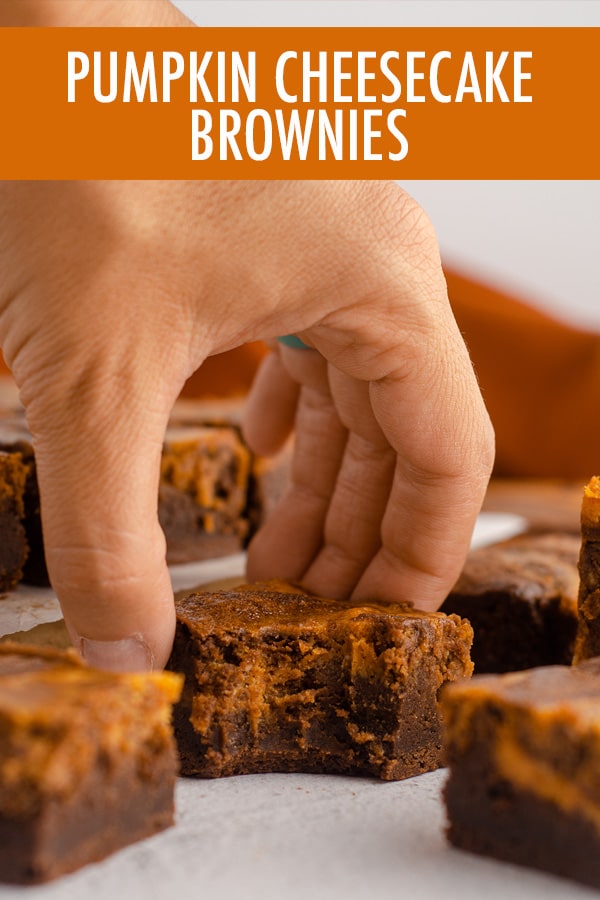 If you were a brownie and needed to dress yourself up for fall, what would you do? Swirl yourself with pumpkin? Because that’s exactly what we’re doing today.

I think I’m calling these my “basic” brownies. Not quite the same as my “base brownie recipe,” but my Basic with a capital B brownies, because I’m pretty sure one bite of these brownies will want you throwing on your Ugg boots and sipping a PSL.

I nearly guarantee it.

September’s Brownie of The Month is all about the pumpkin, and where better to place it than right smack dab in the middle of FAF’s Pumpkin Week?

If you missed it, I posted a brand new pumpkin spice cookie recipe and spruced up my pumpkin spice puppy chow recipe to kick things off this week.

And since 2020 is all about those brownies, it only made sense to throw pumpkin into that mix, too.

So you’ve definitely seen these brownies before. They’re a spinoff of my chocolate chip cheesecake swirl brownies from many years ago.

Those brownies begin with my homemade fudgy brownie batter (as do all of the brownies on my blog) and then get swirled with chocolate chip cheesecake.

I took the chocolate chip cheesecake portion of those brownies and changed a few things around in order to fit the mold for these pumpkin cheesecake brownies.

We know that in baking, pumpkin adds ridiculous moisture. Sometimes too much. Which is why I completely removed them from my pumpkin spice cookies.

The same applies here, where I removed the egg from the pumpkin cheesecake batter in order to keep a good amount of moisture rather than bring soggy cheesecake to our brownies.

I added just a teeny bit of pumpkin pie spice to the pumpkin cheesecake batter to amp up the flavor without losing too much of the brownie element.

A quick swirl of the pumpkin cheesecake batter into the brownie batter and we’re left with gorgeous orange swirls amid dark chocolatey ones. I was afraid these brownies would be ugly, but they’re totally not at all.

Though it’s possible I am pretty biased since orange is my absolute favorite color.

It was so hard to wait for these pumpkin cheesecake brownies to cool before cutting them, but the wait was definitely worth it.

The pumpkin cheesecake swirls are such a nice complement to the already rich chocolate of the brownie, and if you’re unsure about chocolate + pumpkin together, these brownies will definitely make you a believer.

Dense, chocolatey, bursts of spiced pumpkin cheesecake in every bite… These brownies just scream “FALL.” And “BASIC,” because, yes. 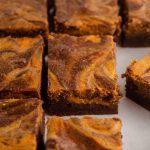 *Room temperature eggs incorporate into batter much more easily than cold eggs, although this is not absolutely necessary. Adapted from homemade fudgy brownies
Did you make this recipe?Mention @freshaprilflours on Instagram or tag #freshaprilflours!