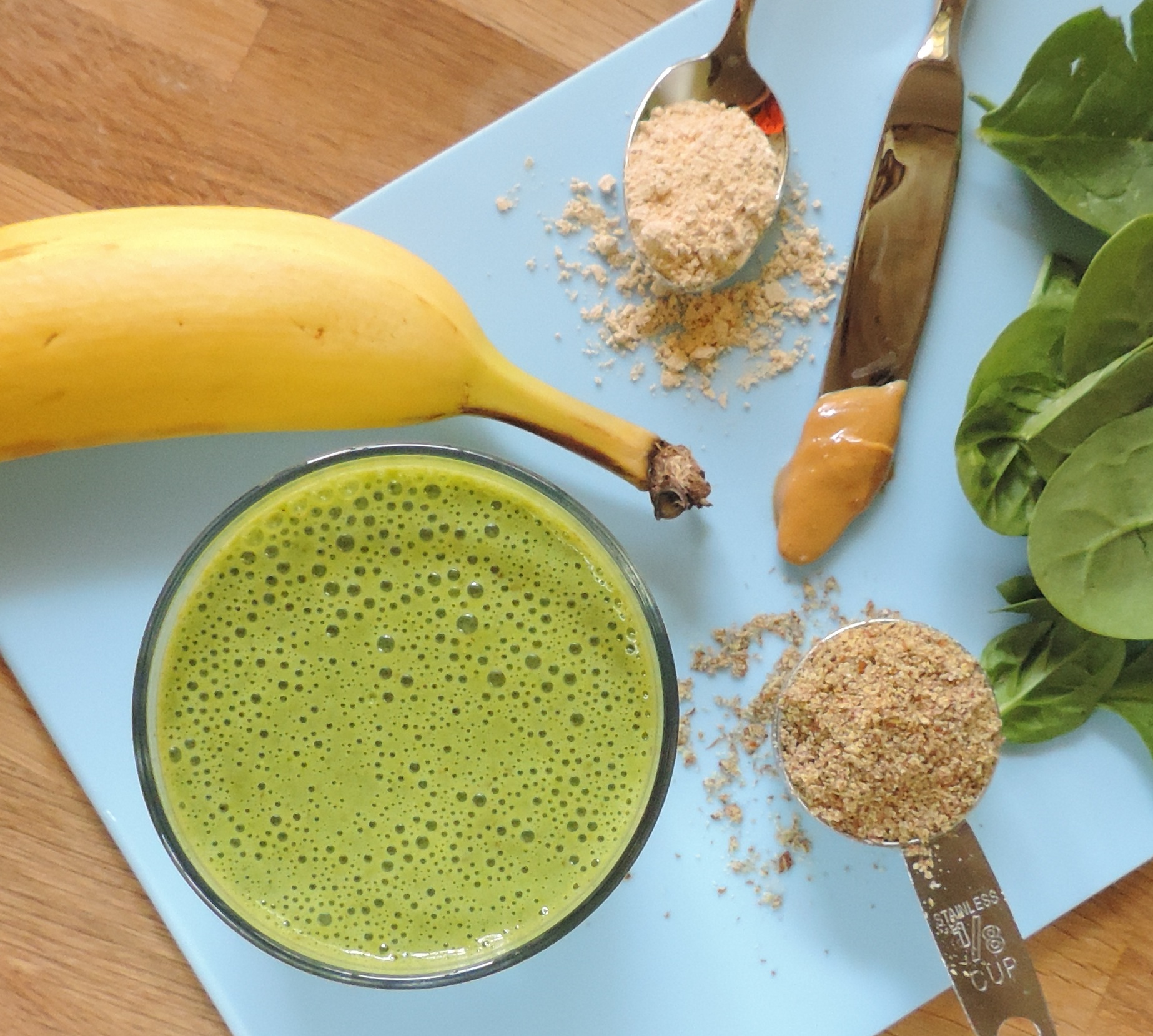 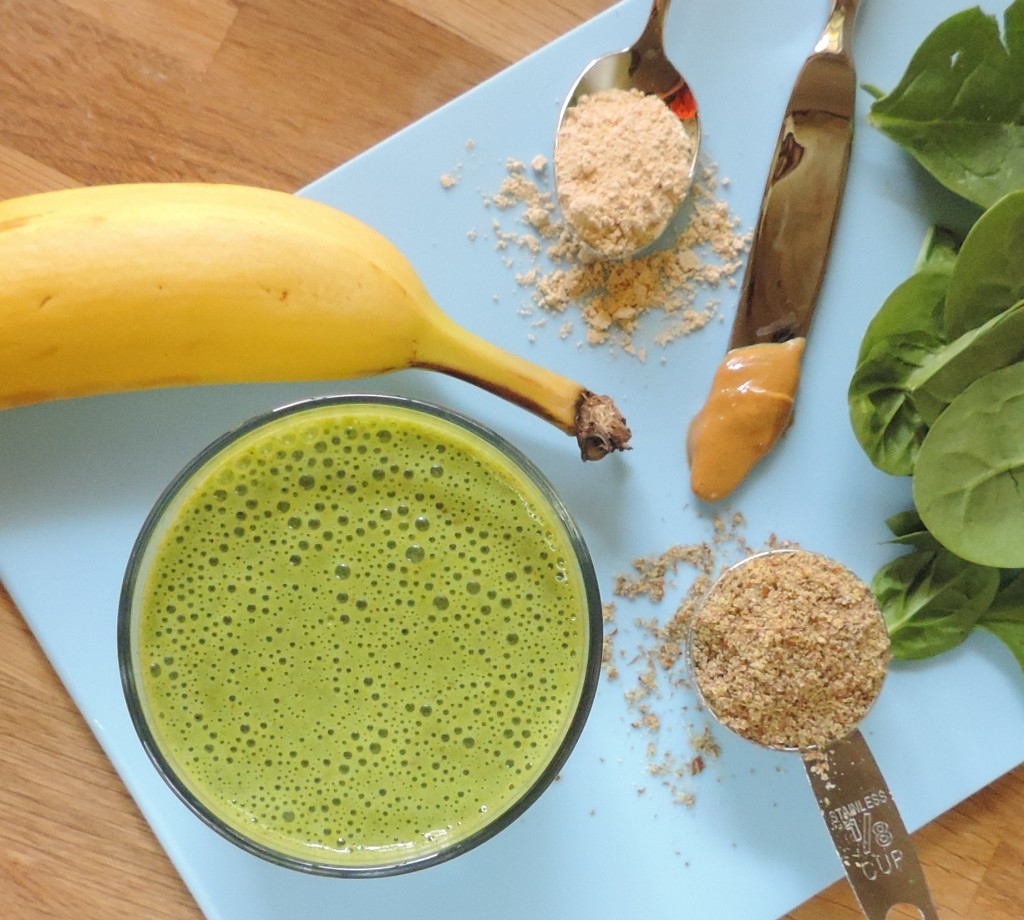 If there is an “it” food right now, it’s smoothies.

Smoothie this, smoothie that. Turn your meal into a smoothie! Turn your fruits and vegetables into a tasty treat!

This is all well and good, except that the more people ask me (us) what it is that we eat to help us stay healthy, the more I realize people actually don’t really know where to start.

Smoothies are a really great option for breakfast because they’re portable, they’re easy on the belly, and liquid absorbs into your body much more quickly than solid food does. I absolutely love my morning smoothie.

It’s actually what gets me out of bed, because I love it that much.

I also really enjoy it because I am a “let’s have an experience with our food and not just inhale it” kind of girl. I hate being rushed to eat, and at work between the hours of 7 and 8am, I can normally be found milking my cup of coffee out of my insulated Klean Kanteen Thermos

(because it has to be piping hot). 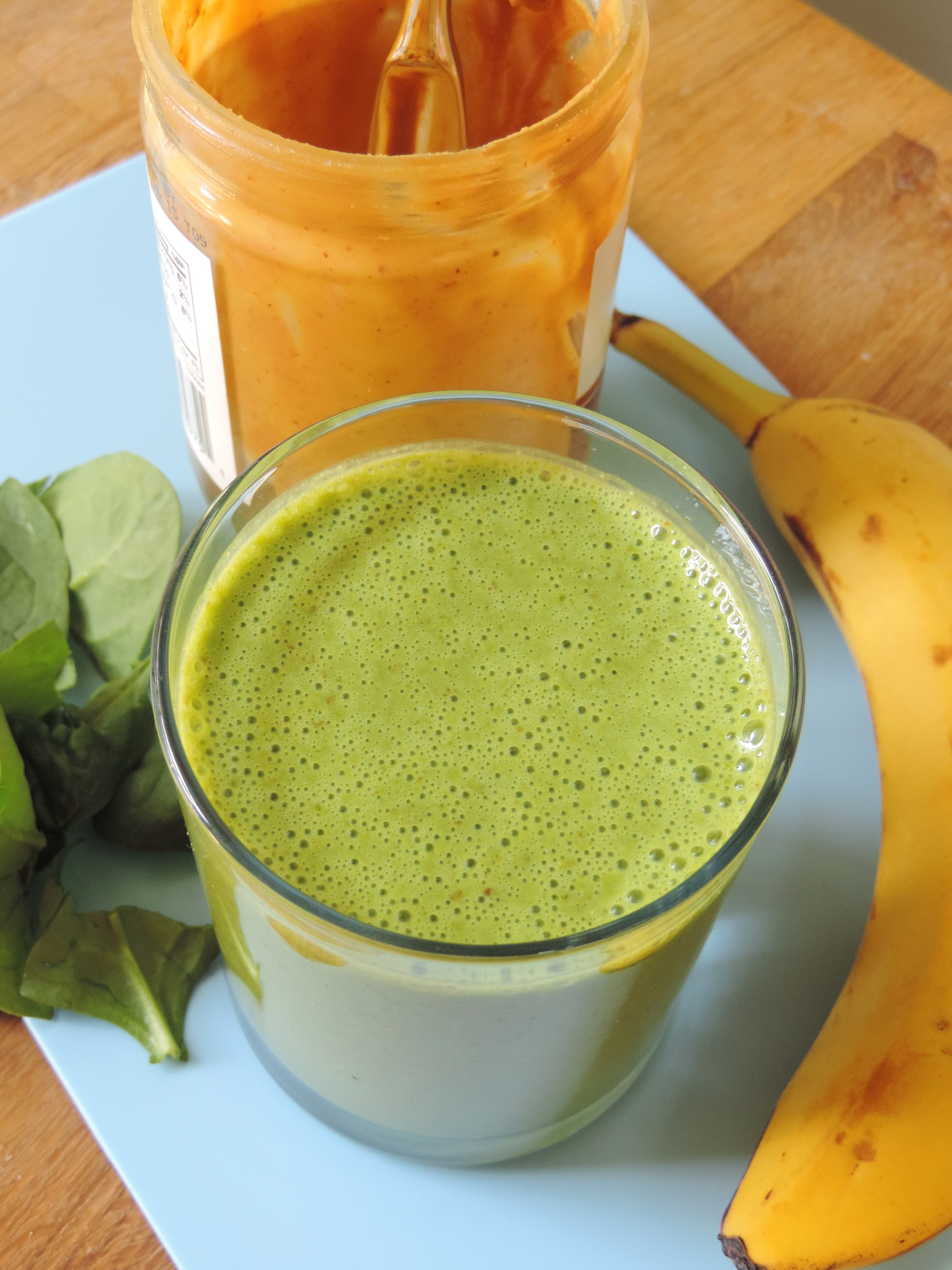 If you missed my post on properly measuring your ingredients, maybe give the 3rd paragraph a skim before you read this one any further (that’s the part about the kitchen scale). As far as accurately measuring goes, it’s not as crucial with this recipe, but I mention it because a lot of people have no idea what they’re putting into smoothies.

Not just that, but many people get overwhelmed with the plethora of things to choose from that they end up throwing a whole bunch of things together that alone, taste great, but when blended, taste like crap.

A kitchen scale, or even just a set of measuring spoons/cups, will make it easier to get the right combination of flavors to insure deliciousness!

Personally, I put my blender on my kitchen scale, tare it between each ingredient, and add that measurement to my MyFitnessPal app where I keep track of what I eat all day long.

That way, I know exactly what I’m consuming and in what amounts. I prefer the kitchen scale method because my “1 Tbs” of peanut butter with a measuring spoon comes out to much more than what it should be (oh, the whole jar isn’t just one big tablespoon?). 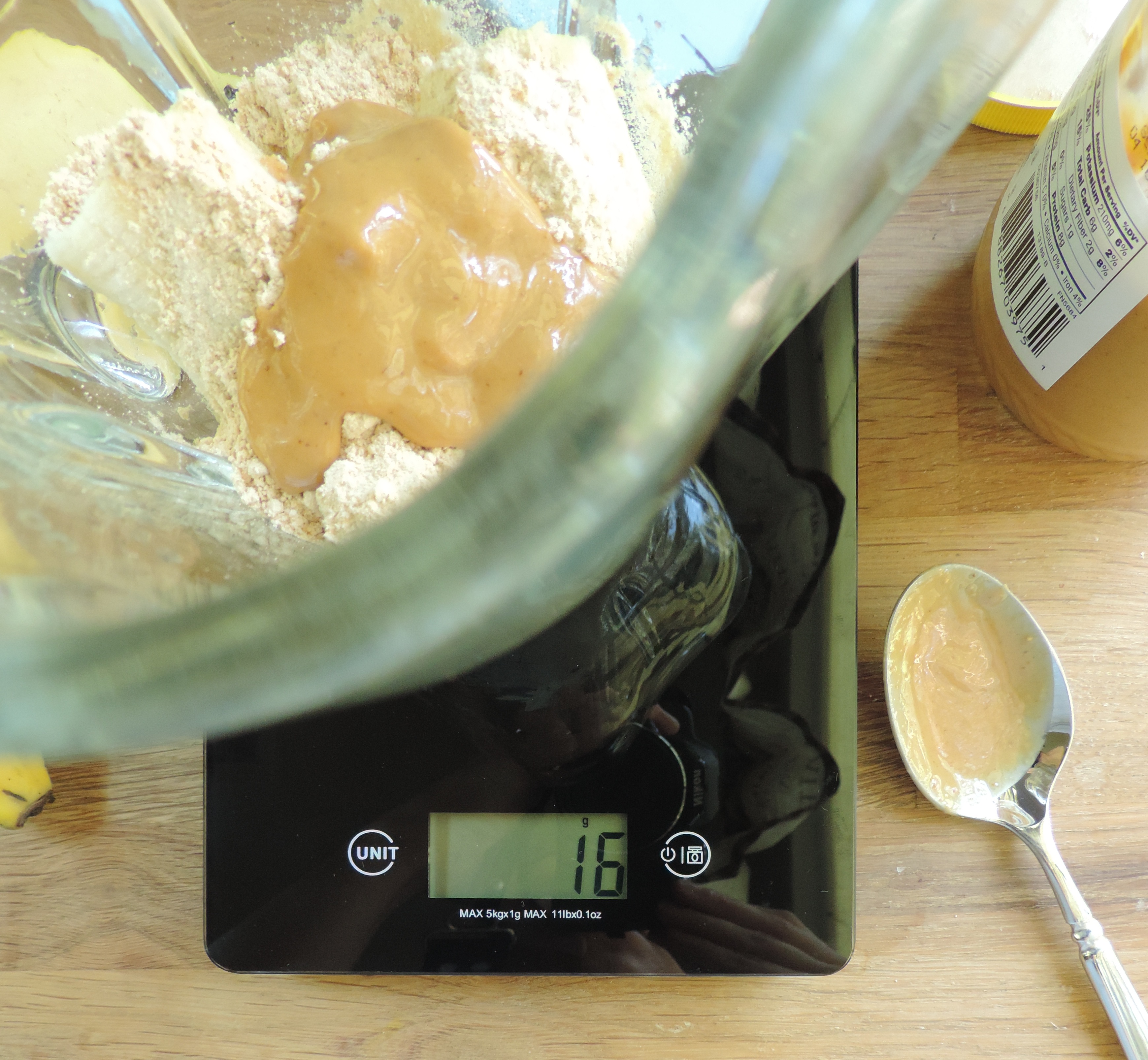 Matt and I have been making smoothies for breakfast, pre-workouts, and post-workouts for the better part of 3 years now, so I’ve tried many combinations. That being said, this is my favorite smoothie. Hands down. 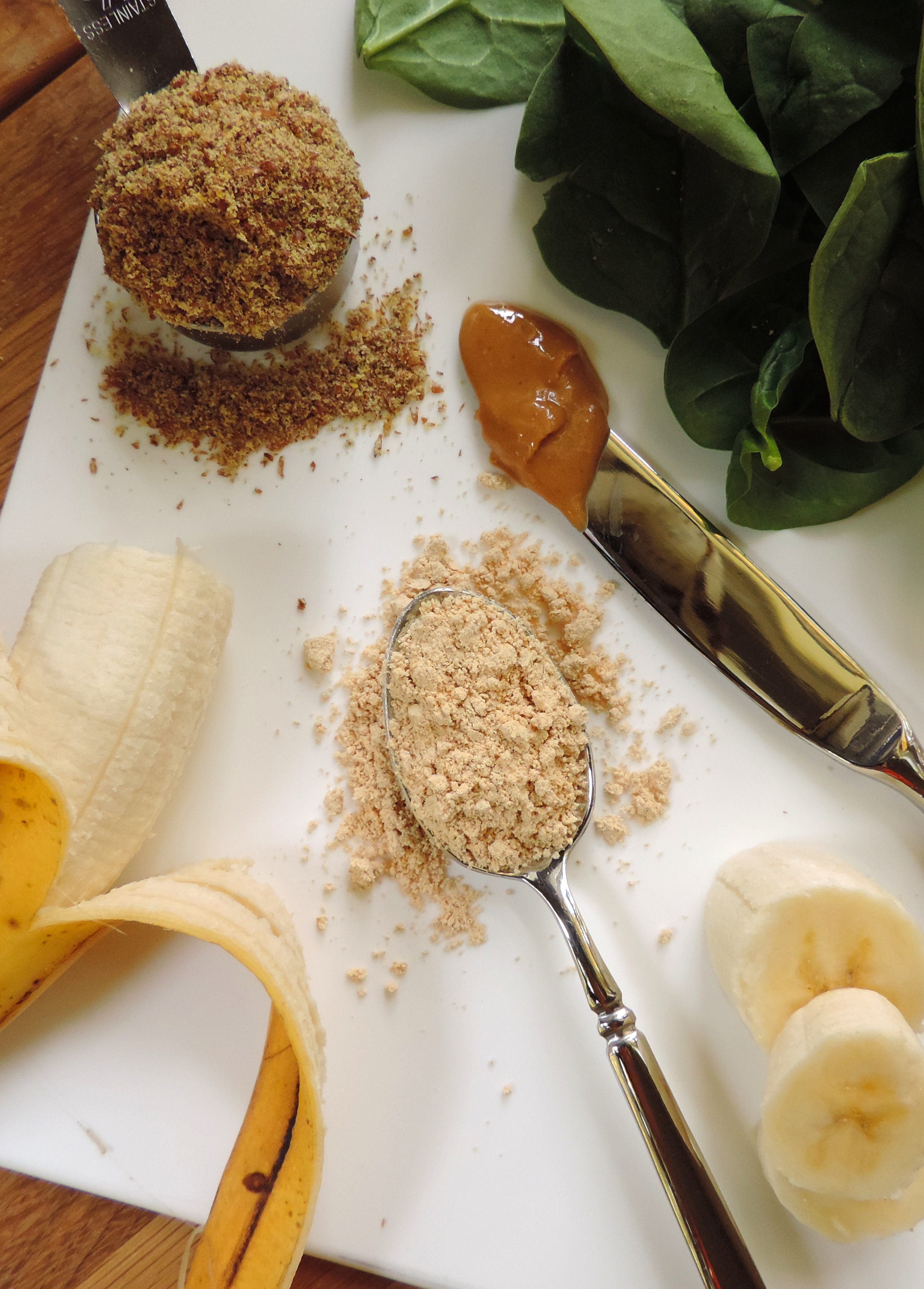 A note on some ingredients…

Pasteurized (so they’re safe to eat without cooking) egg whites come in a carton. They add protein to a smoothie while also making it frothy and fluffy. You can find them with the eggs in the grocery store.

PB2 normally comes in a jar, but we buy ours

from Amazon because it’s cheaper, so it comes in a vacuum pack. PB2 is great because it gives more of a peanut butter taste without adding as much fat or nearly as many calories.

Two tablespoons of peanut butter has 200 calories, 16g of fat, and 8g of protein.

Alternatively, two tablespoons of PB2 has only 45 calories, 1.5g of fat, and 5g of protein.

Sacrificing a little bit of protein for the benefit of less calories and fat and the same taste. 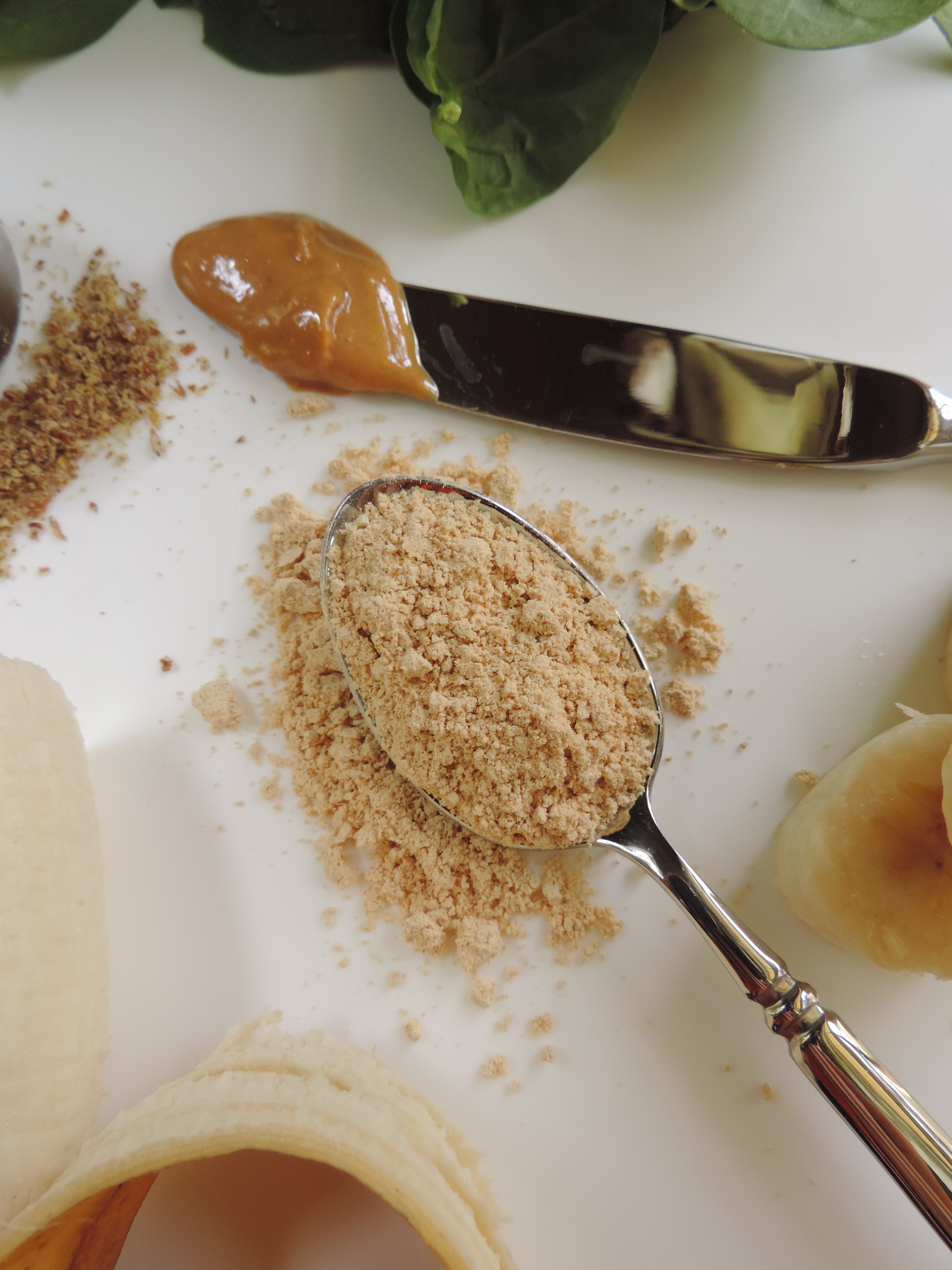 We have a strong blender, so I just throw it all in and blend everything all at once. I usually let it blend for about 2 minutes, just to make sure everything is blended well. There’s not a whole lot worse than getting chunks of spinach in your sips.

The flaxseed also has a tendency to have a strange mouthfeel when it’s in a liquid. It’s best to blend it as well as possible! 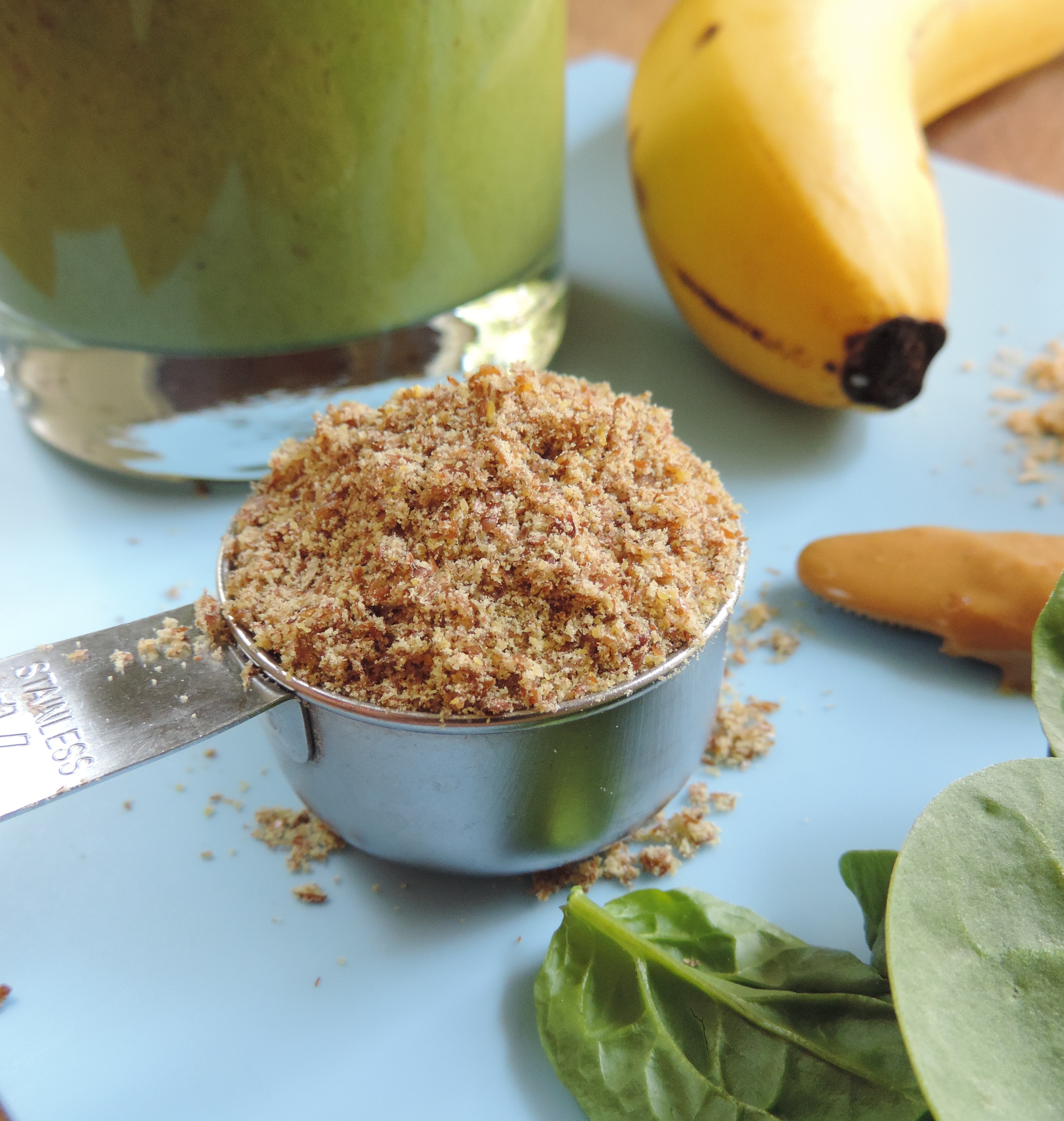 What I love about this smoothie is that it tastes like a milkshake. Seriously. That’s mostly due in part to the protein formula, but without it, it’s still absolutely delicious. It’s kind of like eating dessert for breakfast, and can anyone really argue with that?

Just for a reference point, this recipe as written has:
395 calories
14g of fat
11g of fiber
18g of sugar
and 25g of protein

This recipe is also, as written, gluten free!

It’s a pretty hearty breakfast, and I can last 3-4 hours until I have an apple a couple hours before lunch.

I hope you’ll find this makes the whole smoothie thing easier to understand! Now, get to blending! 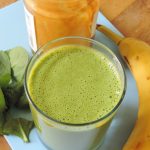