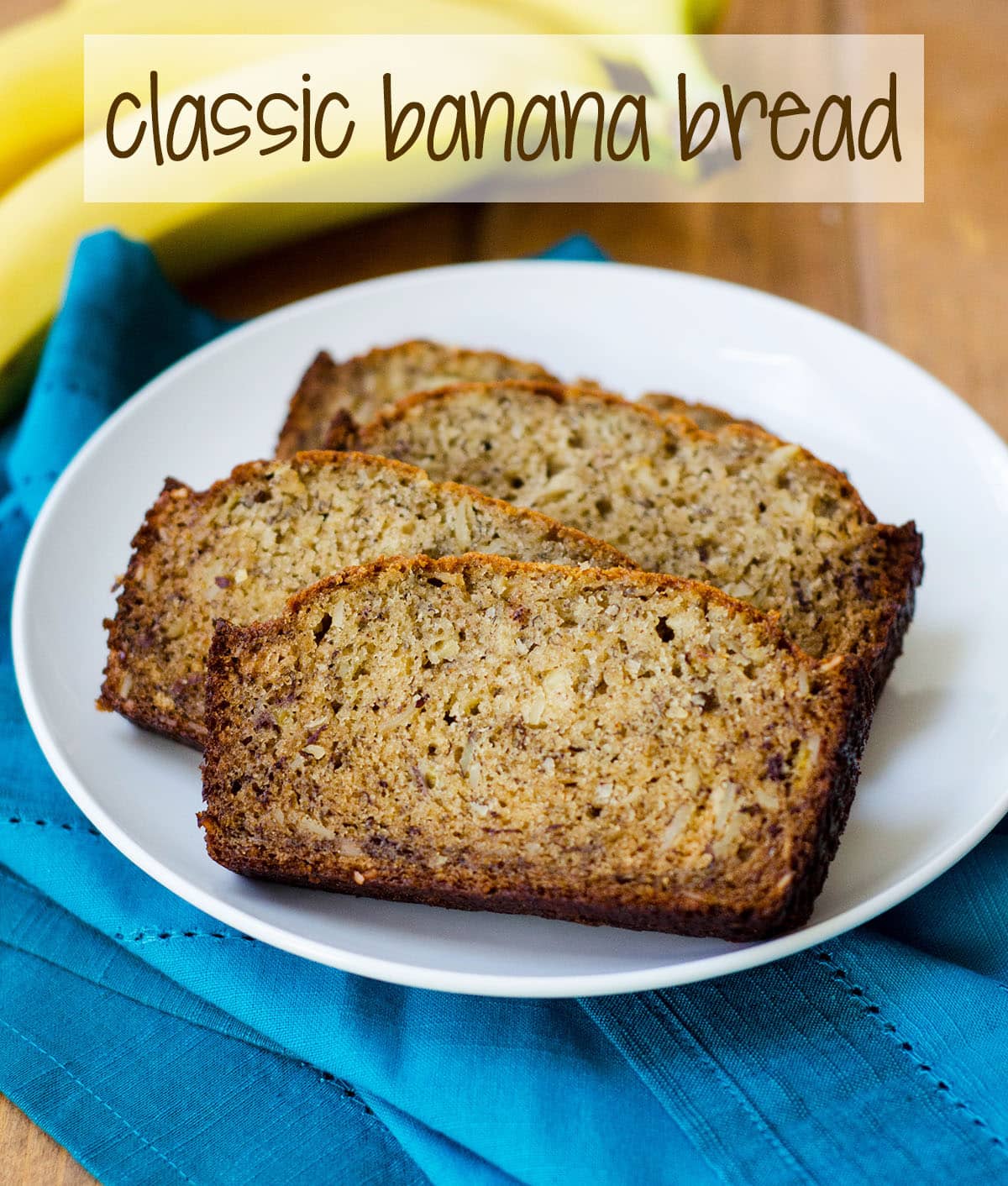 Spiced with a touch of cinnamon and studded with nuts, not much beats this classic quick bread! 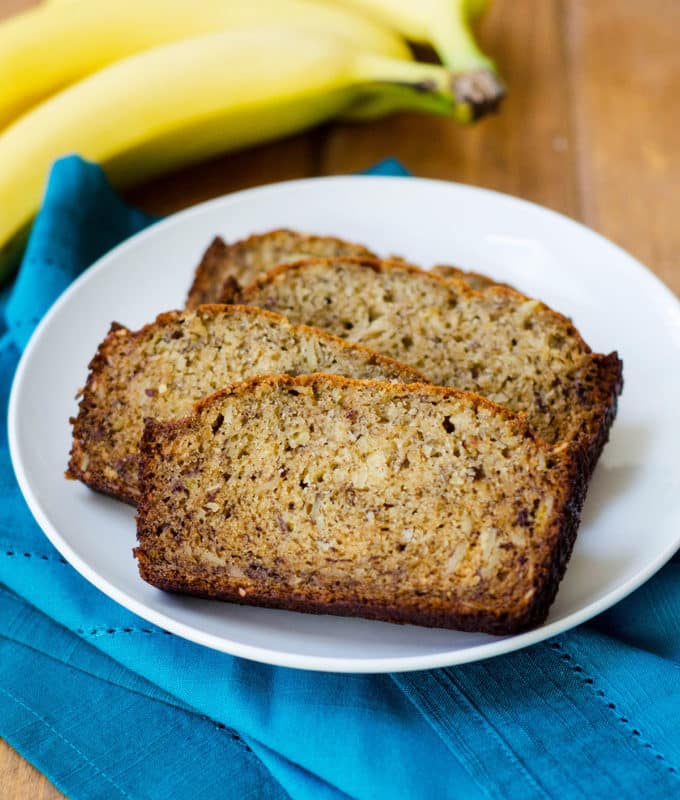 It is high time I share this recipe with you, friends. HIGH TIME. It’s been in my kitchen for years, baked dozens of times, but I have yet to share it with you, at least in its simplest form.

I mentioned this recipe last year when I posted banana nut muffins, and a year later, I’m bringing it back because what dessert-heavy recipe blog is complete without a banana bread recipe?

This recipe comes straight from Betty herself, but it’s specifically from my MIL. She’s been making this bread since the 90s, and it was one of the first things I learned about my MIL when I met Matt– she makes a killer banana bread and zucchini bread. 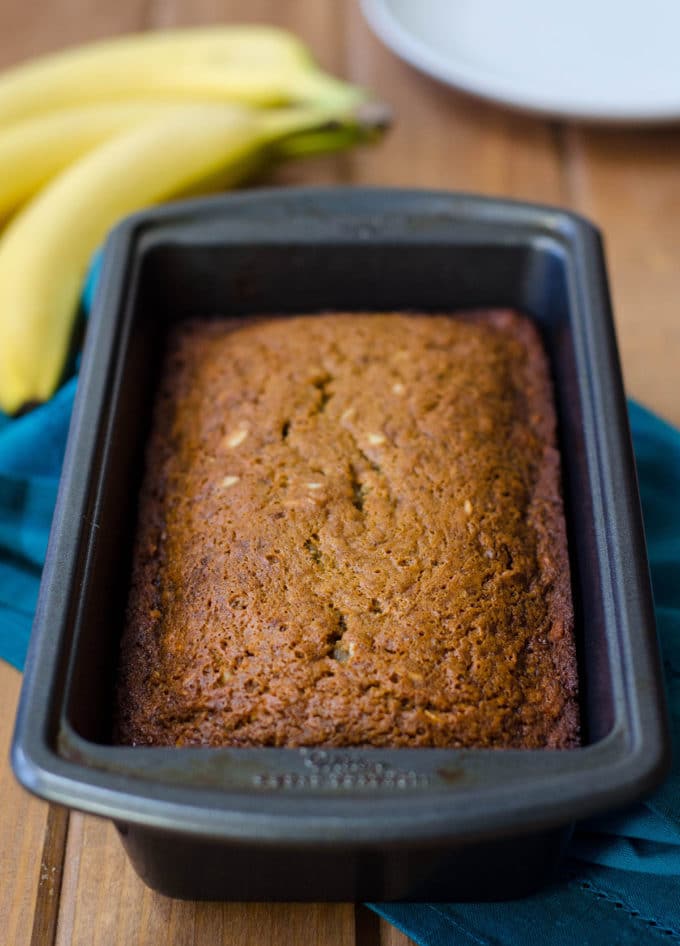 This banana bread belongs in the 2019 Bread of The Month collection, and it’s securing the 3rd spot, but it’s the first sweet quick bread I’m adding to the lineup. January brought us a quick bread, but it was savory– full of tomatoes and cheese and flavorful herbs. Last month, we worked with yeast to make a traditional Mardi Gras King Cake.

Your solution is banana bread! And if you’re not ready to make it when your bananas turn– peel them and freeze them and you’ll be good to go when you’re feeling inspired to whip it up.

BONUS POINTS: there is absolutely nothing special about this bread. You don’t need any fancy tools, ingredients, or skills. It’s incredibly straightforward, and you’re rewarded in the end with super moist, super flavorful, suuuuuper amazing banana bread that will keep you coming back for more. 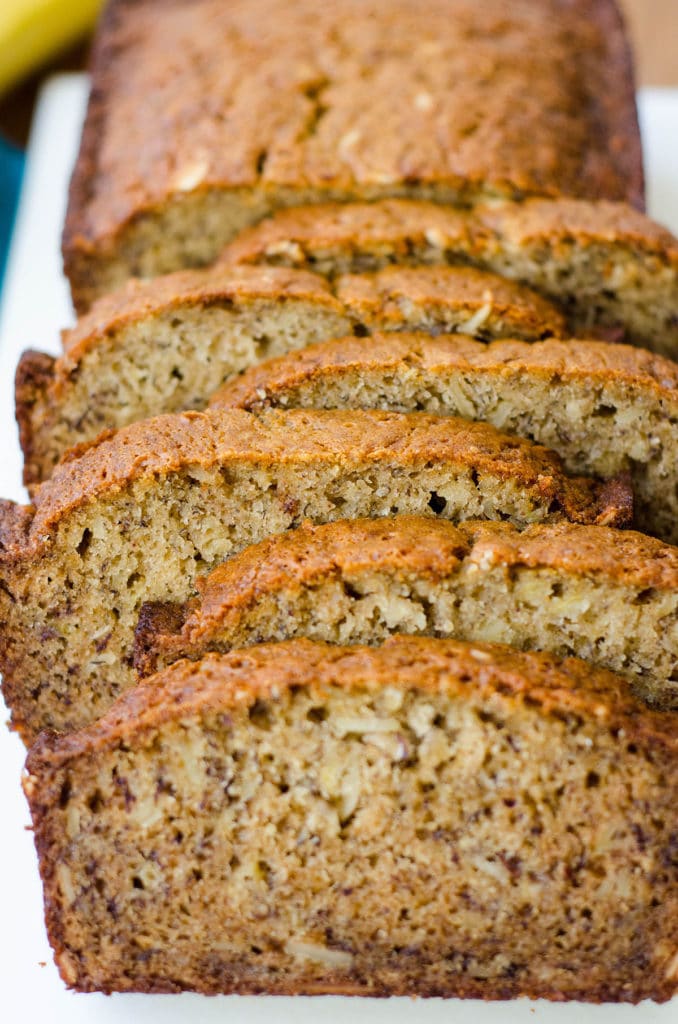 Just ask my kiddos! Both of them devoured this stuff. And I actually only got one slice. ONE!! Thankfully, I’ve had my fair share of banana bread in my life, and they have just discovered the gloriousness that is. So, I’ll cut them some slack.

Plus, I think that just gives me an excuse to make it again, oh, this weekend? Yeah?

Perfect for any time of year, can be enjoyed warm, room temperature, cold… With peanut butter, plain, with cream cheese… Banana bread knows no season in our house!

And now, I’ve done my due diligence as a food blogger. Five years later! 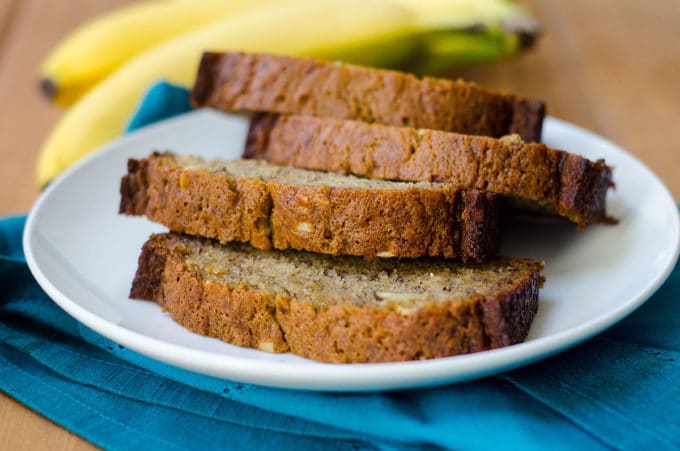 What are some recipes that have stood the test of time in your family kitchen? 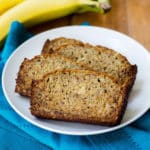 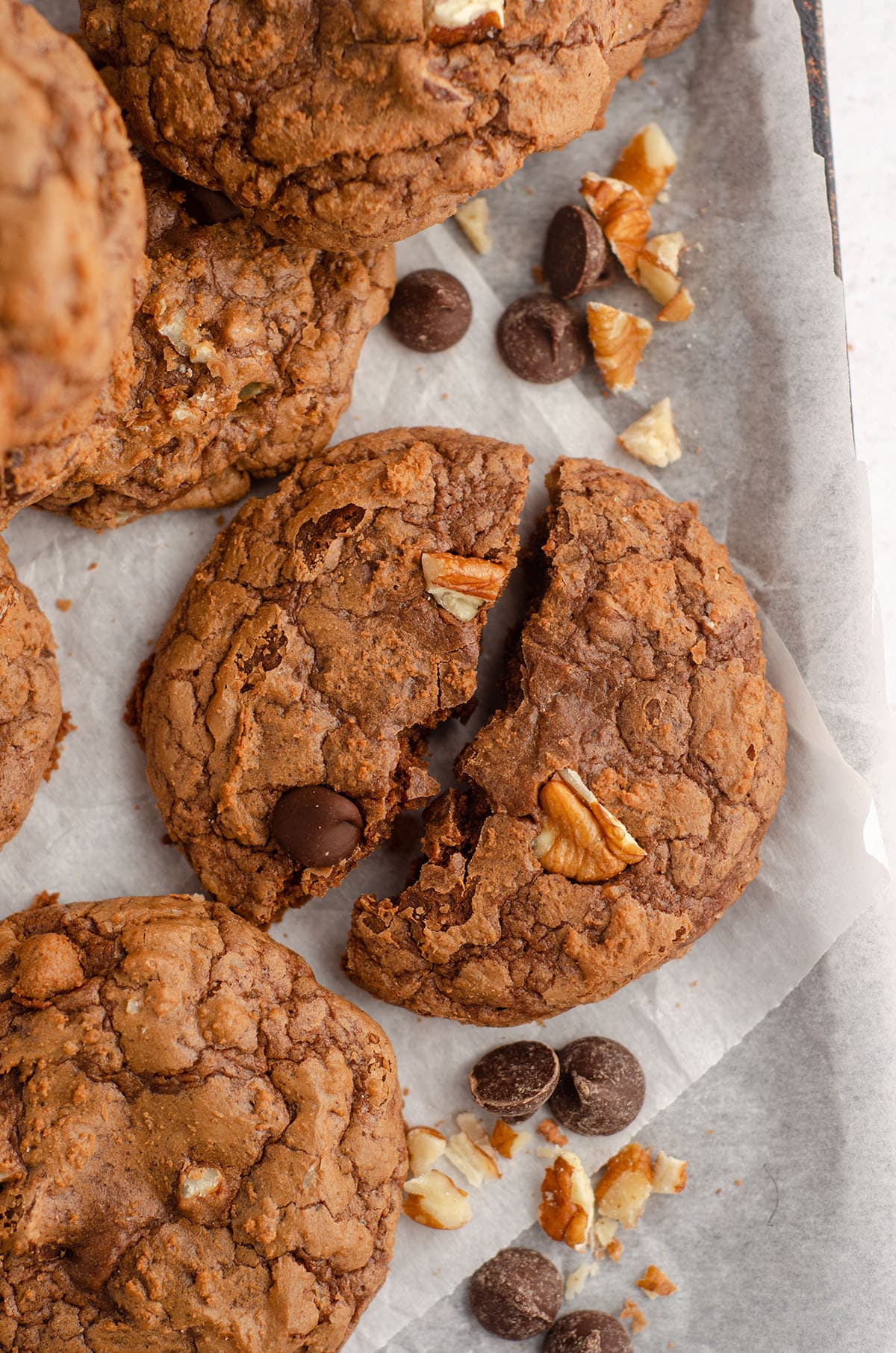 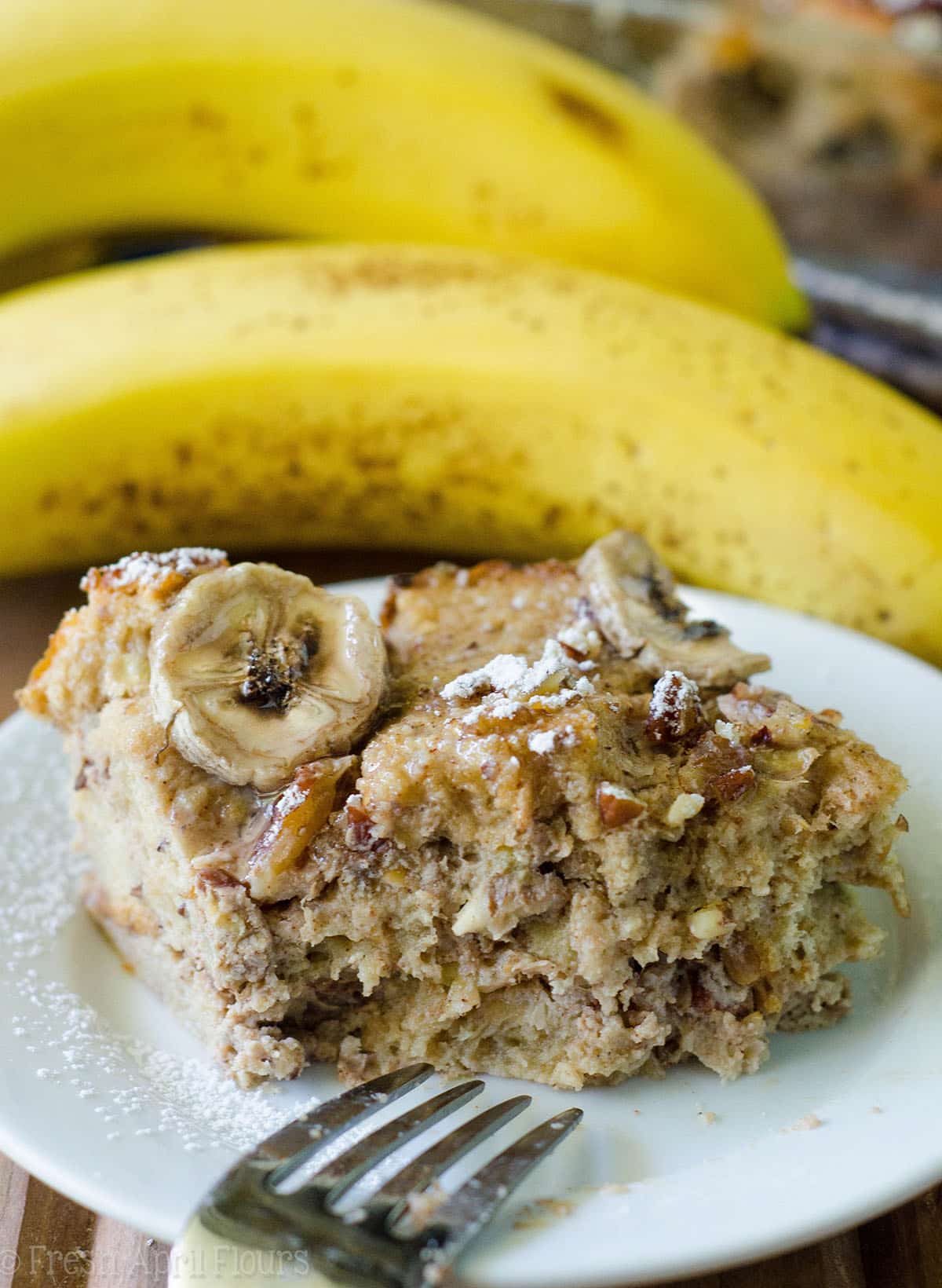 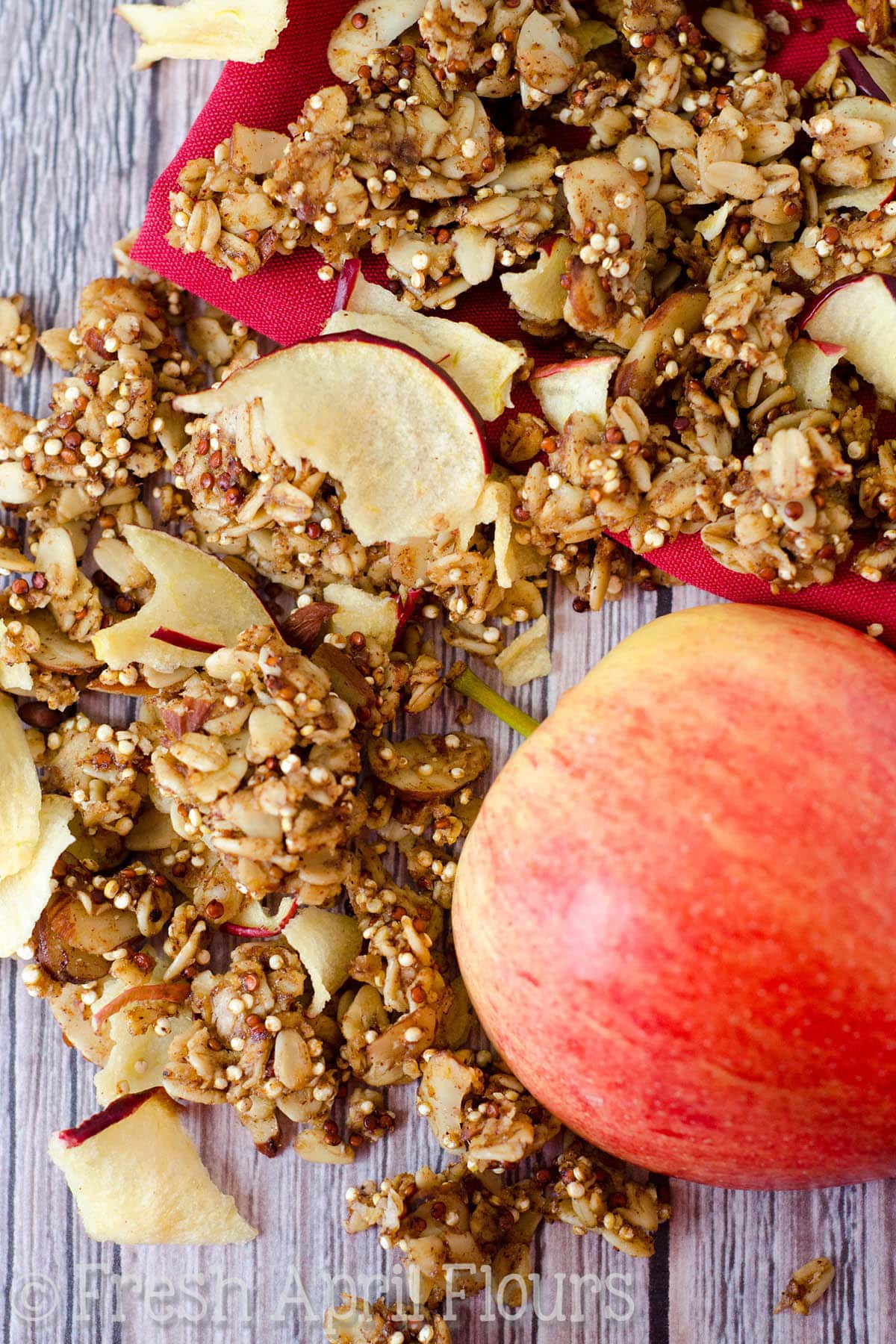 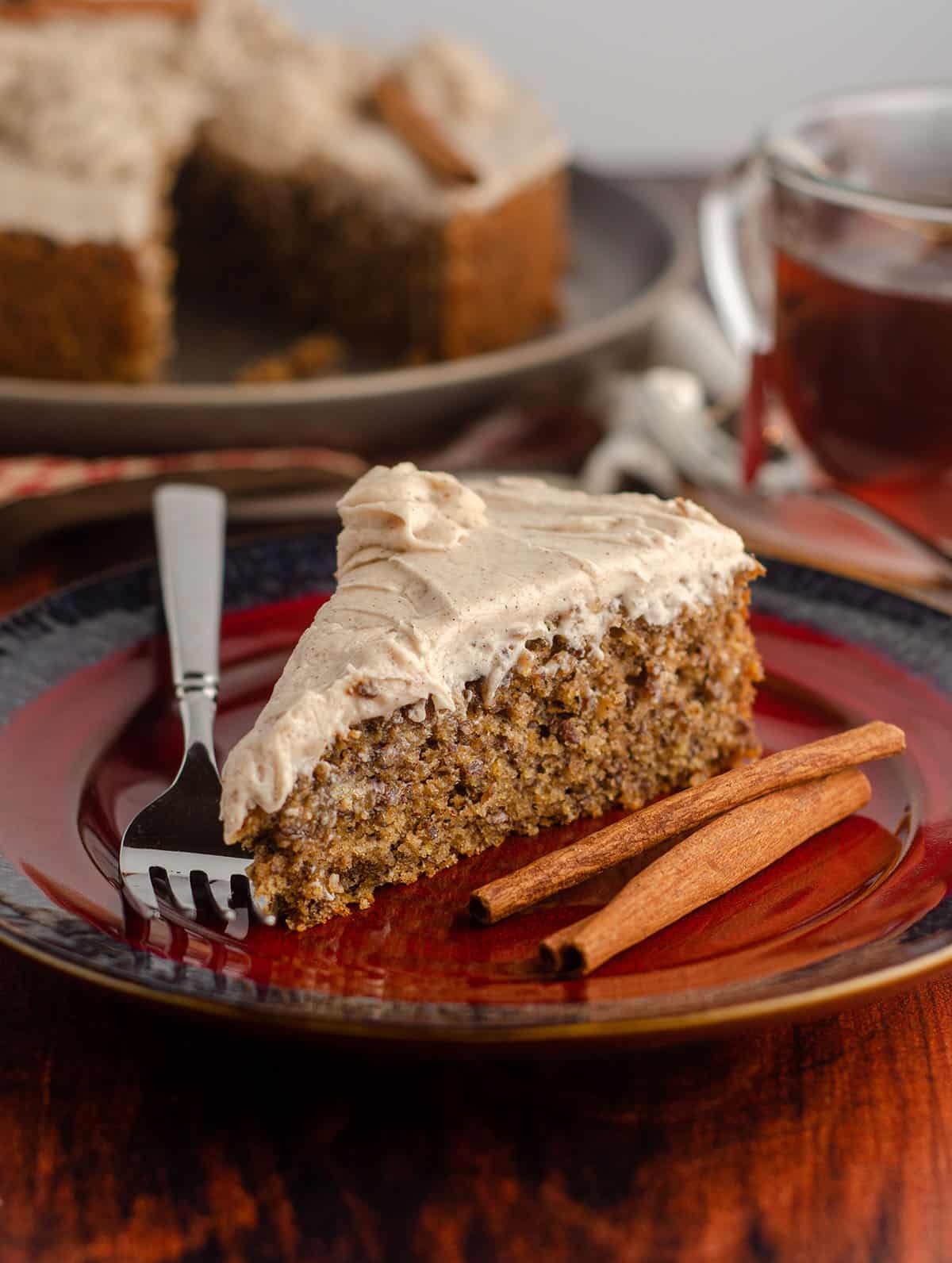 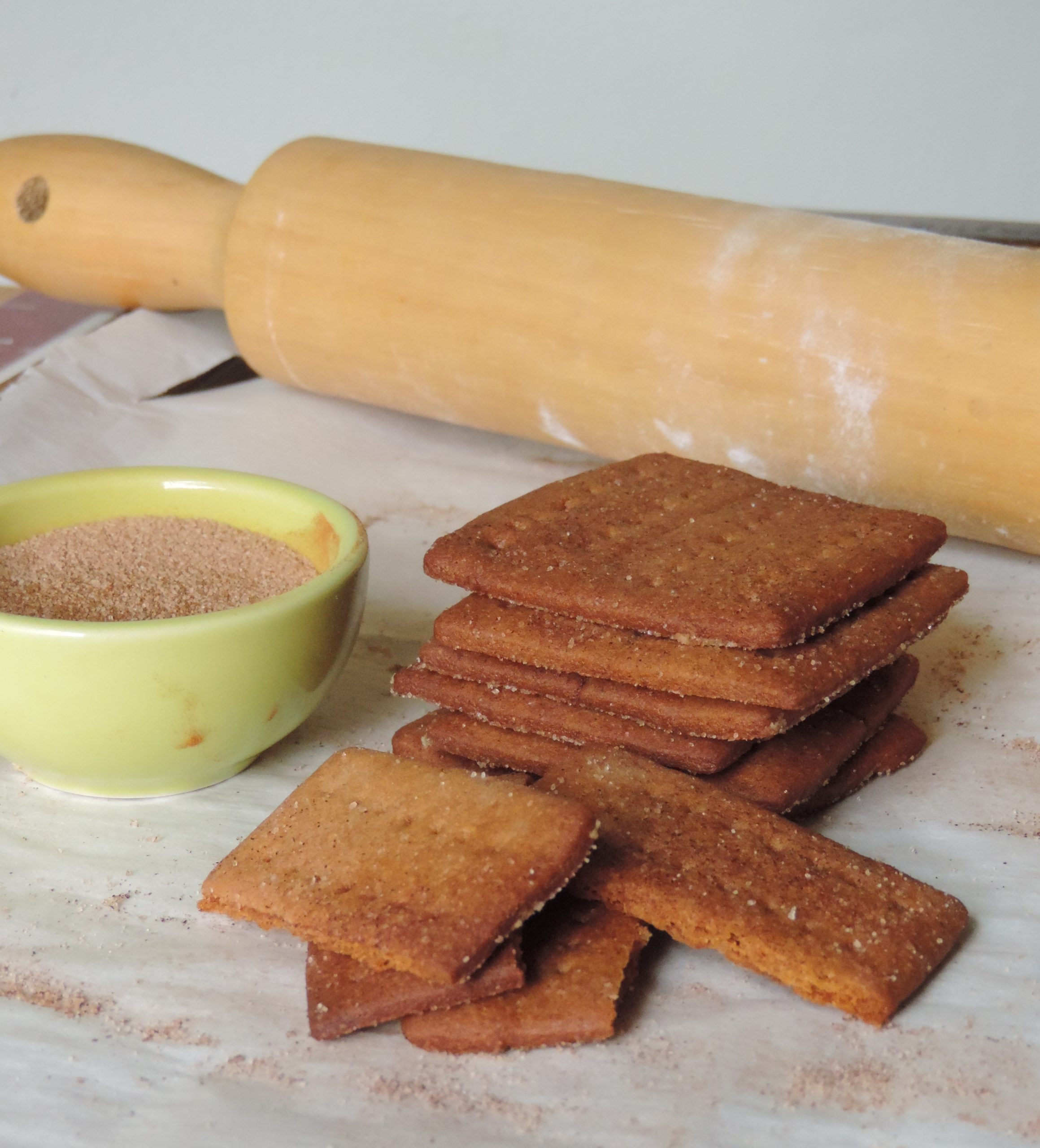 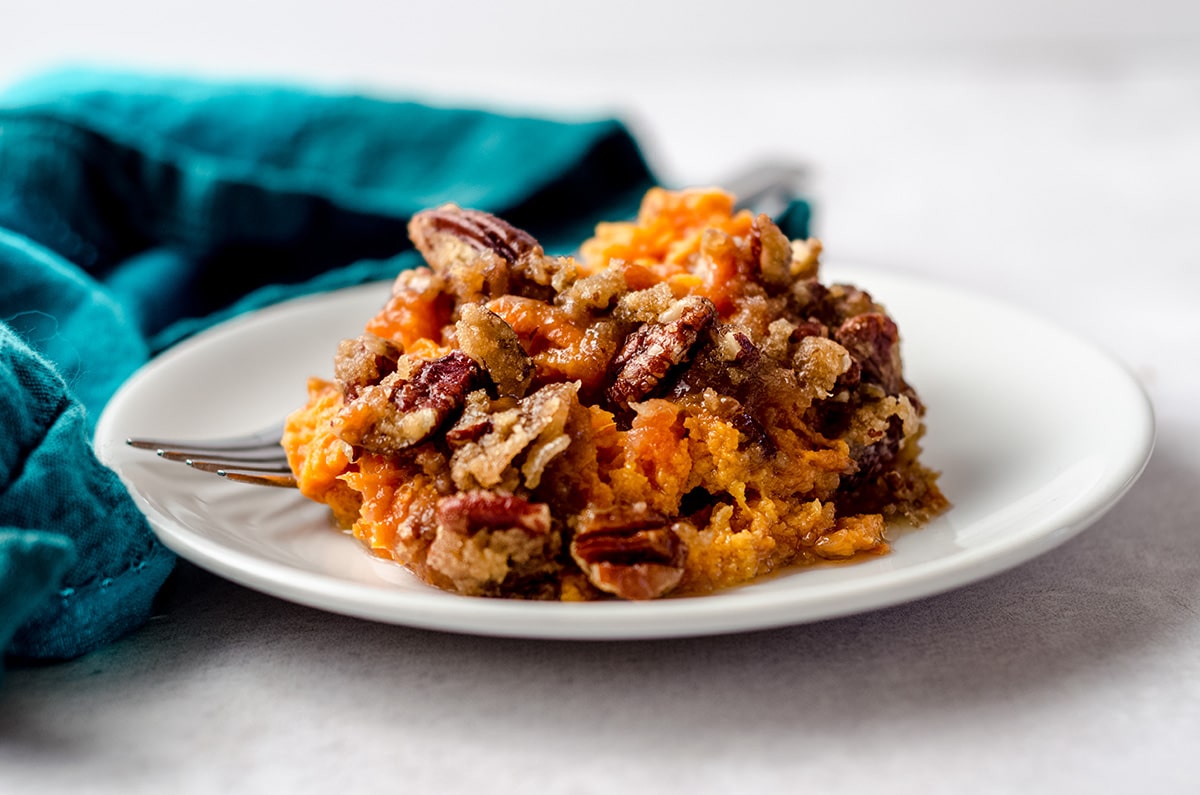 Nostalgia alert! This looks EXACTLY like the banana bread my mom used to make us growing up, and I’ve been search for the recipe for-ev-er. She said she just loosely followed a recipe in one of her favorite cookbooks, but couldn’t remember which. Probably Betty! YOU ARE AMAZING, lady. Going to have to bookmark this one for some weekend baking and a trip down memory lane.

YES! Probably!! I have a little cutout from a photocopy from my MIL, and it actually was pretty hard to find the Google link, hahaha. I hope you try it and love it!

This is the BEST banana bread I’ve ever had! Huge hit with my picky eaters… the neighbors… anyone who’s tried it!

Thanks so much, Tara! I’m really glad you and your crew enjoyed it.

I am not a very good baker, but this recipe is super simple and easy to follow and DELICIOUS. The cinnamon elevates the flavor making it even more yummy.

So happy to hear this, Sarah!

Quick and easy! I make it without the nuts and my kids love it!!

Thanks so much, Ashley! So glad everyone loves it.

When it seems inconvenient to make banana bread with over-ripe bananas, this recipe turns that around. It’s so, so simple and the most delicious!

Love this. Thanks, Lauren!