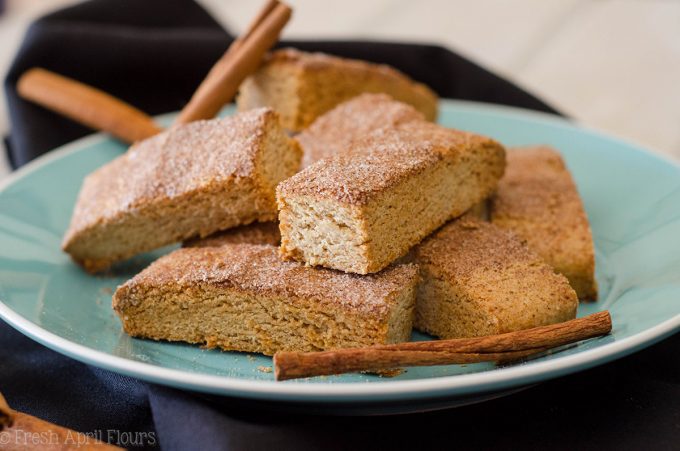 Mmmkay, how did we get here? Just one week until Christmas? This can’t be real life! I guess that’s one way to make Monday better, right? I know another way. Lots and lots of cookies. And the best kind at that– the kind made for dunking!

We’re nearly at the end of our 12 Days of Christmas Cookies celebration, and it just wouldn’t be a cookie celebration here at FAF without biscotti, now would it?

I’ve spoken about my love of biscotti a few times, so it’s high time I bring another recipe to you since the last one I brought was during 2016’s cookiefest.

And what better way to break in the biscotti this year than with a crap ton of cinnamon sugar?! No better way! 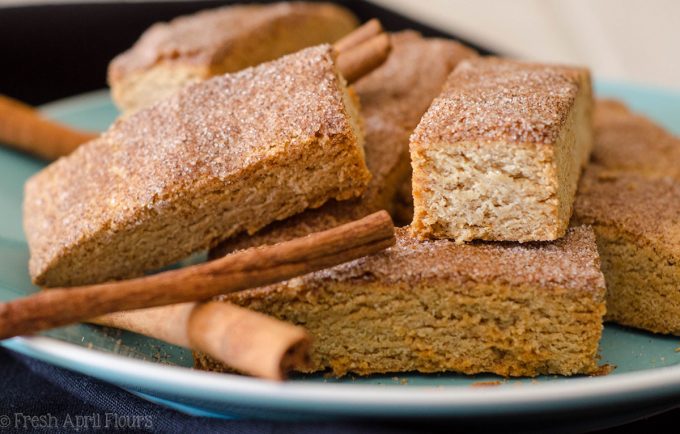 Classic snickerdoodles (and salted caramel stuffed! and chocolate chip ones!) are pretty popular here on the blog, and rightfully so. The combination of spicy cinnamon and sweet sugar grabs you by the tastebuds and sucks you into its irresistibly sparkly coating. I mean, a cookie that sparkles? Heck yes– sign me up!

If you’re currently thinking that making biscotti is hard or intimidating, think again. I lay it all out in this funfetti biscotti post about exactly how to tackle biscotti. It’s not very difficult, but requires a bit of hands on commitment.

You’ll see lots of pictures for reference in that post, and alongside my recipe instructions, you’ll ace this on the first try, I know it. Easy peasy cinnamon sugar squeezy.

Is that how it goes?

My favorite part about biscotti is the dunk. I like to dunk mine in coffee and milk, and I really can’t decide which I like better. I guess it depends on whether or not I’m eating breakfast or a snack. Because with coffee, any cookie can become a breakfast food. Don’t get that twisted. It’s a confectionary fact.

While these snickerdoodle biscotti aren’t super sweet as a cookie on their own, the cinnamon sugar coating on the outside is the perfect touch to make these biscotti classically snickerdoodle.

Just enough sugar and spice on the inside to stand alone pretty well, but the extra sparkly cinnamon sugar is the icing on the cake. 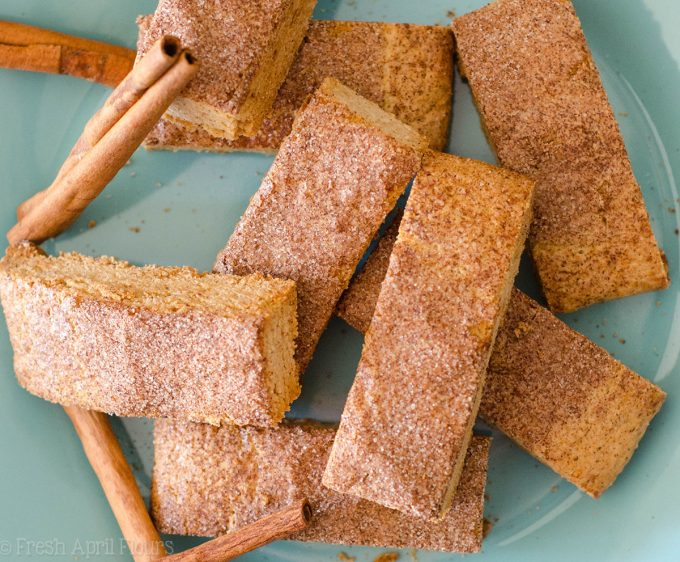 And since you’ll be putting the cinnamon sugar coating on before any baking, it will get nice and crispy and toasty and ohmygosh it’s just the best. A mildly messy cookie is always a good one in my book.

So try your hand at biscotti this year, if you’ve never attempted it. I bet you’ll surprise yourself in just how next level you can take your cookie skills, despite my promise to you they are much easier than you think they are. 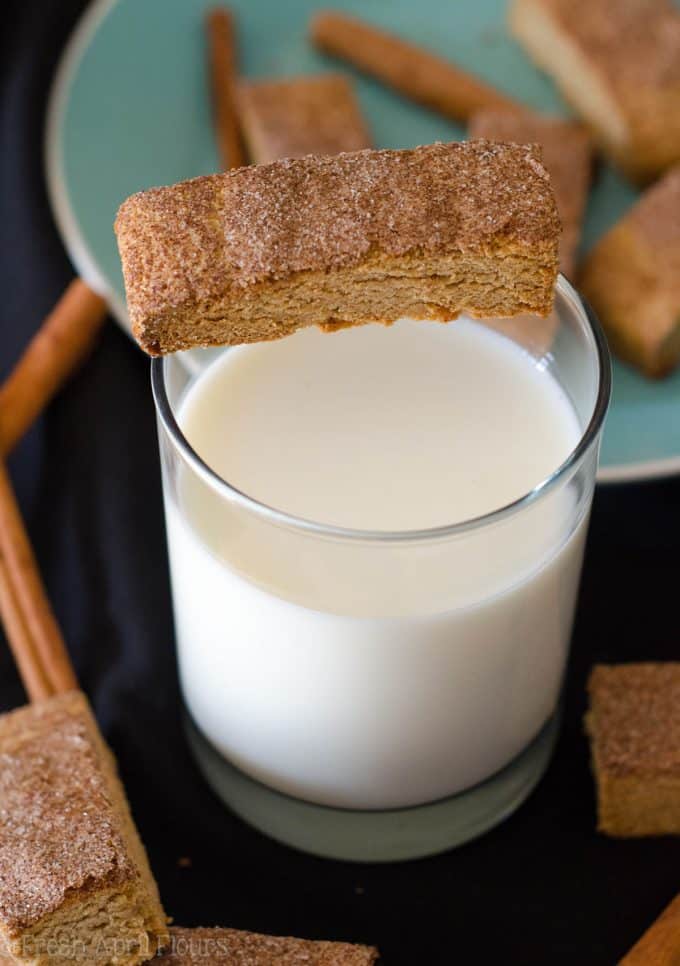 PLUS, the dunk. Always for the dunk. 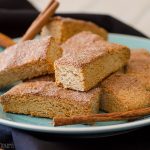 Could not get the dough to come together using measures provided. Adding extra oil and butter made no difference.

Hey, Claire! I’m really sorry to hear this. I know the recipe is correct— I just checked it against all the other biscotti recipes on my blog. They all use the same base, and I am always able to bring the dough together. I wouldn’t publish them if I couldn’t! In fact, I just remade one of my biscotti recipes last weekend, so I know the recipe still stands proven to work.

First time making (and eating) biscotti and these were easy in my opinion and tasted amazing. Not sure if my thickness\crispness was right on but I plan to keep trying!